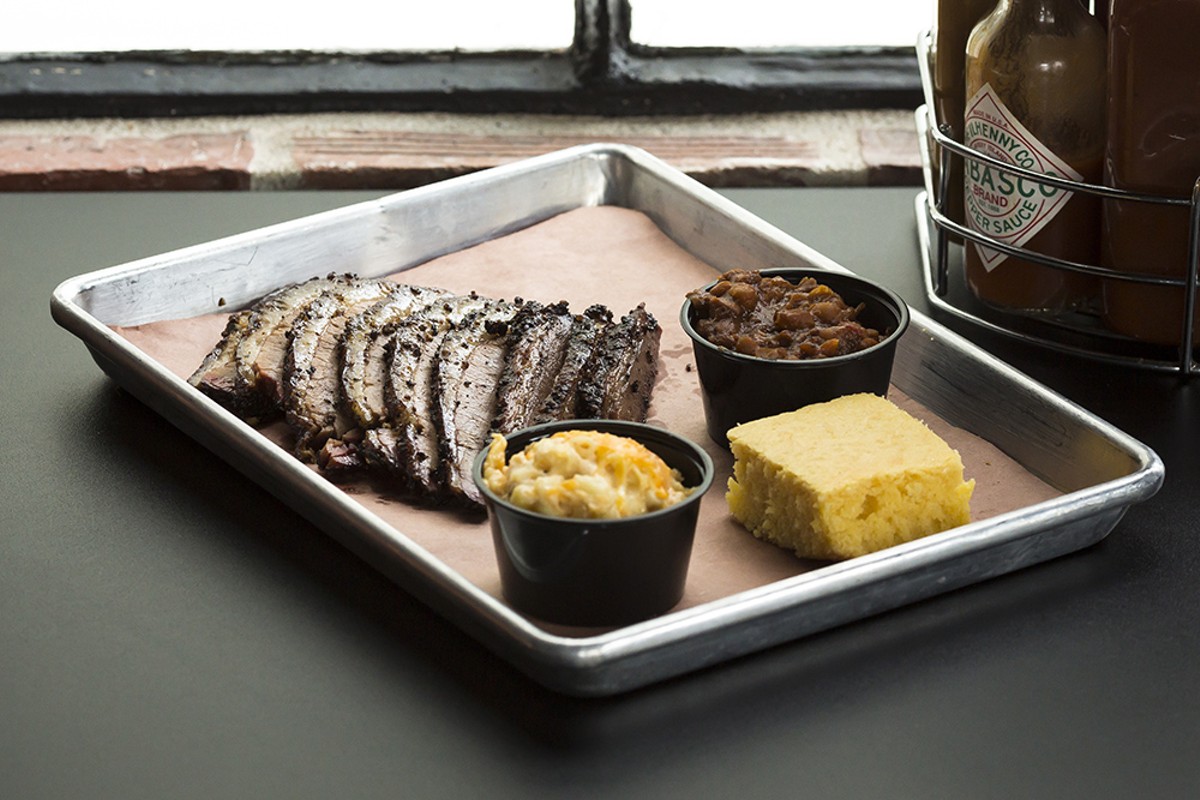 Sanford – it's kinda like Brooklyn without the bridge, the insufferable accent or the rampant hipsterism. Sure, Brooklyn can lay claim to the mobile BBQ Smokercycle, but it couldn't hold an energy-efficient candle to a certain barbecue joint in the Bokey that goes by the very unhipster name of "Fuel." Owners Chris and Michelle Johnson annexed the space next to their popular blues bar, the Alley, to house this comfy little pit stop because, after all, there's no more natural a pairing with blues than barbecue (though vision loss comes a close second). But even Blind Lemon Jefferson would have to give some Texas props to the mad char being fired up by pitmaster Clay Watson, who moonlights as trombonist for blues-rock outfit the Legendary JC's. Just ogling the flesh on the steam table brought out our hoggish nature, but little did we know that the act of rattling off the meats we desired would darn near blow our cover.

"That's a lot of food you're ordering," half-joked the man behind the counter. "You're not reviewing us, are you?"

"No, we're just starving," came our half-true reply, which increased in truthiness the moment we took a seat on a picnic bench outside.

The barky velour of the brisket ($12 for 8 ounces) rivals that of 4 Rivers, Cecil's or Pig Floyd's, and we had an absolute fiery blast enjoying them with a trio of experimental spicy barbecue sauces. (You can try them too – just ask for the "hots.") It was a rush mopping carefully cubed burnt ends ($7 for 4 ounces), most of which were wonderfully succulent, with a sweet and fruity burner of a sauce. We wouldn't have known the pulled pork was seasoned with rib drippings, brown sugar and butter had we not been told as much, but it might've explained why we thought so highly of the flavorful strands gracing the butcher paper on our metal tray. A side of fried-to-order okra ($2) was literally popping fresh, and the collards ($1.50) were served just the way we like 'em – wet and hammy.

But our dance cards were still filled with the names of many a meat, so next we grooved to the sweet sounds of ribs ($8 for a quarter-rack) being masticated, on and on and on. The competition-worthy St. Louis-style ribs are smoked, rubbed in sugar and spice and buttered up nice, then smoked again. Then we gave pulled chicken ($6 for 4 ounces) a whirl (but not before a proper-good saucing), and then swayed to the smoky, if slightly salty, smoked half-chicken ($8). Sides of mac and cheese ($2.50) and sweetish baked beans ($1.50) added an additional heft to our gluttonous gambol, as did pale-yellow blocks of addictive cornbread, made from an old family recipe and included in every order.

We didn't care much for grainy banana pudding ($3), but we were proud of ourselves for keeping the whole excessive meal down (which was performing its own sort of dance in our stretched bellies). When it came time to take a breather, we breathed and did so without feeling rushed to leave. Nah, things are pretty chill here, so much so that you'd never guess Fuel was adding fire to Sanford's smoking-hot food scene.