‘Modern, un-kosher’ Deli Desires in Colonialtown will give you a proper case of deli belly 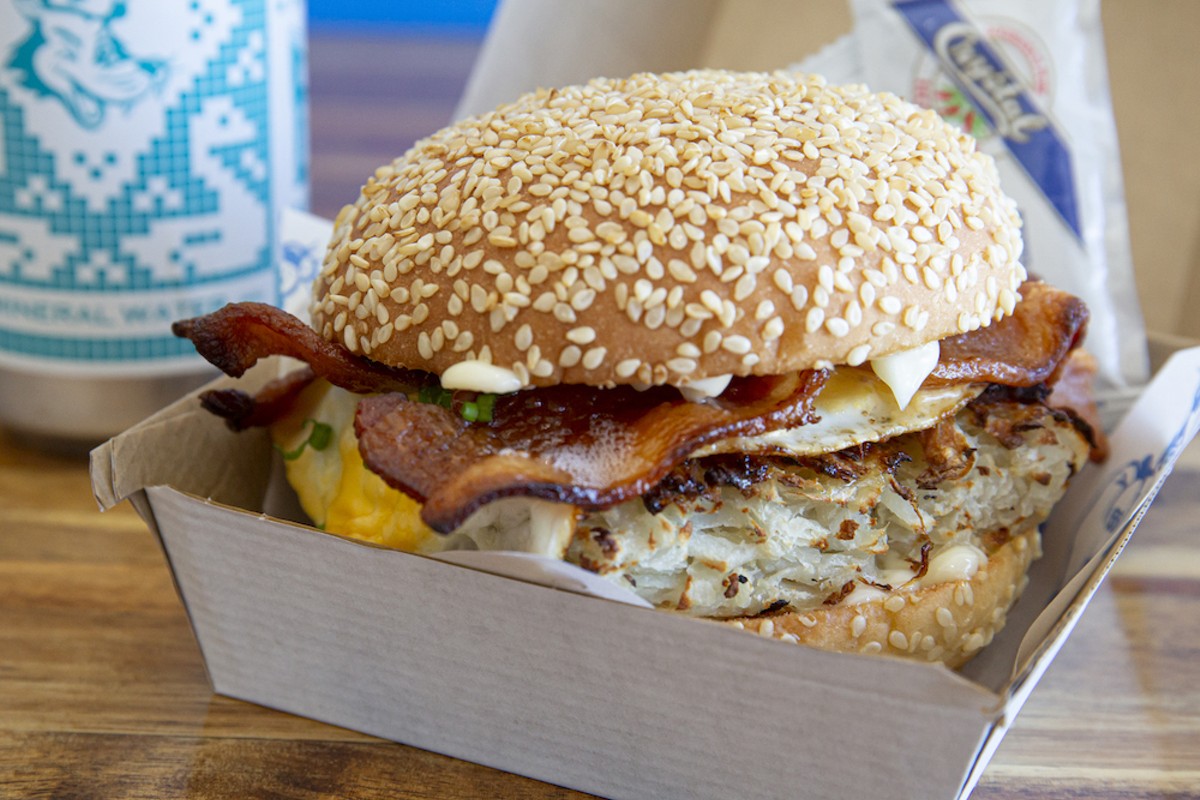 As teens, my friends and I couldn't really wrap our heads around why anyone would eat a tuna salad sandwich, or the fascination our Jewish pals had with lox and bagels — we disparagingly referred to it all as "white people food." Our motley crew, after all, grew up on the bolder flavorings associated with Caribbean, Indian, Chinese and Middle Eastern cuisine. The dismissive attitudes were, in part, a retaliatory measure against the ribbing we took — at times from each other, but mainly from white friends — for the fragrant home cooking we commonly ate in the school cafeteria.

But finding solidarity in maligning "white people food" and its seemingly pale, bland profile didn't last very long. Gorging on fluffy Toronto-style bagels from Gryfe's and pastrami-on-rye sandwiches at Wolfie's Deli off Bathurst Street not only helped to evolve our culinary sensibilities, it drew our interest into more "white people food" — schnitzels, goulash, corned beef and cabbage, even boeuf bourguignon (there was a French bistro, Café en Passant, across the street from our high school). It's easy to see why Multicultural Day took on such great importance at our high school — to expose white culture to non-white perspectives, and vice-versa.

Now, I'm not about to profess my love for tuna fish salad or lox anytime soon, but I can appreciate them now a whole lot more than I did as an uninformed 15-year-old. From Deli Desires, the buzzy Colonialtown breakfast-and-lunch joint by husband-and-wife tandem Hannah Jaffe and Nathan Sloan, I sampled some cured salmon — gravlax, in this case — layered inside a toasted bialy with red onions, capers, tomato and cream cheese ($12). I'll never go gaga over it (my wife did, however), but I was struck by the bialy. This non-boiled, malt-free cousin of the bagel has a depression (not a hole) in its center, which was outdented with caramelized onions. I ordered one with "everything" butter ($5) and I swear I could've eaten three or four of these buggers in one sitting. Instead, I absolutely scarfed down a labneh bialy with marinated cuke, pickled onions and herb salad ($8). I now understand all the hubbub that's bubbled around Deli Desires since their Instagram-only days.

Dig into Jaffe's past and names like Michael Voltaggio and Jessica Koslow pop up: Jaffe cooked with the L.A. notables at ink and Sqirl respectively, while Sloan worked with Beard Award winners Jon Shook and Vinny Dotolo at their Los Angeles seafood joint, Son of a Gun. Despite those West Coast pedigrees, Jaffe and Sloan met at the Hideaway Bar and got married at Redlight Redlight which is, like, the most Orlando thing ever.

I feel fortunate they chose to stay and lay roots here because I'm not sure I could live without their corned beef "Big Mac," layered with lettuce, American cheese, pickles, onions and, yes, special sauce ($10). It comes on a Martin's sesame bun, which is about the only thing not made in-house. Well, that and the pre-packaged and porky scrapple — "this is a Jewish deli, but a modern, un-kosher one," says Sloan. So go ahead and slap some bacon onto the latke sandwich ($8), a handheld even more filling than the "Big Mac," with egg and American cheese joining the fat potato pancake stuffed into a sesame seed bun. There's even a smear of Duke's mayo for a little Southern twang.

I couldn't possibly leave without sampling some of their fresh-made sweets, and let me just say that both the strawberry-Manischewitz challah bun ($6) and the brownie with tahini drizzle ($5) paired nicely with an Americano ($3.25) brewed with Bandit Coffee out of St. Pete. I should mention that I ordered the beet, fennel and walnut salad ($3) as well, but noticed its absence when I opened the takeout bag at home. Oops. Hey, it happens and, besides, there'll be plenty of opportunities to try that salad, along with all the other items I haven't yet sampled — the sandwiches, assorted pickles, house-made sodas and (gulp!) even the tuna salad.

There's just so much left to explore — so many desires yet to be fulfilled.