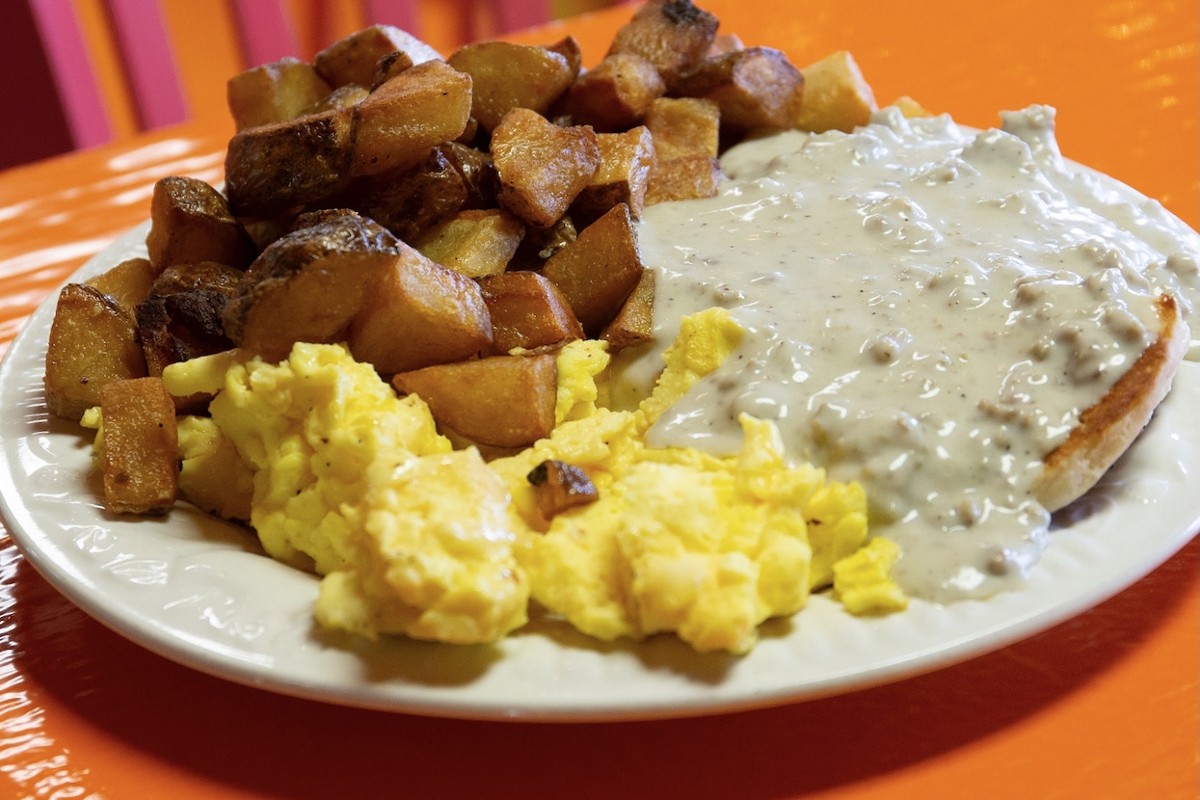 FK Your Diet doesn't suffer from a split personality; it revels in it. The Edgewood restaurant has cultivated an identity around the plight of foster kids (they're the "FK" in the restaurant's name) and donates 5 percent of revenues to agencies supporting vulnerable, unprotected and overlooked children.

But when it comes to food, the image projected is one of reckless depravity. Theirs is a no-holds-barred approach to cooking that tosses any concerns about portion control, caloric intake or healthy eating into a dumpster, coats it in lard, then sets the whole bloody thing on fire.

Got feelings about it, do ya? Well, FK your feelings and heed the words emblazoned on the restaurant's fluorescent yellow walls — "If it makes you happy, it's healthy." No, it's not a slogan endorsed by the American Heart Association, but it's hard not to buy into FK's messaging and get carried away in a swell of arterial imploding doom.

Here, sugar and fat are sacrosanct, and holy hell, do you get a taste of both in the French toast ($10.99). And not just any French toast, either: Here, the bread is dipped in a batter comprised of (are you sitting down?) vanilla Oreos, vanilla wafers, eggs, heavy cream, cinnamon and a whole lotta sugar. Then it's fried on a griddle in clarified butter before being cut into Lincoln logs and deep-fried. Said logs are then assembled into a house and smothered in a cream-cheese frosting syrup. It also comes with a side of meat. Our choice? Why, ground chorizo, of course, because nothing goes better with French toast than ground chorizo.

Certainly, family plays an important role at FKYD — I mean, no matter what you order, it could literally feed a household. Case in point: the Fat Bastardized heaping of biscuits and gravy ($10.99). Miller, a gregarious chap prone to chatting with every patron in the restaurant, swung by the table to tell us he uses four pounds of Jimmy Dean sausage to one gallon of milk. There also appeared to be, no joke, two pounds of fried potatoes on the plate, along with two fried eggs. Miller says it's his bestseller, and I can see why.

He also touted his seafood bisque (which they were out of) and Reuben sandwich ($13.99) made from brisket brined for 20 days and baked for 25 hours. We ordered it; four people could eat this pretty mess of a sandwich and be stuffed. BTW: None of the items fall short on flavor, in case you were thinking FKYD was just all about quantity.

Now, you might get it into your head to share one of FK's dishes with your companion (or a hungry family), in which case you'd be subject to a $3.50 split charge. It's actually a pretty good deal. Sure, you could take it to go, but given the heft of most of the dishes, they're better suited to being eaten right away. Even the fried bologna sandwich ($10.99) with its cheddar, mayo, lettuce and tomato, soaked through the bread by the time I got it home. That didn't make it any less gratifying, however.

I should mention there are a couple of picnic tables with umbrellas near the entrance for those who'd rather dine outside. If you choose to dine inside, servers are masked, but they are seating at full capacity. My one takeaway from dining at FK is that Miller doesn't pander to industry trends or conventions. He goes all out, no matter the cost, so expect to bask in his "go big or go home" mindset. Just don't expect him to trim any fat.