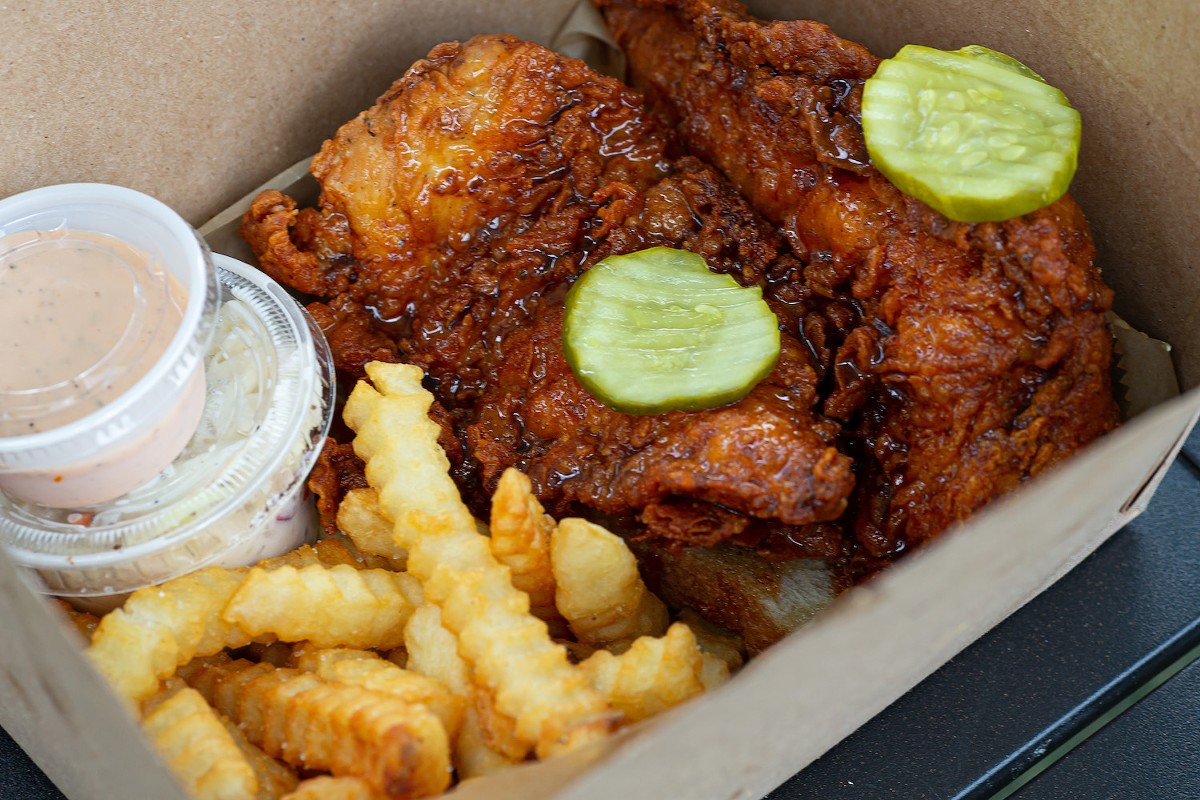 Cooking with love can make all the difference between a good dish and a great dish. But cooking with revenge? Well, that can mean the difference between dead meat and hot meat. Luckily in the case of Thornton Prince, it was the latter, so the story goes. Some Saturday night philandering gave Prince's good lady an idea to tat all his titting about – she'd lace his Sunday morning fried chicken with enough capsaicin to put his knickers in a twist and his bowels in full churn. Unfortunately for her, Prince not only loved the chicken, but opened a restaurant specializing in the scorned woman's fire bird. Thus the legendary Prince's Hot Chicken Shack in Nashville was born, tempting masochists from all over the world to grease their chops, redden their fingers and baste in their own sweat.

Here in Orlando, Kwame Boakye carries the torch and damn well burns the place down from a food trailer he calls "Chicken Fire." And the chicken is fire. Absolute fire. This kid from Akron with Ghanaian roots spent months perfecting his recipe, and a purist one at that. It has, evidently, impressed visiting and expat Nashvillians alike, and well it should – Boakye procures his chicken from Prestige Farms in North Carolina, brines it, batters it, fries it, then tosses it in a hot oil glaze peppered with a secret blend of spices of which cayenne and brown sugar are the most discernible. And this being Nashville hot chicken, even the "mild" is anointed in demon lube.

He's been serving it at food truck park A La Cart but, by the time you read this, Chicken Fire will be set up at East End Market for the month of July. (After, that, check the Facebook page to find the truck.) Yep, Boakye will add more heat to the hottest month of the year – and there's talk you may see them at the market on a more permanent basis. This really needs to happen, 'cuz Boakye's NHC is the some of the best you'll have anywhere. Seriously. (I'm coming for you next, Fat Mike's.) 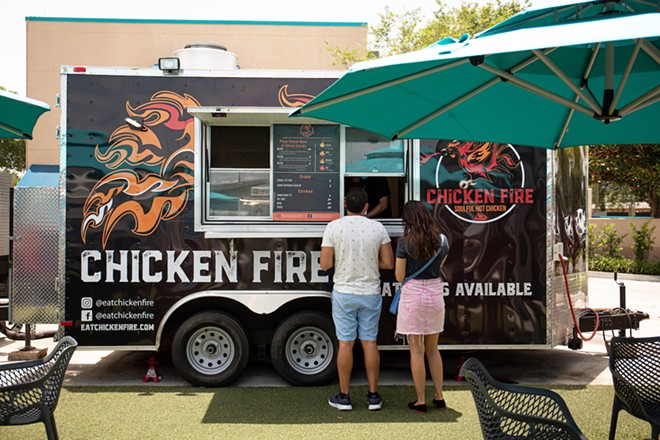 The white-meat tenders, served in kid box ($5), hot box ($9) or big box ($12) sizes, gave me all the mouthfeels – crispy, juicy, greasy, infernal. They're streaked with a bit of honey, sit atop white bread (just like they do at Prince's) and come garnished with pickles. There's even a creamy sauce intended to palliate the sting. Re: those heat levels, the "medium" tenders immediately drew out the hashafashashas and beads of sweat from my comrade's head. Didn't help that it was 95 degrees sitting out on A La Cart's artificial turf. The outdoor space was unusually busy for a Tuesday night and right after devouring a "hot" slider ($11 for two) with crinkle fries and guzzling a glass of Wicked Barley's strawberry-kiwi milkshake IPA, I got the holy hell out of there. Let's just say the social distancing being practiced by A La Cart's patrons wasn't to my liking, though staff were quick to admonish guests not wearing masks. On the following Friday, the crowds had thinned a fair bit – no surprise, given it was the day alcohol consumption at bars was suspended. It was also the day I ordered my tenders "hot x2" (translation: "hot hot") which is one notch below their hottest offering, "hot infinity" (translation: poof!). One bite was all it took for my scalp to transform into a water sprinkler.

Nevertheless, I'm, uhh, stoked to see Boakye experiment with the Scoville Scale as he grows Chicken Fire's menu. Personally, I'd like to see him incorporate his Ghanaian roots into his chicken – maybe serve it with jollof rice punched with habañeros. Whatever he ends up offering, rest assured there'll be no serenade, no fire brigade, just culinary pyromania.