Boheme Restaurant puts the “art” back in culinary arts 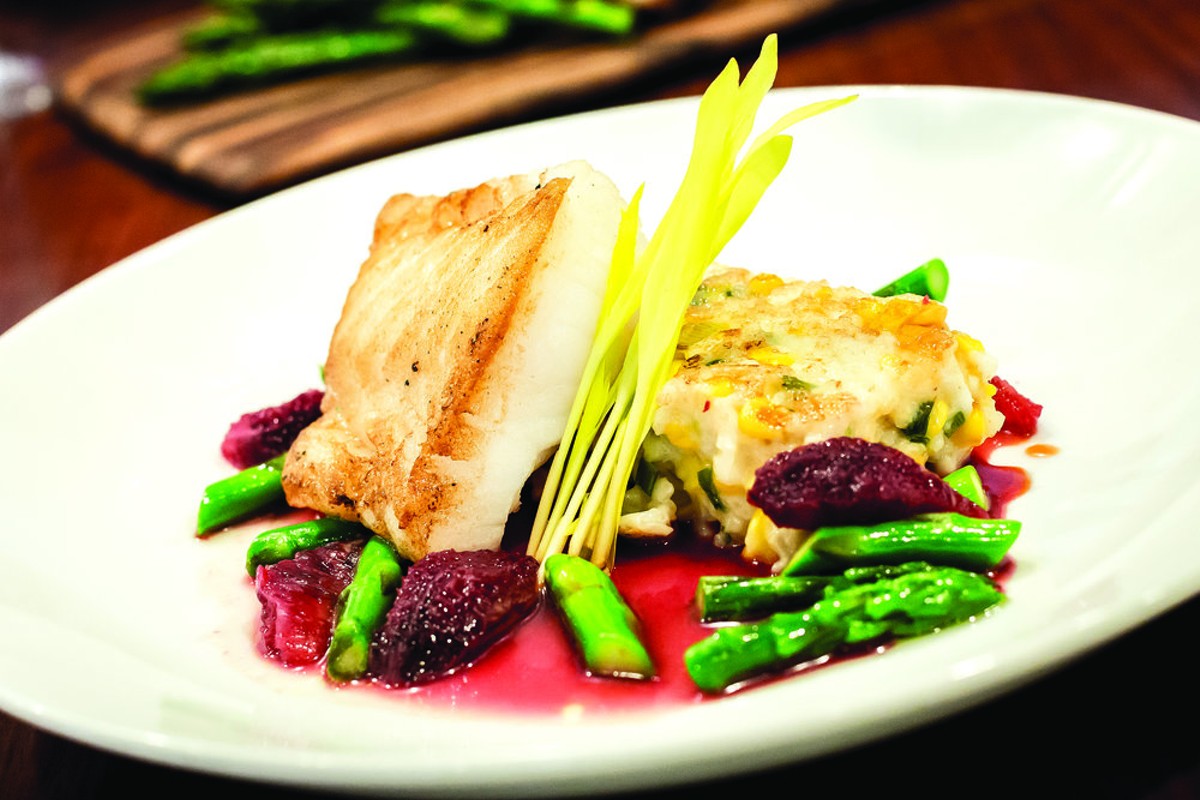 I've been meaning to pay a visit to the Boheme Restaurant inside the Grand Bohemian Hotel ever since Rene Nyfeler took over director of food and beverage duties and Laurent Hollaender stepped into the role of executive chef. That was more than three years ago, and the subsequent buzz being generated about the food and the restaurant's design refresh gave rise to this Saturday-night visit. On all accounts, it really couldn't have gone any better.

The sheer resplendency of the dining room can prove distracting when being led to your table, so try not to bump into a column while gawking at an original work of art. Custom walnut tables, Carrara marble finishes and a sea of sensuous "Kessler red" (which is like "Netflix red," only redder) make quite an impression. Sitting in my red leather chair and peering through the red string drapes, I drifted into a sudden make-believe reverie. As I awaited the presentation of my readied opium pipe, "Can I start you off with some still water?" came the trance-fracturing greeting. I gave our server the blank Christopher Walken gaze before my wife embarrassedly responded in the affirmative.

Seeing the words escargots de Bourgogne and crispy smelt and watermelon and feta on the menu induced another spell, but this time I was all too eager to speak up. Said dishes arrived in due time, even with a large party occupying the energies of our poised and ever-capable server. Just know that things aren't rushed here. Plates are brought out in appropriately paced fashion, allowing for plenty of time in between courses for us to "visit," as my wife likes to say. The escargots de Bourgogne ($10), served in a snail plate, show off Hollaender's French roots. The half-dozen gastropods are covered in panko and baked in a buttery garlic aioli. As rich and heavy a dish as this was, the refreshing watermelon and feta salad ($9), speckled with roasted pistachios, was the complete opposite. Our only nag was the inclusion of baguette croutons – more soggy than crunchy and wholly unnecessary. If the plate of fried rainbow smelt ($12) had been the only thing we ordered, we'd leave utterly gratified. The wee battered wonders were crisp and lemony, and a dip in Moroccan-spiced aioli made them all the more stellar. Not sure why only half a Fresno pepper was served with the fish, but more would've been nice.

The launch of the Boheme's summer seasonal menu means new items (like the watermelon and feta) are being offered. Another such dish is the roasted lamb loin noisette ($32); the fat cap crusted with oregano fleur de sel just added to the succulence of the two wondrously tender cuts. Fingerling potatoes, summer squash and natural jus rounded out this winning dish. The inclusion of poached carambola (starfruit) really allowed the flavors of the duck breast ($27), beautifully presented with spring forest mushrooms, rainbow Swiss chard and roasted marble potatoes, to burst forth.

Enjoying the sounds of bebop filtering into the restaurant from the Bösendorfer Lounge was almost as enjoyable as biting into the crack pie ($9), a reasonable facsimile of the one I sampled at the Momofuku Milk Bar in Toronto. The tiramisu cheesecake ($9), while good, played a supporting role in my rapidly slouching posture. Satiated, and beginning to slink back into my chair while listening to some riff on Monk, I wasn't about to allow myself to fall into another reverie, oh no. After all that we sampled, it was clear the food here was dreamy enough.