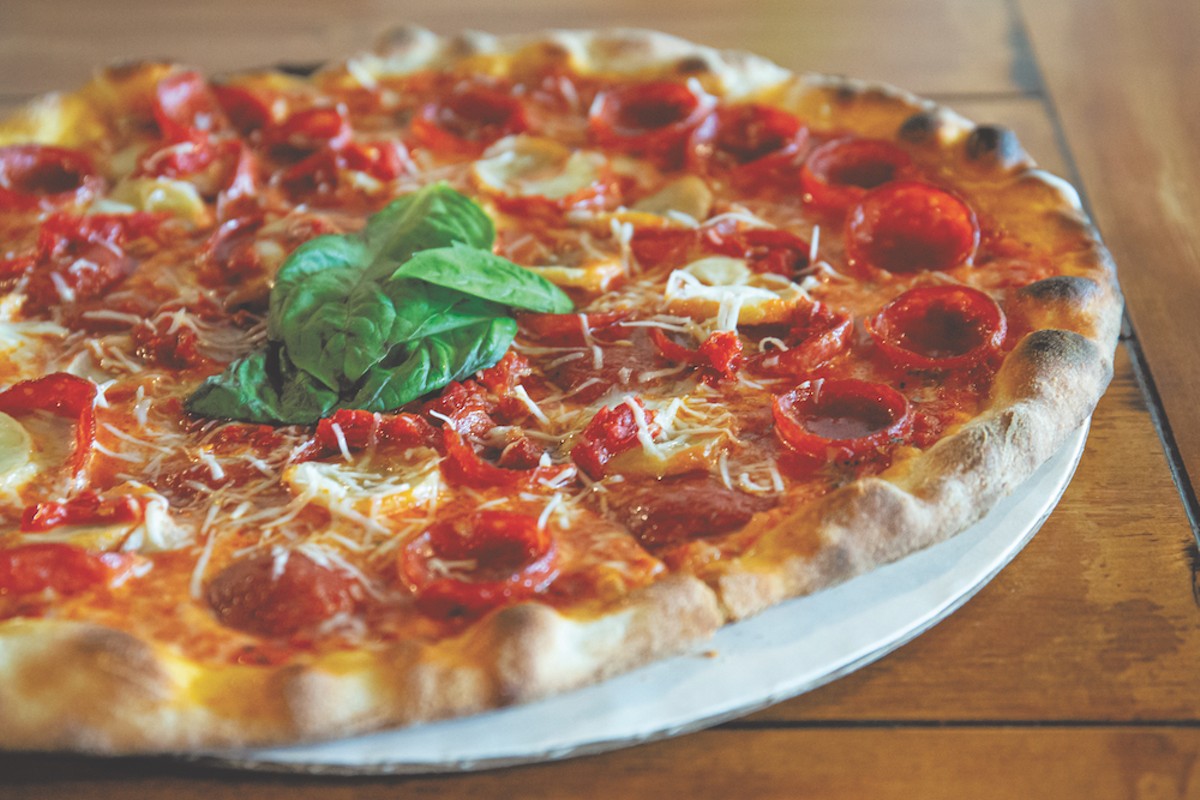 Michael Collantes isn't one to let up on the gas. I mean, the man drives a 350Z with a turbo 1JZ build, so why would you expect him to? Since opening Taglish, his Filipino-American eatery inside Lotte Plaza Market, Collantes has stepped on the pedal by forming the Taglish Collective, the restaurant group behind the expansion of the Taglish brand (Taglish UCF opening next month), the recently opened high-end omakase concept Soseki (review also coming next month) and EightySix Media, a test kitchen/supper club/media company.

It's also behind Perla's Pizza, the inviting little pie house joined at the hip to the Thirsty Topher in Ivanhoe Village. In fact, Collantes teamed up with Topher owners Ron DiDonato and Jason Perez to open Perla's as a way to draw business back to the beer bar after it was ordered closed during the pandemic.

And it seems to have worked.

Now if you happen to be one of those pizza purists, just stop reading and go shove a Neapolitan pie or droopy-tipped New York slice into your yap, 'cuz Perla's pizzas are as nonconformist as they come. These are flat, crispy pies with bubbly crusts topped with ingredients Collantes says are "inspired by global cuisine." Don't be surprised to see a "tikka masala" or "elotes" pizza on the menu.

"We are chefs, and we just want to create good dishes," says Collantes. "Pizza just happens to be the platform we're working with."

So go ahead and scarf down a cheesy, red-sauce pie dotted with curled-up rounds of pepperoni, Calabrese peppers and bananas ($12). That's right, bananas. Call me bananas, but it's a great combination. The only thing missing? More bananas. The fruity flavor was subtle at best, and I wanted to, uhh, taste the bananas in this pizza they call "It's Bananas." Speaking of, remember Bananas magazine? Man, I was bananas for it. That is, until they put Scott Baio on the cover. Blecch!

I stole that expression of disgust from Mad magazine. Remember Mad magazine? I was mad for it. I'm also mad for the ironically titled "Everybody Hates Pineapple" ($13), another cheesy, fruity red-saucer. This one comes layered with red onions, pickled jalapeños and smoked slab bacon with a smear of pineapple jam. 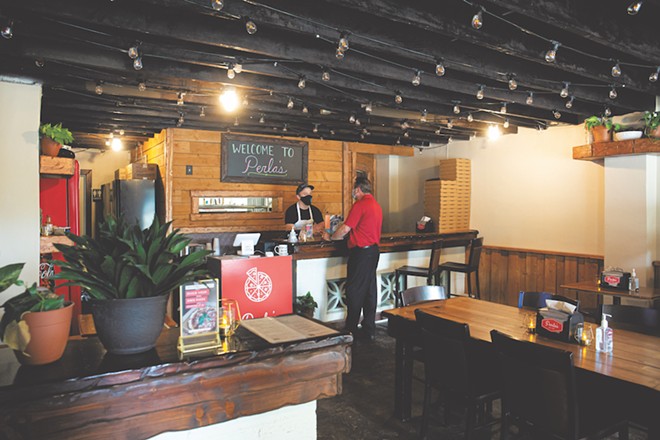 All Perla's pizzas are garnished with fresh basil leaves, and all employ a low-hydration dough (thus their crispy texture), but not all fuse the sweet with the savory. The "Mr. Fun Guy" ($14) has a lemon ricotta and pistachio pesto base topped with a seasonal mushroom mix (baby bellas, in this case), a layer of kale and a healthy drizzle of premium white truffle oil. The aroma comprises a glorious veg-umami body, and they say it's Perla's best seller.

I suppose the experience Collantes garnered from working at Sbarro and Park Avenue Pizza, then manning the pizza oven at Wolfgang Puck Café at Downtown Disney, really paid off. Honestly, I could've eaten the whole Mr. Fun Guy pizza myself in one sitting, it was that good. But I had guests to consider, and I didn't want to seem like I was clutching my Perla's.