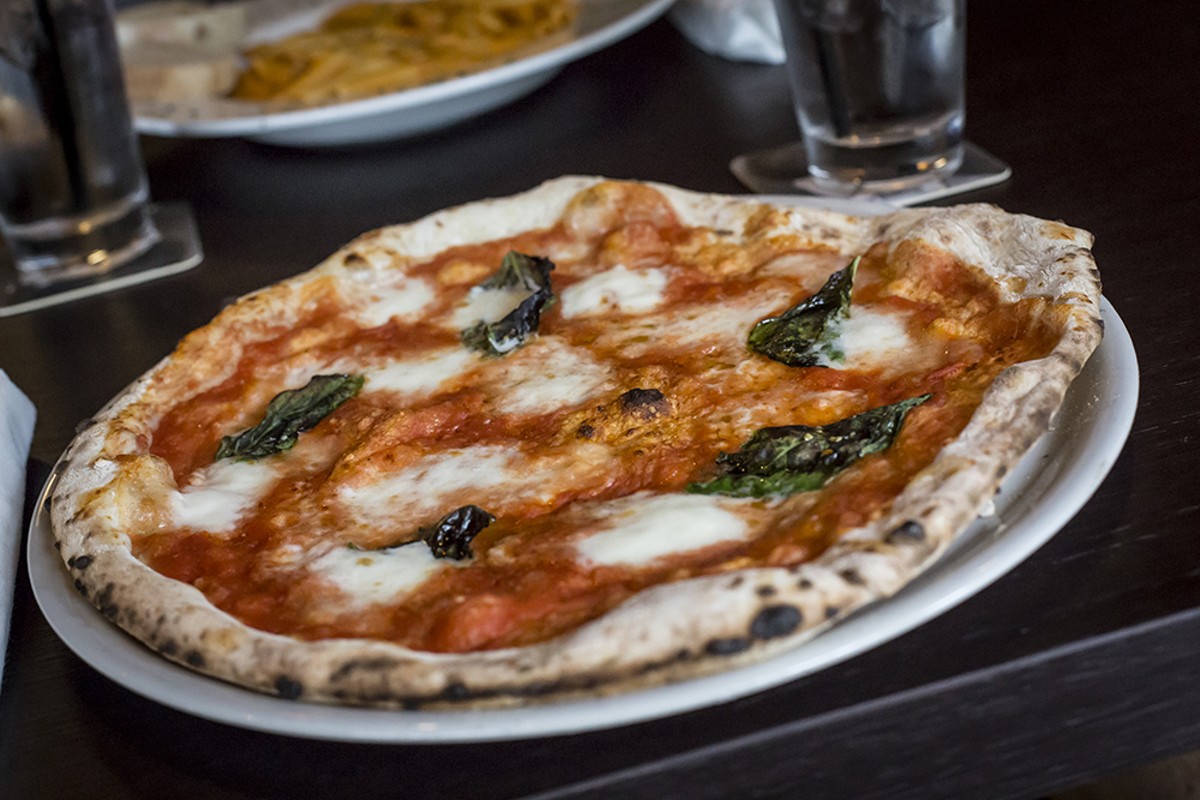 Pizza! Seems that every restaurant I walk into nowadays serves it. Sure, they come in varying forms – pizza, flatbreads, manakeesh, tostadas, uttapam – but, whatever the name, restaurants seem to toss and flaunt this surefire moneymaker in our faces, don't they? And who are we to resist? Hungry gastronomes we are; self-denying ascetics we're not, and who doesn't like pizza?

At Bavaro's in Winter Springs, attempts to resist their pies' charms will most certainly go wasted, so just know this: The pies here are of the Neapolitan variety, which means a) don't expect pies the circumference of the moon; b) don't complain about the pizza being soggy, or that you have to use a knife and fork to eat it; and c) don't ever ask for a slice. If you do, you run the risk of having egg on your face.

I must admit, my face got a tad eggy even though I observed these gustatory customs. The culprit: carciofi con uovo ($17). As I forked a giant bite of this 12-inch pie topped with San Marzano tomatoes, fior de latte, prosciutto cutto (cooked ham), artichoke hearts, basil, olive oil and, yes, egg, the yolk squirted onto my yap, cheek and chin, thereby completing this metaphoric preamble.

A few chuckles and swipes later, we marveled at the pie's simultaneously doughy, crispy and lightly charred crust, fashioned from Tipo "00" – the best pizza flour in the biz. But Bavaro's trump card over other area pizzerias, and the showpiece of the handsome dining room, is the hand-built Stefano Ferrara domed brick oven. This Ferrari of pizza ovens can go from zero to pizza in 90 seconds, thanks to its ability to maintain temperatures in excess of 900 degrees Fahrenheit with its oak-fired core.

In between bites of olives, prosciutto di parma, mortadella and soppressata, we noted our delightful server keeping a watchful eye on our progress with the antipasto Italiano ($16). When a few morsels of provolone piccante, asiago and Parmigiano-Reggiano were left, said server offered to fire up our pizzas and, in a flash, the pizzas were before us. The margherita ($13), the pizza that started this whole 126-year craze, was damn near perfect. A vision of the Queen consort of Italy – Margherita of Savoy – slow-clapping Bavaro's pizzaiolo while voicing "Bravo" came to mind, then it dissipated and I finished off the pizza.

Bavaro's also hails itself as a "pastaria," and the tagliatelle served with a Bolognese sauce ($16) was simply superb. The hand-cut pasta is made in house, as is the three-cheese ravioli ($18) and the ravioli Emiliani ($19) stuffed with prosciutto, mortadella and pork sirloin. Same goes for dolci like the tiramisu ($7), which struck the right balance between cakey and creamy, and the generously filled trio of cannoli ($10).

The service was almost as big a star as the pizza – almost. If there's one area where your everyday New-York-style pizza holds an edge over its counterpart from Naples, it's in the day-after test. Neapolitan-style pizzas, particularly their crusts, lose their crisp texture and take on the texture of a rubber mat. 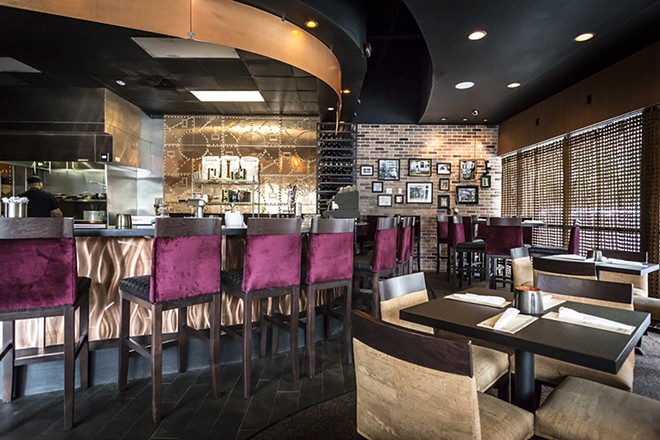