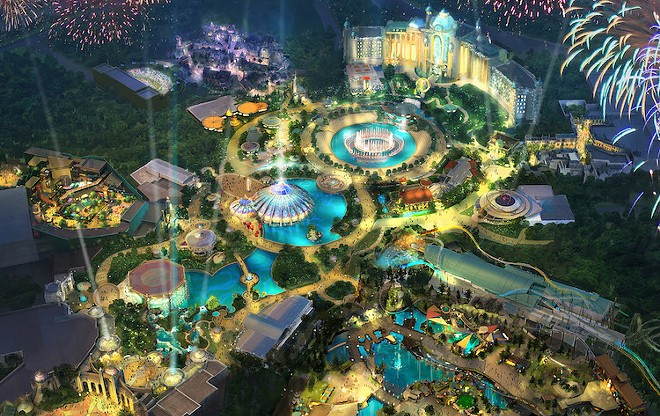 Work on the park had gone on an indefinite hiatus back in July due to the coronavirus pandemic, but is restarting immediately — though it will take several months to get back to full momentum. Hiring new construction staff and securing vendors is happening now.

“The resumption of the Epic Universe project couldn’t come at a better time,” said Orange County Mayor Jerry L. Demings in a press statement. “Our community has so many talented workers who will benefit from this massive project. I am confident it will deliver a huge economic boost to Orange County.”

There was some speculation last year that the ambitious, multibillion-dollar Epic Universe concept might be permanently shelved, but this very public announcement of work resumption bodes well for anxious theme park devotees wanting to experience planned Epic properties like Super Nintendo World

Pre-pandemic, the park was originally scheduled to open in 2023, but that timetable will no doubt be pushed back somewhat.

Universal Orlando claims that an up-and-running Epic Universe will create more than 14,000 permanent jobs to work the park. That's great news; they should give first dibs to qualified employees who were laid off en masse last year.