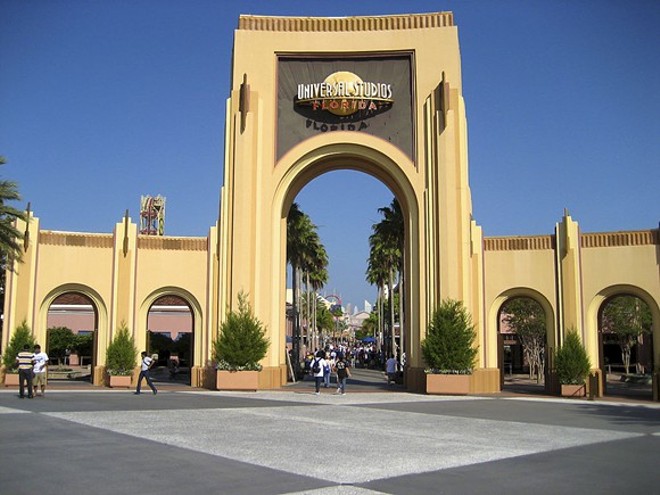 Photo via Wikimedia
After years of letting Disney take the lead on massive running events, Universal Orlando has finally decided to join the race.

The timing is surprising, considering it takes place just a week after Rock the Universe, Universal’s up-charged, after-hours Christian music festival. Since it started in 1998, Rock the Universe has taken place in early September, but in a surprising move in late 2018, Universal announced that it would move the event to a new date the following year.

This year, Rock the Universe took place the first weekend in February, only five months after the 2018 version, with the event being bumped a week earlier next year. The move from fall to late winter allows Universal to add more dates for Halloween Horror Nights – by far the most attended special event at the resort.

With Christian bookstores and music not being nearly the draw they once were, Disney canceled its longest-running special event, Night of Joy event, while Rock the Universe has remained decently attended. Universal has remained committed to the Christian music festival, now the largest such festival in the state, but with the new running event taking place a week later suggests Rock the Universe won’t be enough to prop up one of the slowest seasons of the year. While it may help fill hotel rooms and bolster park numbers, Running Universal won’t see anything near the attendance of runDisney events.

Disney has offered running events at Walt Disney World since 1994. Now with more than two dozen yearly events spread across all three wholly-owned Disney resorts (WDW, Anaheim, and Paris), runDisney has become a significant player in the running industry, regularly pulling in tens of thousands of participants. A single race weekend at WDW can draw more than 50,000 participants, with thousands of runners. The most popular events now rank among the largest running events in the nation and are regularly covered live on television.

Photo via Universal Orlando Resort
Disney has clearly embraced running events as a way to help bolster attendance at the resort. Part of what will hold back Running Universal is that this first event will only be a 5K and 10K event, with no full or half marathon like those found down the street. That may change once Universal opens their south campus, but this first event will remain entirely on the site of the current north campus resort.

Running Universal debuted in early 2019 at Universal Studios Hollywood with a Minion-themed run. Since then, it has debuted a second race weekend themed to Jurassic World. As with the upcoming Universal Orlando runs, the Hollywood ones only offer shorter 5Ks and 10Ks with no half or full marathons.

Universal promises its races will feature "Instagram-worthy" medals, photo-ops along the running trail, and plenty of other offerings throughout the “action-packed race weekend.”