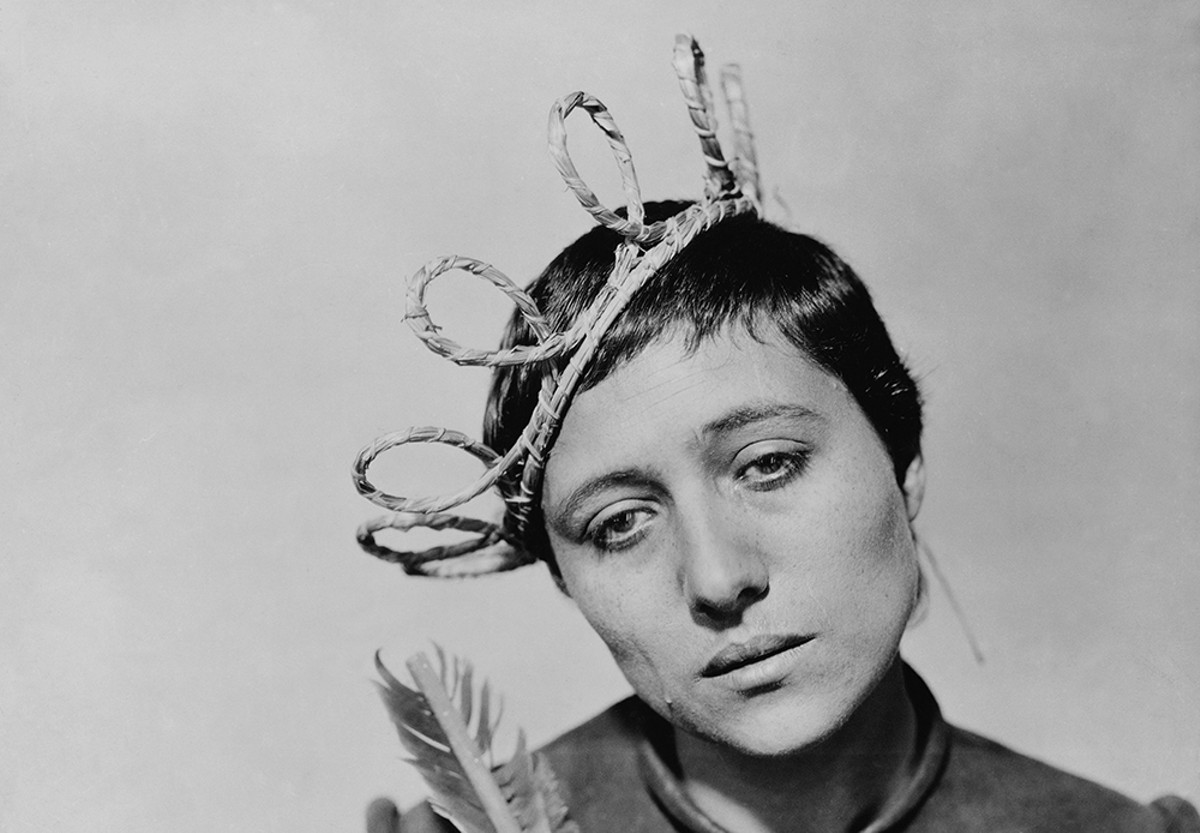 The mysticism, resolve and militant tenacity of Joan of Arc blazes as ardently as ever, even 600 years after she was consumed alive by flames at the behest of the cruel clergymen who ordered her execution as a heretic. In those six centuries the illiterate teenager who heard voices has inspired paintings and sculptures, books and plays, music and movies. The medium of film, especially, has done much to rekindle the mythos of the Maid of Orléans, the peasant girl whose steadfast belief in her religious visions led her from the small farming village of Domrémy to the head of an army fighting for her cause.

There are many, but no film has done better justice to what we know about Joan, especially her trial and execution – verbatim transcripts from the trial survive – than Carl Theodor Dreyer's 1928 silent film The Passion of Joan of Arc. The original cut of the film was lost in a warehouse fire, but another print was discovered in 1981 and immediately acknowledged as a masterpiece. With its extreme close-ups and jarring camera angles, The Passion is a showcase for the French stage actress Renée Maria Falconetti (left) in the title role, in her remarkable single film appearance.

Fast-forward 60 years from Dreyer's tour de force to 1988: New York-based composer Richard Einhorn happened upon a still from The Passion of Joan of Arc at the Museum of Modern Art and requested a screening of the film. Completely absorbed by Falconetti's searing performance, he immediately set to work on a narrative choral piece based on Joan and the film. The result was Voices of Light, a 1994 opera-oratorio hybrid and conceivably a soundtrack to Dreyer's film that poetically dramatizes Joan's imprisonment, trial and judgment.

Featuring 110 voices from the Bach Festival Choir, 25 orchestra members, and a screen stretching the entire breadth of the chancel around the altar of Knowles Memorial Chapel, the Bach Festival presents two performances of Voices of Light this weekend, with a full screening of The Passion of Joan of Arc in sync with Einhorn's score.

A composer of opera, song cycles, dance scores, and orchestral, chamber, and film music, Einhorn didn't intend necessarily to create a soundtrack to the silent film, but rather a "response to the movie that had the same artistic sensibility and integrity that Dreyer brought to it," he says in a phone interview from his New York City apartment. The composition process involved breaking the film down into 15 scenes; although each movement lasts the length of a scene in the film, the musical narrative has a direction of its own. This is the reason each can be appreciated separately, though the combined live performance makes for a spellbinding experience. From Australia to Europe, and across the United States, it has been performed more than 200 times. This Bach Festival Society production – underwritten by GladdeningLight, a nonprofit that explores the intersection between spirituality and art – will be its Central Florida premiere.

"I feel like Joan is a model for the 21st century," says GladdeningLight founding director Randall Robertson. "People of all ages should look to her as a gender-challenging, patriarchy-defying historical figure. This is a woman in the 15th century who stood up not only to men but to power, and approached her mission with a powerful sense of purpose and virtue."

Robertson first experienced the film and score on a GladdeningLight weekend trip to Washington, D.C., in 2014 with colleagues from around the country. Soon after witnessing the performance at the National Cathedral, he contacted Einhorn to discuss the prospect of bringing Voices to Orlando. The performances will be conducted by Bach Festival artistic director John Sinclair, who studied the score upon Robertson's proposal and responded enthusiastically in the affirmative.

With a libretto crafted by the composer, consisting of writings by female medieval mystics and excerpts from Joan's letters (she dictated to a scribe), Voices leans more on emotion than action. "The idea of adding the letters came later in the structuring of the piece," Einhorn says. "I realized that Joan had to have a special sound, so that everybody would recognize her. That's when I came up with the idea of having a medieval chant-like sound for her voice."

Joan is represented by a quartet of female voices of different register, singing in unison. "We don't know what she sounded like," Einhorn says, "so rather than make her a soprano or an alto, I made her both, singing in a very simple syllabic style, reflecting Joan's directness with which she looked at the world and God."

Voices of Light changed Einhorn's life. "It was really amazing, it never happened before or since," he reflects. The score caught like wildfire following its 1994 Northampton, Massachusetts, premiere and the large-scale Brooklyn Academy of Music follow-up performance in 1995. It's inspired by medieval music, particularly the motet. This one-syllable-per-note vocal style is "very unusual and very simple, which was a very conscious [choice]," Einhorn says.

Einhorn was also curious about juxtaposing the wispy, unusual sound of the viola da gamba with the medieval chants to create a uniquely spiritual atmosphere. The gamba, a 15th-century fretted string instrument, is more closely related to the lute and guitar than to the violin family. For the Bach Festival performances, Einhorn's friend Lisa Terry, vice president of the Viola da Gamba Society of America, will be the soloist.

Einhorn's musical career was launched after he attended a Frank Zappa concert in 1968, and Zappa's music has ever since influenced him in a "roundabout, subversive way." He soon started making music with tape recorders; recording and using electronic technology came to him naturally. He also worked as a record producer with high-profile artists such as Yo-Yo Ma and Meredith Monk, before turning exclusively to composition.

But in 2010 Einhorn encountered any musician's greatest fear: He contracted a virus and lost the hearing in his right ear permanently. Although it doesn't affect his ability to compose – he uses computers and headphones, and he retains hearing in his left ear – it does affect him socially. He is now active on the board of the Hearing Loss Association of America, where he promotes awareness of hearing loss protection for musicians and the general public. Voices of Light, an exalting multimedia mashup of live music, film, spirituality and mysticism, reflects the healing balm of Joan's inspiration.

"There's nobody that's been anything like her; she's the virgin saint of the Catholic Church, but I've met witches who worship her as a fellow witch. In this country she's a symbol of artistic integrity, beloved by straight and gay women. But in France she's a symbol of right-wing nationalism. ... It all comes together in this really unusual and extraordinary life," says Einhorn, who has lived under Joan's influence and – in a way – her blessing for nearly 30 years.

"Wherever you look, there's an ambiguity and complexity to Joan that is absolutely amazing," Einhorn says. "This is a 19-year-old illiterate woman from a really rural area who behaves with way more dignity and intelligence than any of the highly educated elite clerics who persecuted her and ultimately burned her."