Image via East Coast Zoological Society | Port Canaveral
With cruising slowly restarting at Port Canaveral, leaders at the Central Florida port are looking ahead at expanding their tourism offerings. After three years of planning, the Port commission unanimously approved a plan to lease a 26-acre waterfront site to be transformed into an aquarium and marine animal rehabilitation center.

Led by the East Coast Zoological Society of Florida, the new aquarium facility would augment existing attractions in the region, including the Brevard Zoo, which is also operated by the same nonprofit. 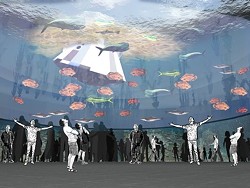 Image via The Cove Merchants Association
An image of the proposed Port Canaveral aquarium. This tank includes a model of the Orion space capsule floating in it.
Using a financial plan similar to that of the Brevard Zoo, the aquarium plans to be self-sustaining, with it eventually becoming a major funder of restoration efforts of Indian River Lagoon. Its name, the Indian River Lagoon Conservation Campus and Aquarium, reflects this focus on the intercoastal lagoon.

Inspired by the Monterey Bay Aquarium in California, the plan for the new aquarium calls for a campus model with multiple buildings linked by an extensive network of boardwalks that gives wide views of the natural marine ecosystems that surround the site. 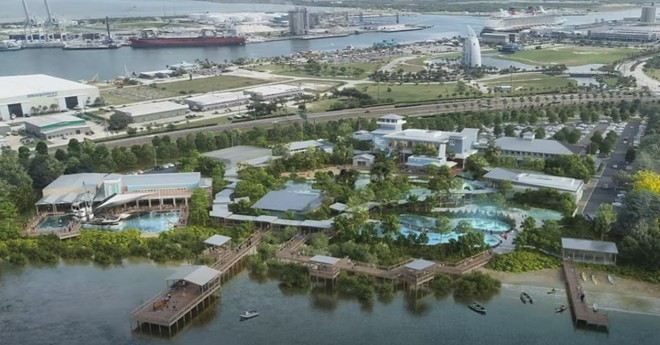 Image via East Coast Zoological Society | Port Canaveral
Like the zoo, the aquarium would pair visitor experience with conservation efforts. A sea turtle rehabilitation facility, the second for the organization, would allow visitors to witness the latest in rehabilitation efforts. A portion of each admission ticket would also go to helping to improve the water quality of the Indian River Lagoon.

Every element of the aquarium is designed to honor and focus on its Brevard County location. Coastal Florida Vernacular-style architecture ties the campus together. One exhibit features a life-size shrimping boat, and another shows what the Port’s locks look like underwater.

A coffee shop is planned near this large exhibit, allowing parents to relax while children interact with a water table to demonstrate how the locks work. In the outdoor area, a ‘low road’ will provide ankle-deep water to cool off in a while coming face-to-face with gators, otters, and other native species.

A sit-down restaurant overlooks the artificial lagoon area, and behind it is a multi-story multi-function facility that can host special events, including rocket launch viewings. Other exhibits will feature native species, including alligators, otters, and sea turtles. 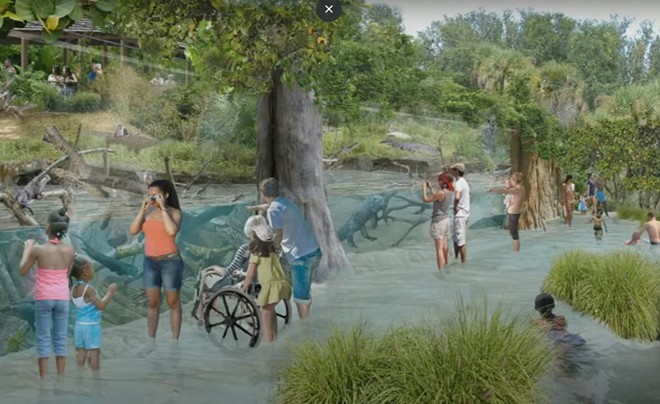 “You’re not going to see us having dolphins in the aquarium; you’ll look out and see them [in the lagoon],” he said.

More than a third of the funds for the $85 million aquarium have already been raised. At the current rate, the aquarium is slated to open in 2027.
Construction is expected to begin in September 2024. 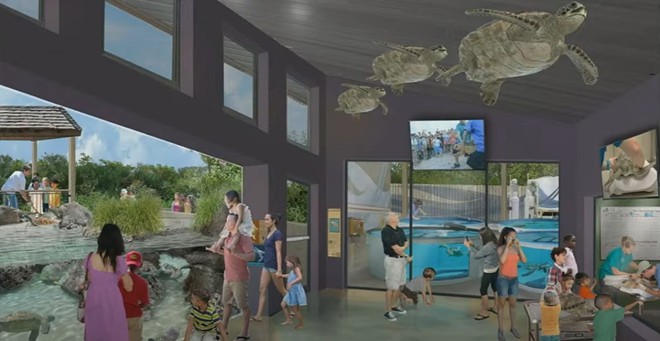