Orlando Fringe Festival 2021 reviews: ‘Corsets and Cuties: Delicious,’ ‘Frigorific,’ ‘It All Started at the Radisson Inn,’ ‘Judas,’ ‘Selling Out: The Musical’ and ‘Thrive’ 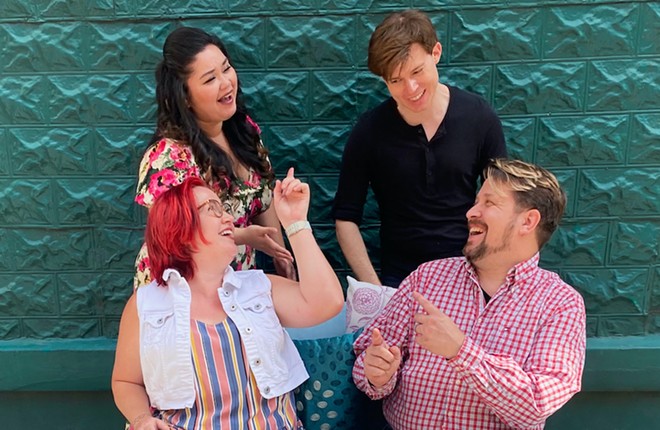 In a Fringe Festival filled with superheroes, self-aware refrigerators and other fantastic beasts, Thrive is a place where you can encounter the most exotic creatures of all: actual human beings. Four brave members of the Orlando Story Club are getting on stage and publicly exposing their real-life narratives about overcoming adversity through overwhelming honesty.

First, Ha’Ani Hogan wins our hearts by confessing that, as the daughter of a Casanova and a beauty queen, she’s been broken by appearance-obsessed online dating. Next, Logan Anderson opens for us an empathetic window into the traumatic brain injury that forced him to relearn how to walk, lift a glass of water or even cry. Then Elizabeth Brendel Horn shares both her painful struggles with eating disorders and infertility, as well as the pleasure of shoving her timid daughter down a snow-tube hill. Finally, Anthony Mauss utterly destroys us with his epic journey from small-town boy through the seminary and the Full Moon Saloon to being the husband and widower of Billy Manes, beloved Orlando Weekly columnist and Orlando’s first openly gay mayoral candidate.

Director Danielle Ziss should be applauded for helping these four fascinating individuals tell their stories with authenticity and a minimum of distracting artifice. Although a few of the more theatrical touches feel a bit forced, these true tales tug effectively on raw emotional nerves. With its overwhelming honesty, Thrive reminds us that when we arbitrarily decide a trait is a gift or a handicap, we are choosing to either celebrate or to other those who possess it, instead of seeing them as a whole person. 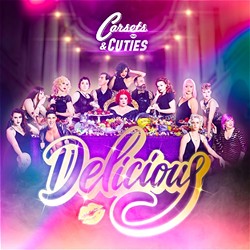 Corsets & Cuties had the honor of kicking off the 2021 Orlando Fringe on Wednesday night with a preview performance of Delicious at Haös, Church Street’s spiritual successor to the beloved Black Venue. For their sixth year at Fringe, this veteran troupe dishes up a tasty cabaret casserole of cheesecake costumes, toe-tapping tunes and cheerful near-nudity with a loosely food-themed throughline.

After an amusingly bawdy twist on Disney’s “Be Our Guest” to introduce the full cast, founder and emcee Lady Jaimz keeps the evening flowing with quips and contests between the seven solo performances, which range from Libra Moon’s bubble-gum balloon-popping routine to Teddy’s black-light  rave circa 1999 (complete with complimentary 3D glasses to simulate hallucinogenics). Other highlights include Bebe Caliberr’s tassel-twirling tribute to Eartha Kitt, Venus Lovetra’s bellydance remix of “Milkshake” and some soulful shirtless country singing from Jax N. Augh.

Although the cast is certainly comely, Corsets & Cuties aims as much at audience’s funny bones as their erogenous zones, emphasizing comical concepts over explicit choreography. In other words, this is the kind of body-positive burlesque you could take your parents to (assuming they aren’t too prudish). Arrive early, because seats in the back have limited views of the postage-stamp stage, and bring plenty of singles (or your Venmo app) to tip the performers. 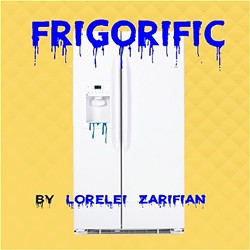 It’s holiday time in Florida, and Lolo (writer-performer Lorelei Zarifian) is in a deep-frozen refrigerated hell as she wrestles with her noisy new Kenmore kitchen appliance. To make matters worse, her Siri and Alexa digital assistants are engaged in a snarky cold war, and the toll-free customer service hotlines she appeals to for aid abandon her in a dystopian labyrinth of automated prompts, prompting her to question her own organic nature.

To be frank, nothing about this surreal solo show should work, at least on paper: Zarifian’s thick French accent will be impenetrable to many American audiences, her scattershot script switches tones and topics seemingly at random, and the slim running time is riddled with awkward, pace-sapping pauses. Even her hypocritical decrying of technology — while simultaneously relying on it to create her art — is banal and bourgeois.

And yet, I found Frigorific oddly, irresistibly compelling, from the hypochondriac curtain announcement to the strange dénouement involving spoons and a straitjacket. As someone who recently upgraded to an internet-enabled thermostat that insists on texting me updates about my home’s humidity level, I can certainly identify with Zarifian’s ambivalence about artificial intelligence. And when she spreads her arms wide, aching for the sight of an authentic human smile after a seeming eternity among electrified automatons, it’s hard not to want to reach out and take her hand.

It All Started at the Radisson Inn
Gold Venue, $12

If you look beyond the discussions of dick sucking and ass fucking, It All Started at the Radisson Inn is a deeply felt story about power exchange in male relationships. Even those who can’t stand the sight of sockless feet will find something stimulating to chew on here.

Even if you’ve been a major character in multiple Broadway musicals — not to mention the Bible — you haven’t really made it today until you’ve had your own solo special on a streaming service. That’s why Judas Iscariot (writer-star BeeJay Aubertin-Clinton), who has spent the past 2,000-plus years trapped on Earth after that whole crucifixion mishegas, is finally exposing his deepest secrets to a live studio audience.

People always ask when the Second Coming is coming, but Judas really wants you to know what kind of boyfriend Jesus was. Between swigs of liquor and snorts of stimulants, Judas dishes on the disciples, dissing the lesser apostles as mere “garnishes” while giving Mary Magdalene props for being a “blinding fucking sunbeam.” Clinton’s monologue, which ranges from manic to maudlin, mixes stoner philosophy with savage jabs at organized religion, which he says is “constantly getting in its own way” by “building houses out of rose-colored glass, and then throwing stones.”

It’s probably best to skip this one if you can’t stand the thought of your Lord and Savior having a sex life. But for the more open-minded viewer, Clinton navigates a delicate balance beam between salaciousness and spirituality, and successfully uncovers a heartbreaking passion in the center of the greatest story never told. Add this one to your Netflix queue now.

Selling Out: The Musical
Pink Venue, $10

Are you an Equity actor working in a parking lot just to maintain your benefits? Have you ever abandoned your own personality in order to impress a blind date? If so, Selling Out: The Musical wants to win over your heart … or at least your hard-earned cash. In this pop pastiche from composers Justin J. Scarlat (Doro & Diega) and Marisa Quijano-Sirois, with writer-producer Keith Newhouse, Kendal is an anxious, ambitious advertising executive who turns to their unemployed, oversexed roommate Ocean for assistance in landing both a big promotion and a romantic partner, with intoxicatingly inappropriate results.

The twist here is that audiences can impact the show — from switching who plays what role to buying the costumes off the actors’ backs — by contributing money through the production’s website. It’s an intriguing experiment in concept, but the frequent product placements for local businesses slow the play’s pacing and undercut any emotional attachment to the characters. This attractive young cast — Claudia Fain, Darrian M. Glover, Daniel Martinez and Sissy Anne Quaranta — can carry a tune, but director Jamie DeHay’s staging seems unpolished, and the group choreography is a hot mess.

With some catchy tunes (a patter song about the rules of modern dating is especially clever), likable performers and a shamelessly exploitative full-frontal finale, Selling Out has potential to be a bite-sized Rent for Gen Z. It’s far too rough in its current state for me to enthusiastically endorse, but if their show’s mantra (“Sex sells; aim for the lowest common denominator”) holds true, they should do just fine at the Fringe.