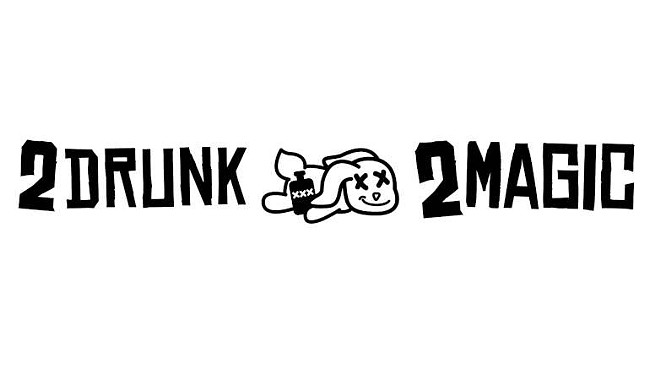 Everyone has seen a magician pull a rabbit out of a hat, but have you ever seen one pull a hat out of a rabbit?That’s only one of the boozily bizarre acts in store for you at The Abbey, as local illusionist Colin Smith performs the tipsy follow-up to his 2021 Fringe appearance.

After starting the show by being dumped out of a garbage can, taking a shot of tequila, and stripping down to his banana hammock to the song W.A.P., Smith starts loosening up a little. His gimmick is that each of his magic tricks requires an audience volunteer, and he tosses back another drink with every assistant.

The first time I saw Smith’s show I assumed he was actually imbibing water, but after enjoying his silly, sloppy antics again I’m inclined to believe he got genuinely sauced. The rowdy audience certainly was at the late night show I attended, and they heckled and hooted as Smith stretched simple card tricks into absurdity with the addition of an upside-down straight jacket escape.

Some of his effects are a bit inconsistent – at one point, neither he nor his giant playing cards could stand up straight – making him a bit more of a comic than a magician. But truth be told, he’s better at being both while blitzed than many others are stone-cold sober.