With the recent release of the long sought-after JFK documents, there’s been a renewed interest in all things related to the 35th president. Few things of the Kennedy era are more recognizable than the dress Marilyn Monroe wore when she serenaded him with her sultry “Happy Birthday, Mr. President.”

The dress has remained out of the public’s view for most of the time since that night in 1962. That all changed last year when Orlando-based Ripley’s Entertainment purchased the dress and other items from the birthday gala. The dress sold for a whopping $4.8 million – with the auction fees, it clocked in at over $5 million, making it the most expensive dress ever sold. The Jean Louis-designed, champagne-colored dress has over 2,500 crystals and 6,000 rhinestones hand-sewn on it.

Image via Ripley Entertainment Inc
“This is the most famous item of clothing in 20th-century culture,” says Ripley's VP of Exhibits and Archives, Edward Meyer, who is responsible for acquiring items for Ripley’s for nearly four decades, including the dress. “It has the significance of Marilyn, of JFK, and of American politics.”

Since purchasing the dress in late 2016, Ripley’s has taken it on a tour across the U.S. and Canada. Now it arrives here in Orlando. Starting this Thursday, the dress goes on display at the Orlando Odditorium for a limited engagement.

The exhibit also includes a ticket, program, and poster from the gala. A signed Bob Mackie sketch of Monroe in the dress will also be on display. To go along with the exhibit, Ripley’s Orlando Odditorium will also screen Marilyn Monroe films on select Saturdays throughout December.

The exhibit is scheduled to remain in Orlando through the end of the year. 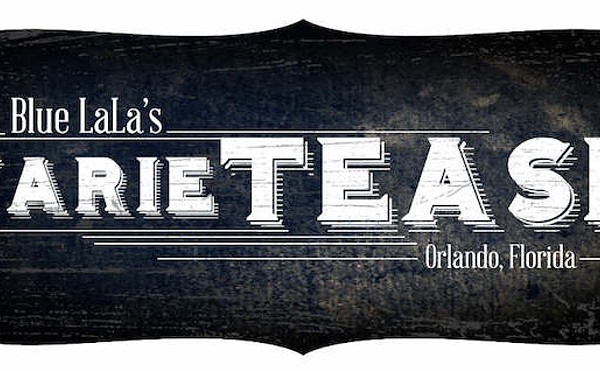 Orlando Fringe 2022 Review: 'The Pleasure's Mine'