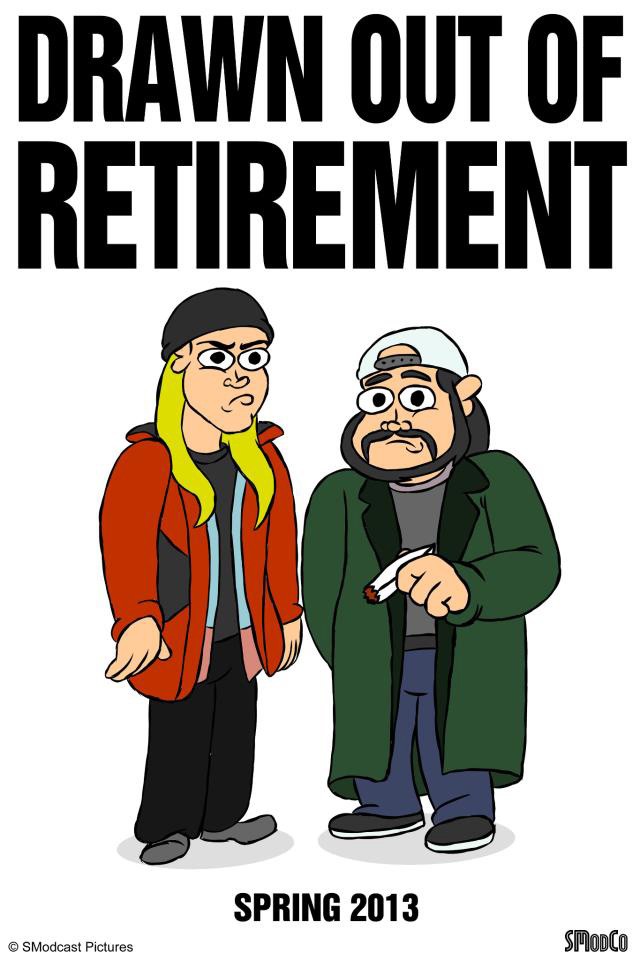 From 1970s punks to modern-day “makers,” the DIY ethos has been central to subcultures’ fight against creeping corporatization. Thanks to broadband Internet and affordable 3-D printers, you no longer need vast resources to become anything your talent and ambition allow – inventor, publisher, rock star, whatever. But what if you want to turn yourself into … a superhero?

As the 2011 HBO documentary Superheroes (featuring Orlando’s own Master Legend) demonstrated, becoming a real-life caped crusader entails thornier consequences than depicted in the comic Kick-Ass. But the stoner saviors known as Jay and Silent Bob have found a more profitable path. Last Friday at the Plaza Live, the self-made super-duo told the audience how they’re using indie cinema to battle their biggest adversary: heroin addiction.

Writer/director/actor Kevin Smith is practically the poster boy for the potential of DIY filmmaking, having legendarily parlayed his microbudget 1994 comedy Clerks into a six-film franchise (with TV and comic spinoffs) and a high-profile Hollywood career. But in recent years, Smith has defied the standard rags-to-riches script by retreating from the studios and returning to independent production. His last film, Red State, bypassed mainstream cinemas in favor of a cross-country “road show” tour and online distribution. Now Smith is duplicating that self-financed strategy with Jay and Silent Bob’s Super Groovy Cartoon Movie, which began touring in Atlanta in April and concludes this September in Montreal.

Since the start, Smith’s comedic co-conspirator has been Jason Mewes, aka Jay, the priapic pot dealer and “hetero lifemate” to Smith’s Silent Bob alter ego. Mewes, who joined Smith late (he was busy riding Universal’s Harry Potter attraction, which “made [him] hard”) for a raucous post-screening Q&A, made his producing debut with this adults-only animated feature, which has already recouped its $69,000 budget. But the new film, like the weekly “Jay and Silent Bob Get Old” podcast on Smith’s SModcast network, was inaugurated with a more important objective than profit: The projects have been key to keeping Mewes sober (three years and counting) after spending more than a decade in and out of rehab.

Therapeutic value aside, Jay and Silent Bob’s Super Groovy Cartoon Movie is a gleefully shameless slice of fan-service fluff that panders to the dick-obsessed 14-year-old inside all (well, most) of us. Adapted from Smith’s 2001 graphic novel, the plot provides a backstory for Bluntman and Chronic, Silent Bob and Jay’s crime-fighting secret identities (as seen in Chasing Amy and Jay and Silent Bob Strike Back). When the weed-slingers win the lottery, they turn the Quick Stop into a secret headquarters (complete with a stuffy British butler, voiced by Neil Gaiman) from which they battle psycho psychiatrist Lipstick Lesbian (Eliza Dushku) and a risqué rogues gallery including Dick Head (Ralph Garman) and Cock Knocker (My Little Pony’s Tara Strong, hilariously replacing originator Mark Hamill).

As a View Askewniverse fan since seeing Clerks in its original theatrical run, I thought this latest lark started strong but it lost my attention after about an hour. Smith’s best writing blends dirty humor with genuine heart, but once you recover from the satiric shock of seeing a huge mutant cock spurting on cops, there isn’t much substance here. Director Steve Stark’s clever-crude cartoon style is like the lovechild of Schoolhouse Rock and Zap Comix, and I laughed out loud at the lampooning of Green Lantern, TMNT and The Phantom Menace (#hitjarjarwithacarcar), but slack pacing and repetitive gags sapped my smile 20 minutes before the post-credits Stan Lee cameo. Here’s hoping the upcoming Clerks III (which Smith calls “the Empire Strikes Back of the trilogy”) helps these Hemp Knights recapture their magic.

Artistic quality is ultimately irrelevant; this evening was more of a family reunion, both metaphorical (Smith’s legion of hockey jersey-clad devotees, one of whom brought his 8-year-old son, who declared it “fucking amazing”) and actual (his local-resident mother, brother and brother’s husband were in attendance). No matter how embarrassingly fawning the fans’ queries, Smith answered with warmth and candor, encouraging all to follow his lead in pursuing geeky dreams. Because if two Jersey slackers can become superheroes, anything is possible.