In her new book, Stephanie Lister revisits her time living in Mickey’s backyard

Floating in the Florida soup 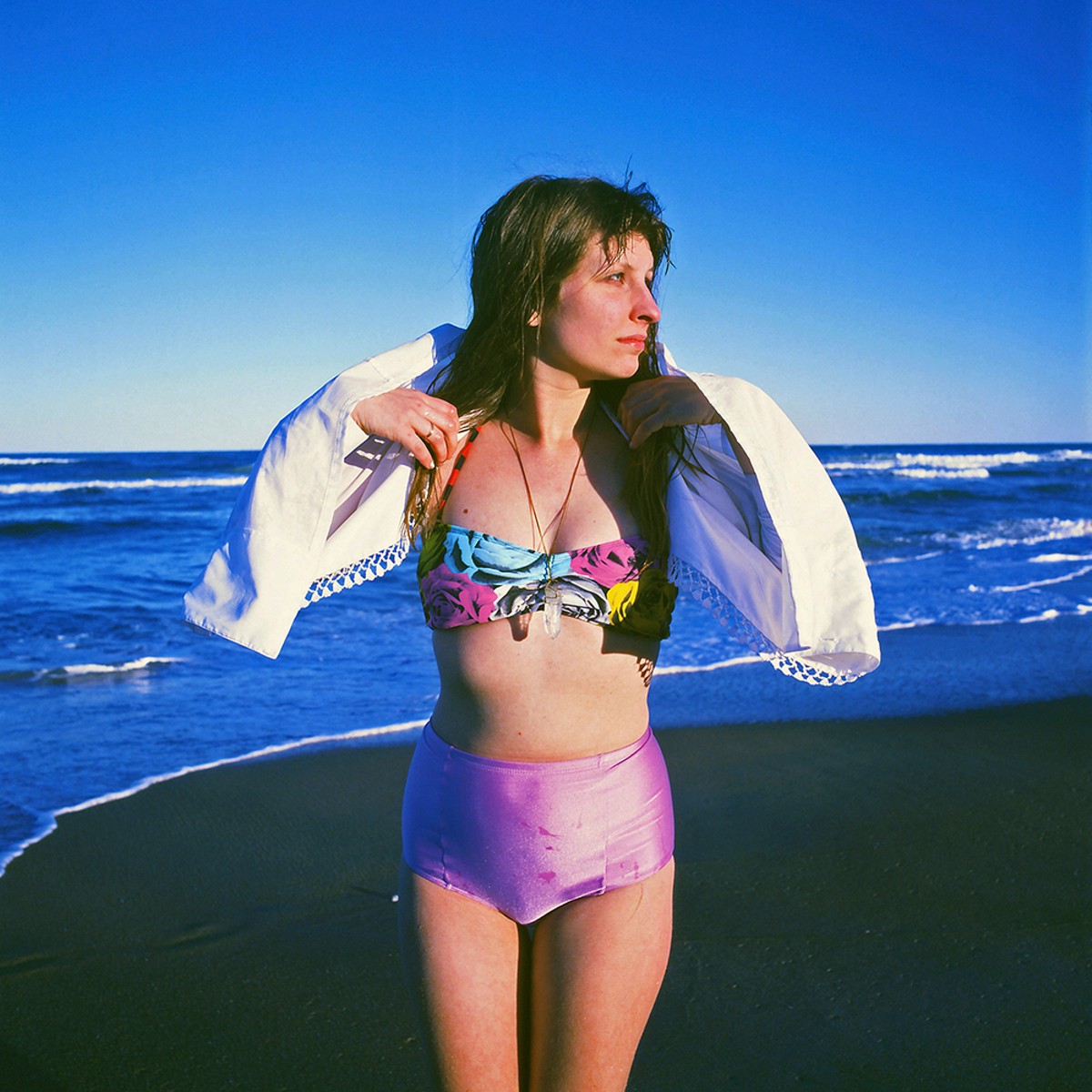 The last time we wrote about Stephanie Lister, it was in a preview of a wild night at the Space (RIP), a group show curated by Jessica Earley called I Believe in You, at which Lister and her sister Miel created a memorable performance and installation.

"This exuberant group explosion has a melancholy undernote, though," we wrote. "As is the norm in any creative community that isn't New York or L.A., several of the participating artists are moving away soon. ... Both Lister sisters will be presenting here for the last time before bursting out of Orlando's boundaries, but they will leave knowing that we believe in them." That was August 2013, and by fall, the Lister sisters were gone.

So it was a lovely surprise to discover Steph Lister's new photo book, East to El Rancho, West to Walt Disney, while browsing through the LA Art Book Fair website last week. Mirro Editions, a small Bay Area art press, is publishing the book in a limited edition of 200.

"We were promised some work out West and decided to just pick up and go, start a new life," Lister says in an email written in the car on her way to the book fair. "Orlando was treating us well, but once you get that itch it sticks. I was born in Palm Springs so I felt an urge to live in California again and see what it's like."

Once resettled in Oakland, Lister kept shooting (and making new work with her sister in a performance/video group called Oracle Plus). "In the fall of 2014 I volunteered to  photograph the residents at an SRO in San Francisco who were formerly homeless and struggle with addiction, often having no recent photographs of themselves," she says. "I also worked as a school portrait photographer when I first moved here, because I really needed a job."

The book's title comes from a mnemonic device Lister's mom gave her to help remember directions on I-4 when she started driving – "El Rancho" was the name of her grandparents' motel outside Orlando, where she and her parents lived when they first moved here in 1990. With a yin-yang title like that, it's natural that the book falls into this-or-that separations: color or black & white, night or day, sunny or cloudy, pretty or trashy.

The photos present a fragmented Florida – an environment of crabby brown lawns and deflating balloons, roadside motels and crumply beer cans, but also of sizzling blue skies, sparkly pool water and cheap new bikinis. In some frames, bright colors pop off the page sharp as a William Eggleston; in others, there's a blurry, earthy haze (that's both a technical description of the images, and a look in the eyes and faces of some of the subjects). 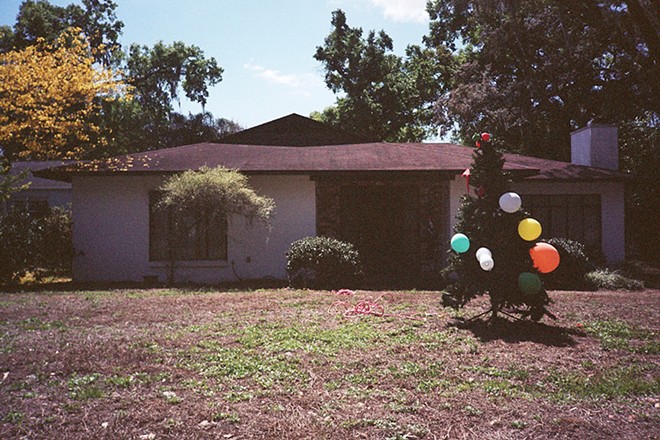 The book also vacillates between nighttime and daytime: By day, Lister's friends hang out on pool noodles and bounce on trampolines; senior citizens pose in the soft pink Florida light; egrets and peacocks strut through man-made or man-encroached surroundings. At night, an anarchic fairyland mischief seeps into the scene: Smoke trickles from the mouth of a girl wearing giant lightning-bolt earrings; a Santa mannequin in a darkened Christmas-tree lot gestures enigmatically.

As in another recent book documenting a Floridian young-adulthood, Paul Kwiatkowski's And Every Day Was Overcast, Florida's "amorphous terrain – swamps and beaches, neither land nor water" informs every pixel and grain. There's an ecstatic intimacy to Lister's portraits of her friends and family, especially her sister, but also to the photographs in which no person is pictured. An indistinguishable structure completely overtaken by jungly green vines and bougainvillea basks in flat, metallic light just like her sunbathing friends do, emanating a Sigmund the Sea Monster-type personality of its own.

"I miss Florida often and have such a different sense of it now that I'm gone. You can't really see the bowl you're sitting in type of thing," Lister muses. "This book is made of photos I took while still floating in the Florida soup, but took its shape with a few years of distance. Each time I visit I feel more and more like a tourist.

"Photographing a place you live and a place you visit are so different, and I still feel like I'm in between visiting and living here in Oakland, so it felt really comforting to work on this book – revisiting the formative years in Mickey's backyard."