Florida performs well on new U.S. News Hotel Rankings, no thanks to Disney 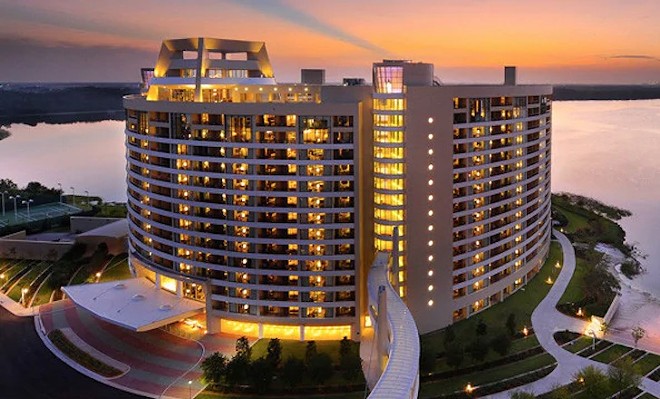 With visitor numbers rebounding, Central Florida’s tourism sector is ramping up for a busy year.

The past two years have seen numerous hotels across the region undergo massive updates, and numerous new hotels have opened since many guests last visited the area. U.S. News is out with their twelfth annual Best Hotels rankings. The list points to an improving luxury accommodations scene in Central Florida but one where Disney, once a leader in hospitality in the region now trailing some other big and not so big names. The annual ranking is based on a mix of expert and user opinions.

While Florida performed decently well in the rankings overall, with Miami Beach’s Acqualina Resort coming in third overall for the nation. Orlando doesn’t make the list until the 38th spot with the Four Seasons Resort. The next highest Orlando area resort is the Ritz-Carlton Grande Lakes at 116.

The region then doesn’t see another mention until the Waldorf Astoria Orlando, ranking third in the region but at 262 in the nation. Winter Park’s Alfond Inn and downtown Orlando’s Grand Bohemian aren’t far behind, at 281 and 382, respectively. Disney’s Grand Floridian, at 488, is the only Walt Disney-operated resort to receive a Gold badge, an indication that it ranks among the top ten percent of reviewed hotels nationwide.

The next time a Disney resort is found on the list is Disney’s Animal Kingdom Lodge, coming in at 1033, still high enough to receive a Silver badge but far below multiple other hotels across the region, including Universal Orlando’s Loews Portofino Bay and the Loews Royal Pacific, which received a nationwide ranking of 664 and 668 respectively.

Disney also faced competition from resorts in the I-Drive and 192 areas. The popular Margaritaville resort on 192, which sits just feet off Disney World, came in at 971, beating out the nearby Gaylord Palms with its 1512.

The list pointed to shifting desires in hotel accommodations, with the highly themed and budget-friendly Cabana Bay resort at Universal Orlando (at 1567) ranking above higher-priced resorts found at Disney World, including Bay Lake Tower (1946), the Beach Club (2084), and the Old Key West Resort, which came in at a shockingly low 2413. Old Key West sits beneath multiple Holiday Inns and two spots below an actual Key West hotel, the Best Western Hibiscus Motel.

Seth Kubersky
A room at Universal's Cabana Bay
For Disney fans, the poor showing of Disney properties on the list likely won’t come as much of a surprise. The resort has continued to push prices ever higher in recent years, even as amenities continue to be cut. Highly themed hotel rooms, like those found at Universal’s Cabana Bay, are becoming rarer at Disney, with many of the resort’s hotels recently undergoing remodeling efforts that rid the rooms of the whimsical Disney touches they were once known for.

Image courtesy of Disney
A standard room in the Gran Destino Tower at Disney's Coronado Springs Resort
Disney has attempted to shift to being a more higher-end brand, as witnessed in the upscaling of the shopping district now known as Disney Springs. So far, this push hasn’t panned with Disney’s more recent higher-cost resorts facing a mountain of issues. When the Riviera Resort opened, the trundle beds had to be taken out of service after one fell out of the wall. The Gran Destino Tower at Coronado Springs saw numerous electrical issues that caused some lights to flicker and at least one major power outage that lasted multiple hours.

The continued rollback of amenities and issues with the hotels themselves may be reflected in Disney’s poor hotel rankings, but that hasn’t stopped many guests from continuing to seek onsite accommodations. But with newer and verifiably better options now found on literally every side of the resort, some guests may finally give up the pixie dust.