Disney's Hollywood Studios is getting a new logo, which means its name is safe for now 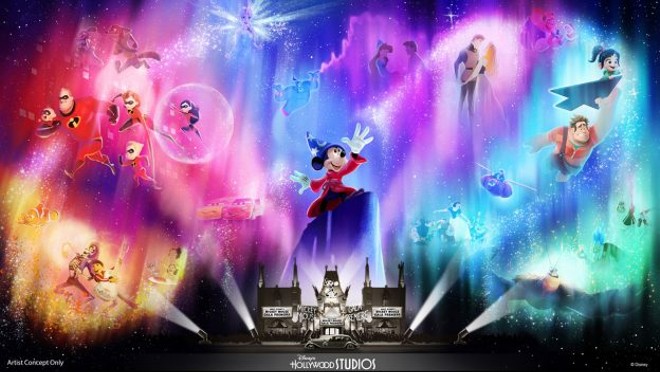 Image via Disney Parks Blog
Wonderful World of Animation coming soon to Hollywood Studios
The multi-year extreme makeover that Disney’s Hollywood Studios is in the midst of has included rumors of name changes for some time, but after years of speculation, Disney may have just confirmed those rumors were untrue.

Last week, Disney announced a number of 2019 offerings around the resort, and it’s no surprise that DHS was featured heavily on the list. Between details on the significant new additions headed to the park, the list also mentioned a special 30th anniversary logo that will be used throughout the anniversary year.

Similar logos have been used as part of anniversary events at WDW in the past, though each event used the unique logo in different ways. Some limited the logo to print items and some merchandise, while others added it to signage around the park.

None of the names were well-received, but some insiders, including Touring Plans founder Len Testa, pointed to the Cinemagine Park name as the name Disney was moving forward with.

If the park were to be renamed, it would likely happen ahead of the new Star Wars land opening. Expected to be one of the most revolutionary theme park lands ever, Disney will use the full power of its media machine to hype Star Wars: Galaxy’s Edge. With hundreds of millions being introduced to the new land, a name change of its location could cause confusion for years to come.

The thought was Disney would have the name change and the opening of the new Star Wars land happen at the same time allowing for their massive media machine to disseminate the two announcements at once. Even before the new logo announcement, a name change ahead of the late 2019 Star Wars opening seemed unlikely.

Not long after the leaked survey went viral earlier this year, Disney issued a statement saying the Hollywood Studios name would remain for the “foreseeable future” but gave no definitive answer on if there would be a name change later on.

Disney still could change the name of the park, possibly ahead of WDW’s 50th Anniversary in 2021. A name change would work as part of the marketing around the 50th Anniversary celebration, where the focus will be on all the new instant classics WDW has added in recent years.

From Magic Kingdom’s thrilling Tron coaster to a brand-new Cirque show at Disney Springs, the 50th Anniversary will be a time for big changes resort-wide. A list of 50 official changes is rumored, and some fans are already making their lists of what the 50 changes could be. A new name for Hollywood Studios would help sell that message things are different nowadays at WDW. With all the new attractions and hotels opening, 2021 is expected to draw record crowds to WDW. A bold new transit system will already test many of those guests. Changing the name of one of the primary destinations just ahead of those crowds arriving could prove to be too much.

That makes it more likely to happen after 2021, when multiple other lands, possibly themed to other Pixar franchises and Indiana Jones, are rumored for the park. But those lands are still years away from opening, with the last of them likely not for another decade at the earliest, if that happen at all.

To put the name change off until then requires trust in the long-term plans for the park, the same type of long-term plans that Disney is infamous for not following through with. From World Showcase pavilions to entire lands at both Hollywood Studios and Animal Kingdom, Disney is known for fleshing out big plans for their parks, then abandoning those plans.

For the name change at WDW’s third park to happen under this scenario it would require multiple additions spread across a decade where the company as a whole will see significant leadership changes, including CEO Bob Iger’s retirement.

Of course, there is still the possibility that the new logo will actually be a whole new name for the park but 2019 marketing materials have already been disturbed to some travel writers and agents, all of which use the Hollywood Studios name. To change the name after these marketing materials have been approved would mean the park would see multiple names in use at the same time.

With all three likely scenarios of how Disney would roll out the park’s new name each having major concerns attached to them, it is still not confirmed a name change isn’t happening sometime in the future, but this logo is the best evidence yet that.

At least for the next year we won’t have to learn any of the awful names Disney had included in that name change survey. While Thanksgiving might be over, that is one thing we can all be thankful for.