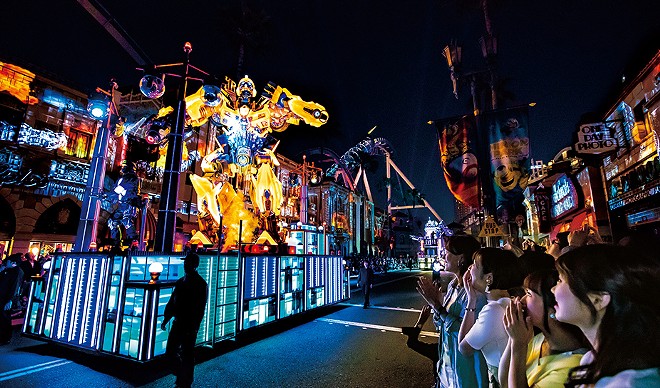 Widely viewed as one the biggest intellectual properties in history, Pokémon has been rumored for various projects at Universal since before the announcement of the agreement with Nintendo. While a Pokémon-themed land had been rumored for Universal Studios Florida, it comes as no surprise that Japan, where the franchise has a massive following, is where NBCU plans to roll out any projects using it initially.

The first major project to feature Pokémon will be a dance party-like parade set to debut next year. The parade will also feature Sesame Street, Sing, Minions, Mario Bros., Snoopy, and Hello Kitty. Universal Studios Japan already has a wildly popular daytime parade, and it is unclear if this new one will be replacing that or in addition to it. They also debuted a new nighttime parade in 2018. 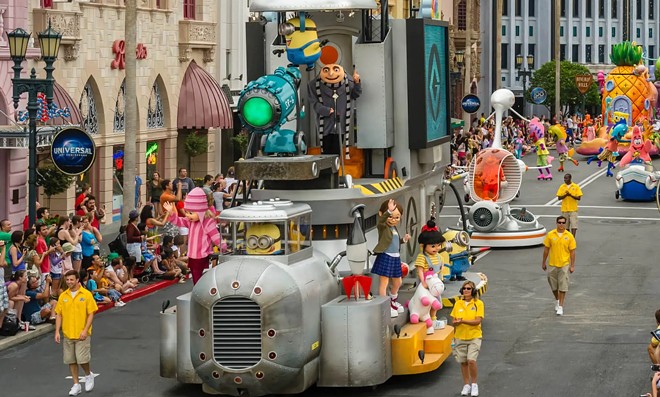 Image via Universal Orlando
The Superstar Parade at Universal Studios Florida
In a 2019 post laying out a multi-year schedule of rumored new projects for Universal Orlando, Theme Park University’s Josh Young announced multiple projects now open at the Florida resort and mentioned one of the next major projects expected for Orlando to be a new to the park parade. He believes this new parade may include multiple floats from Universal Studios Japan. Young speculates that this is potentially the Spectacle Night Parade currently in use in Japan.

Image via Universal Studios Japan
Universal's Spectacle Night Parade at Universal Studios Japan
It makes sense for a mostly recycled parade to be among the projects planned for Universal Orlando in the coming years. With their most ambitious and original park ever conceived now in development just a few miles away, there’s at least a strain internally on how many major projects Universal Creative can develop at one time. Other than a massive VR-based attraction thought to be headed to Diagon Alley, many of the resort’s rumored projects between now and when Epic Universe are expected to open mid-decade are smaller in scope.

The addition of a nighttime parade would also likely be viewed as yet another win by Universal in their arms race against Disney. While Disney parks are most associated with nighttime parades, the last nighttime parade at Walt Disney World was more than half a decade ago. Despite multiple rumors regarding a return of nighttime parades to Disney World, so far there's been no indication Disney is planning to do so. Universal’s Spectacle Night Parade also features many of the most popular IPs used in Orlando, including Transformers, Jurassic Park, and Harry Potter. Focusing on these same blockbuster franchises has helped Universal Orlando become a destination resort in its own right.

Not everyone is convinced Orlando will benefit from the increase in parade offerings in Japan. With her spot-on analysis and insider knowledge, Alicia Stella of Theme Park Stop has proven to be one of the leading voices covering Universal Orlando. In speaking with Orlando Weekly, she expressed doubt that a nighttime parade would be coming to Universal Studios Florida anytime soon. She noted the current daytime has numerous outdated franchises and that parade would likely see a refresh ahead of new nighttime offerings.

Stella was also quick to note things have changed since Young published his timeline in 2019. For now, it’s unclear what the lasting impacts of the pandemic will be on the tourism industry. The Orlando International Airport recently announced it would be adding back the aspects of its building program it had delayed due to the pandemic. Universal also seems to be back to something similar normal, with the resorts once again in the black and attendance has dramatically improved. The same can’t be said for Disney, where the Reflections DVC resort project still looks to be paused, and multiple other projects have reportedly been canceled outright.

With a new park in the works, Universal will build its most extensive arsenal yet in its fight with Disney, and for its oldest Florida theme park, there’s still many options on what all that may entail.