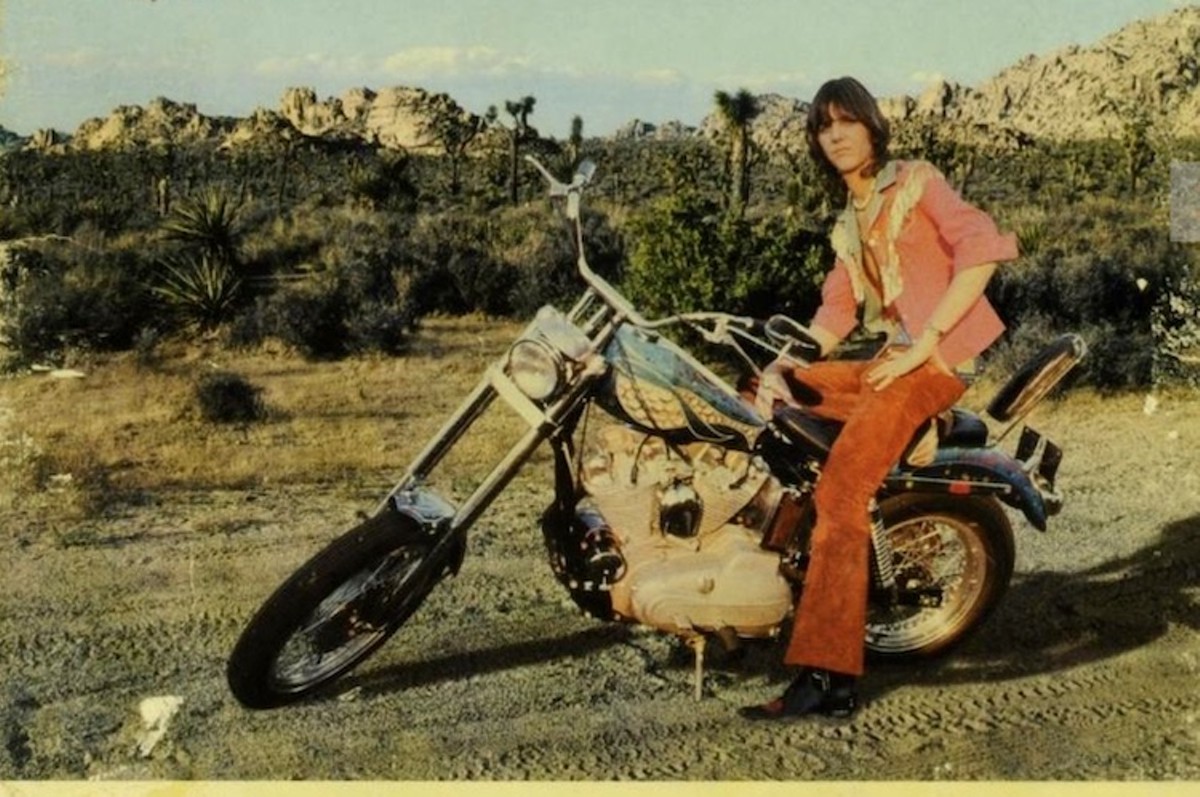 It's no fun being a Floridian these days. The rents are too damn high, the manatees appear to be dying out, and our most prominent statewide elected officials are fascist goons too busy bullying our most vulnerable as a cynical ploy to score cheap "culture war" points on the right-wing media shrillfest circuit to bother doing anything about it.

It makes one desperate to find something about Florida history and culture to really celebrate. Something beyond the truly unique flora, fauna, and creatures. Something beyond the latest tragicomic shenanigans of the (wait for it) Florida Man. Something and someone beyond those we usually take pride in — your Zora Neale Hurstons, your Tom Pettys, your Teddy and the Frat Girls, etc.

Something from here, of here, that the region actually didn't raze to the ground in deference to a homogenous and truly satanic conception of "progress."

All that is to say, it's worth the day trip to Winter Haven to see Gram Parsons' Derry Down — if not to go inside and see bands, then at least to spend a few moments reading the historical marker commemorating the man and his musical legacy, and how it all started right here in Florida and nowhere else.

There are some misguided souls out there who want to tell you that our Gram is a Georgia boy. And, yes, while he did spend his childhood years in Waycross, Winter Haven was always the primary base of operations. The family on his mother's side were titans of the citrus industry at a time when citrus dominated Central Florida, instead of tourism and providing a place for the elderly to run out the clock.

According to the 1994 Parsons bio Hickory Wind: The Life and Times of Gram Parsons by Ben Fong-Torres, the aforementioned Snivelys owned 20 percent of all the citrus trees in Florida in the mid-20th century. Their next-door neighbor was the late tourist destination Cypress Gardens, to which Parsons' grandfather provided financial backing. Nowadays, the land that was once Cypress Gardens is Legoland, where you can still find Magnolia Mansion, the former home of Parsons' grandfather.

It was against this backdrop of family wealth — and the kind of distinctly Southern family implosions that make Faulkner stories look like lighthearted romps — that Parsons began playing and performing music. His first live gig was in nearby Dundee. His bands had names that were typical of the pre-psych 1960s — The Pacers, Legends, Rumors, Village Vanguards, Shilos.

From all of this, Parsons began to home in on what he would define as "Cosmic American Music." And while some have given it the lazy label "country rock" — and while the cynics among us might just dismiss it as the origins of the beast that ended up being all that warbling 1970s California cocaine cowboys with pretensions of being wild west outlaws — what emerged afterward in no way negates the magic and beauty and sadness of Parsons' work with the International Submarine Band, the Byrds on the Sweetheart of the Rodeo album, the Flying Burrito Brothers, and his solo work with Emmylou Harris before his death in Room 8 of the Joshua Tree Inn.

You can easily say about Florida what you can say about Gram Parsons and his relationship to his family — and his stepfather in particular, the stepfather who had Gram change his last name to Parsons when he was a tween: It's, well, complicated. And, like so much of Gram Parsons' too-short life, there's not enough space to go into all of what happened then and after. 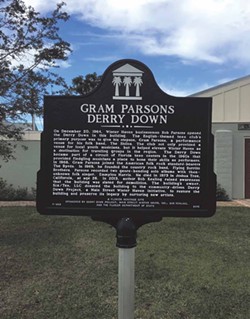 But to read the historical marker and to stand outside Derry Down on Fifth Street NW in Winter Haven, it's not difficult to imagine all the kids hanging out there on the sidewalk. It's reminiscent of being a kid and standing around outside the Hardback in Gainesville in the good gone days, or outside Uncle Lou's and Will's Pub today.

For once, you feel a real-deal connection to Florida. Something that wasn't destroyed by the wrecking ball or corrupted by greed. Why history — musical or otherwise — is important, and why some in power don't want us and our kids to comprehend that.

And as you drive back to Orlando, you can tune out all the bullshit long enough to throw on the Parsons-penned "One Hundred Years From Now" by the Byrds, take solace in the sounds and hold out hope that the lyric "everybody's so wrong that I know it's gonna work out fine" contains all the truth that you hope it might.