Send a News Tip
Update: Republican congressional hopeful Willie Montague, who was at the restaurant, said that the group left of their own accord. In an email to Orlando Weekly. Montague says he suggested they leave the restaurant after being insulted by staff.

"I was the one who asked us all to leave because we were not going to spend our money where we was just called retards (sic)," he said.
Original story is below.


Getting thrown out for acting like an asshole in a Florida restaurant is no small feat. Similar to getting arrested for public drunkenness in New Orleans, you have to be quite the jerk to clear the bar of everyday life in this largely lawless state. And yet, racist shit-stirrer Laura Loomer is still regularly getting tossed out of venues around the state.

A new video shows the odious alt-right anti-vaxxer being shown the door by workers at Relax Grill along Lake Eola. The huffing and pouting anti-vax crowd said that a server called them the r-word, though that's not captured on tape.

What can be seen is the servers calling the police on Loomer's posse as they head out. Loomer is wearing a shirt proclaiming her unvaxxed status, even though she caught a terrible case of COVID-19 earlier this year. 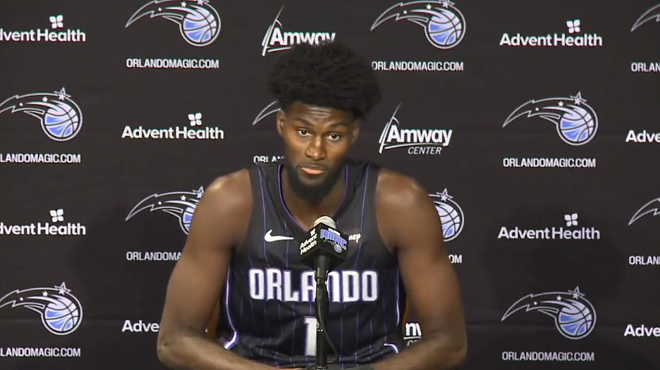 
The video was erroneously passed around Reddit with the framing that the owner of the restaurant threw Loomer et al out and called them names. The person at the end of the clip who says "fuck you, you fucking cunt" appears to be with Loomer's group and not a representative of the restaurant.

Orlando Weekly has reached out to Relax Grill for comment and will update this article when we hear back.