Toys 'R' Us is returning to Orlando this fall 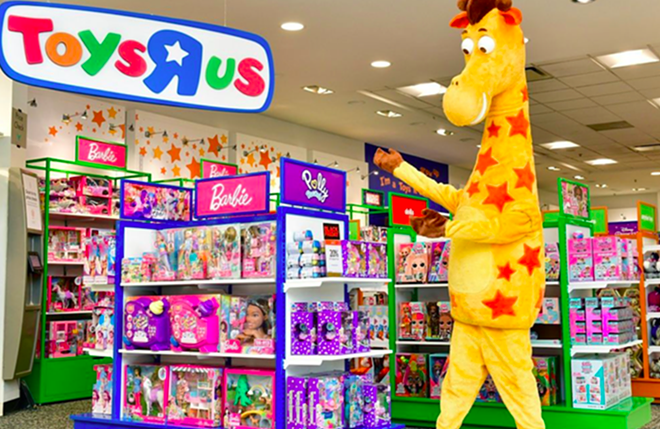 Apparently, Lots-o' didn't kill them all off.

Toys "R" Us is set to make an epic return to the Orlando area after landing a resurrection partnership with Macy's. The stores will be found inside every Macy's location across the country by mid-October, according to CNN Business.

The once-bankrupt toy retailer will begin opening stores later this month and plans to feature perks for customers of all ages, including demonstration tables and photo opportunities. The stores will range from 1,000 to 10,000 square-feet depending on location—so not as big as last time, but better than nothing.

With over a handful of Macy's in the Orlando area, you should have no problem finding gifts for your little Barbies and Jedis before the holidays. Search online for a Macy's near you.

In 2018, Toys "R" Us filed bankruptcy and was forced to close all of its stores. The popular narrative that online shopping gutted the once-omnipresent toy retailer is actually incorrect, as the brand was saddled with the debt of its own purchase by a private equity company. The ballooning debt sunk the otherwise profitable company as the folks responsible bled it of every last dollar.  You'll be happy to know that thousands of people lost their jobs and absolutely nothing was done to curb the practice.

Since then, the company fell short in attempted comebacks until last year's partnership with Macy's. Since last August, Toys "R" products have been available for purchase on Macy's website and resulted in a sales spike during first-quarter earnings.

I don't wanna grow up.