Strangely, Florida women want equal pay and they're trying to pass laws to get it 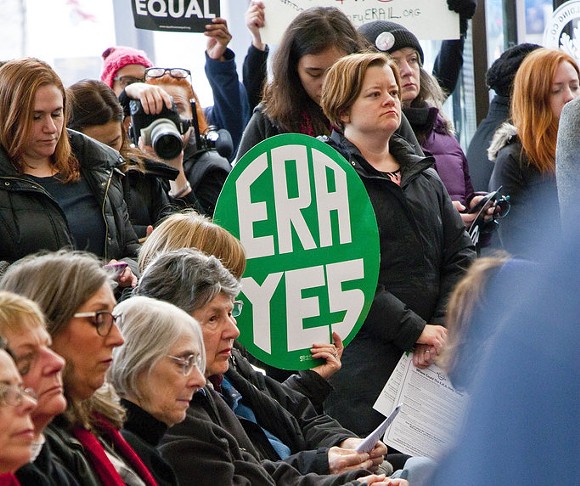 Photo by Charles Edward Miller
The gender pay gap in Florida shows women earn 85 cents for every dollar a man makes, and today, several women's groups are joining forces to help change Florida law – and even the U.S. Constitution.

Florida was a battleground state in attempts to ratify the Constitution to enshrine equality under the law for both women and men. But efforts to pass an Equal Rights Amendment in the Florida Legislature have been on perpetual stall.

Florida's National Organization for Women holds a news conference in Orlando today with women legislators and advocates. Kim Porteous, president of Florida NOW, says they're touting bills to be introduced to close the wage gap and ratify the ERA.

"Because this Constitution was not written for women," says Porteous. "It was written for, frankly, wealthy white men, and we've had to ratify it to make it better. We did it for the abolishment of slavery, with the 13th Amendment."

And Porteous says it's important to do it for women, too, despite some critics who claim the issue is moot considering gender discrimination laws.

"This Constitution was not written for women," says Florida NOW president Kim Porteous.

She'd also like to see Florida tip the scales on the ERA.

"Virginia is lined up to be that 38th state, but we've been fighting hard for it here, too," says Porteous. "And it's important to just take that stand – for our legislators to say, 'Yes, we believe that women should have constitutional equality.'"

The Amendment was introduced or voted on in every legislative session from 1972 until 1982. It passed the Florida House of Representatives on several occasions, but never in the Senate.

Porteous is calling for the Senate version of the resolution to be placed on the Senate Judiciary Committee's agenda in January. 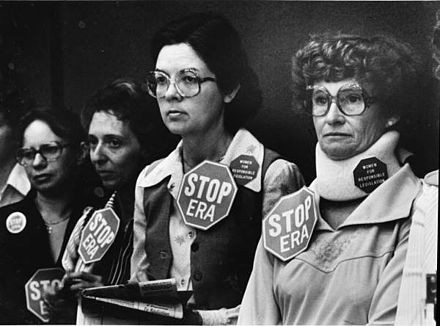 Photo via Florida Memory Archives
Anti-ERA women watching a committee meeting of the Florida Senate in 1979, where consideration of the ERA was postponed, thus effectively killing ratification.

The amendment (text below) was introduced to Congress first in 1923.


Section 1. Equality of rights under the law shall not be denied or abridged by the United States or by any State on account of sex.

Section 2. The Congress shall have the power to enforce, by appropriate legislation, the provisions of this article.

Section 3. This amendment shall take effect two years after the date of ratification.