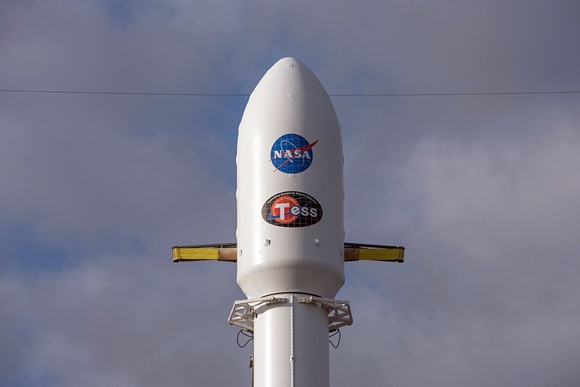 SpaceX has rescheduled the launch of NASA's Transiting Exoplanet Survey Satellite, or TESS, for Wednesday at Cape Canaveral Air Force Station. The satellite will go up this evening on a SpaceX Falcon 9 rocket, after the first launch attempt on Monday was canceled hours before the 30-second window.

SpaceX tweeted this morning around 7 a.m. that, "all systems and weather are go for Falcon 9's launch of TESS today."


The TESS spacecraft will look for new planets among our closest stars. TESS is basically a continuation of the same work that the Kepler Space Telescope is famous for.

Following in the footsteps of its planetary census predecessor, TESS will be on the lookout for red dwarf stars. The $337 million spacecraft will detects brief dips in brightness as the planets pass in front of the stars during their orbits.

The weather shouldn't be a problem, as the conditions will be around 90 percent favorable for the launch, per the Air Force's 45th Weather Squadron.