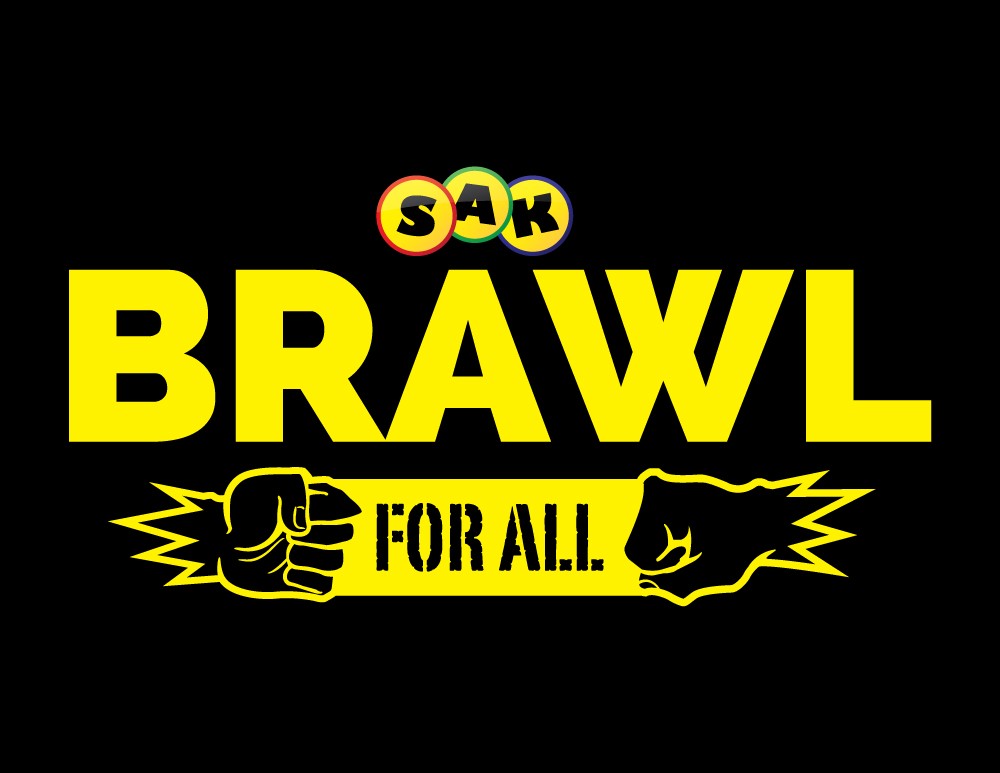 Last summer, we spent our Friday nights watching improv teams of two or three (and sometimes four, but the fourth members were only honorary) compete for the Brawl belt at SAK. The teams participated in a double elimination competition each Friday night until, eventually, a winner was crowned, er, belted. Last year, "Distraction ... by Calvin Klein" took the title, besting teams like "The Hungry Hungry Hipsters," "The Mansfield Co. Perverts" and my personal favorite (and the only team that guaranteed I'd laugh till I cry every time they were on stage), "Dan Francisco."

Tonight, the summer-long competition starts anew, with completely different teams. The improv games won't change though, nor will the host, as Mike Carr leads the teams through fan favorites such as Forward/Reverse, Tag-team Monologues, Once Voice Expert and In the Studio. The audience doesn't get off that easy, though ... sometimes they have to work for their laughs. Throughout the battle, teams will ask the audience for suggestions and sometimes even drag 'em up on stage. And while Mike's figuring out who won (which you get to vote for), you'll almost always be treated to a rousing rendition of "My movie, my movie, my movie," which depends heavily on audience suggestions, so come prepared with a list of your favorite (or oddest) movie genres.

Tonight at 11:30 p.m., "Comet 86 Welcoming Committee" faces off against "Fairies and Sh&t." One team will advance to the next round of competition, while the other will go straight straight home (or to the nearest bar) having lost their shot at continuing in the Brawl for All.

Wanna know who'll compete for your laughs this summer? Here's a rundown of the teams (plus some commentary and totally scientific odds courtesy of SAK Assoc. Director John Hunter):

Designated Improviser: Joel Warren, Chris Dinger, Mark Baratelli. This Dream Team would seem to have it all; musical chops, physical daring, years of experience and solid rebounding. But will overconfidence and whispers of PED use bring them down?

Your Mom! : Amanda Wirtz, Emily Fontano. These two sassy broads have been making a lot of noise lately. Their kicking game is suspect, however, and one injury would decimate half the team.

There Is No Name, Man!: Matt Moeller, Lauren Adler Morris, Ginny Anthony. These improv anarchists show a lot of passion and moxie. They could be hindered by event organizers' concern over what kind of twisted manifesto they might blurt out at the winner’s podium.

Coach Welch's Third Period Gym Class: Travis Ray, Chelsea Swearingen, Christian Kebbel. You might be tempted to grade these Rollins all-stars on a curve, but training under David “Dr. Death” Charles has toughened them up. Student loans could come back to haunt them, though.

The Milk Men: Cody Bush, Sam Hammersley, Eric Novella. A recent GQ cover shoot confirmed their status as the irresistible young hotshots of improv. But is there any substance underneath all that flannel?

Pun DMC: Isaac Knox, Heir Jordan, Shammers. The one thing that Bloods and Crips all agree on is that these boyz have the goods. At the end, will they emerge victorious and drop the mic

Fairies and Sh&t: John Connon, Jim Doyle, Chelsea Hilend. This unexpected combination of sass, sweetness and sideburns could be a dark horse. The only thing holding them back might be their own volatility

or that pesky restraining order.

Lebowski Prov: Darren Vierday, Matt Midgette, Lawrence Collins. Quick, call Dennis Miller! The avalanche of topical, musical and philosophical subreferences that will pour forth from this brainy trio could sweep them to victory

or bury them in a digressive labyrinth from which they never return.

The Roommates!: Katie Thayer, Sheli Nathan Miller. Rumor has it they divide everything down the middle

even audience laughter. Have they put down a big enough security deposit on a victory, or did someone eat the leftovers without asking?

Slumber Party: Jessica Gasparolo, Andy Dunscombe, Stevie Schraudner. This upbeat trio has lulled many opponents into overconfidence with their winning smiles, considerate gestures and thoughtful manners. Then the knives come out.  Literally.

Comet 86 Welcoming Committee: Nicholas Ware, Lindsay Mutert, Lorraine Cornille. A real wild card, with very little videotape to study. The only thing we know for sure is that one of them is bald.