Rents are going down across the country, with notable exceptions in these Florida cities 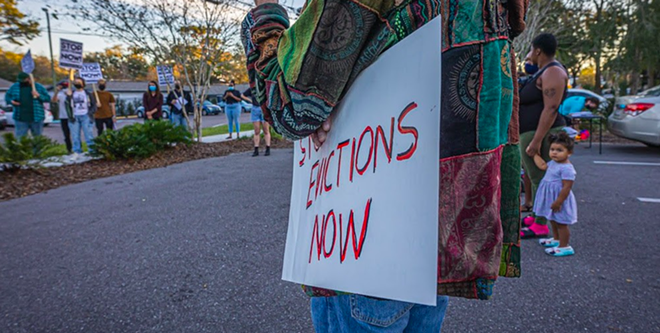 Good news for everyone except Florida! Rent increases are slowing down across the country,  with an exception for many cities across the Sunshine State.

According to a joint study released today from Florida Atlantic University, Florida Gulf Coast and University of Alabama, 38 out of 100 measured housing markets across the county experienced a slight decline in rental prices in September. However, Tampa witnessed an increase at .17% month-over-month, and Miami's prices jumped .45%.

Surprisingly, three Florida cities did see a dip in rental prices.  Orlando logged the largest month-over-month decrease in the state, and the 20th largest decrease in the country at -.33%.  Though it is worth noting that rental prices in Orlando are still up 14.07% since last year.

According to the study, Florida is home to six out of the 10 most overvalued cities in the United States, including Cape Coral-Fort Myers, Deltona-Daytona Beach, Tampa, North Port, and Miami.

Tampa metro area comes in at the 5th most overvalued rental market in nation, with the average rent of $2167.42  per month, as opposed to what renters should be paying according to past rental history at $1908.12.

This means that Tampa Bay renters are paying a 13.59% premium.

Miami is somehow worse, and currently experiencing the highest rent increases, with renters paying 18.22% more than they should be.

The study claims that most of the United States is starting to slow down as far as as rent is concerned, with the largest  decline being El Paso Texas at 1.96%, though many cities are still suffering. Colorado Springs faces the highest increase in the country at 6.71%.

"It's clear from data that rents across the U.S. are reverting back to a more normal long-term trend" said Ken H. Johnson PhD., an economist in FAU's College of Business. "But I'm not surprised to see Florida still at the head of the pack, given the strong demand and severe shortage of units."

This recent study shouldn't be much of surprise, a similar report from April showed that the Tampa metro area faced a 35.8% increase in rents when compared to the previous year.