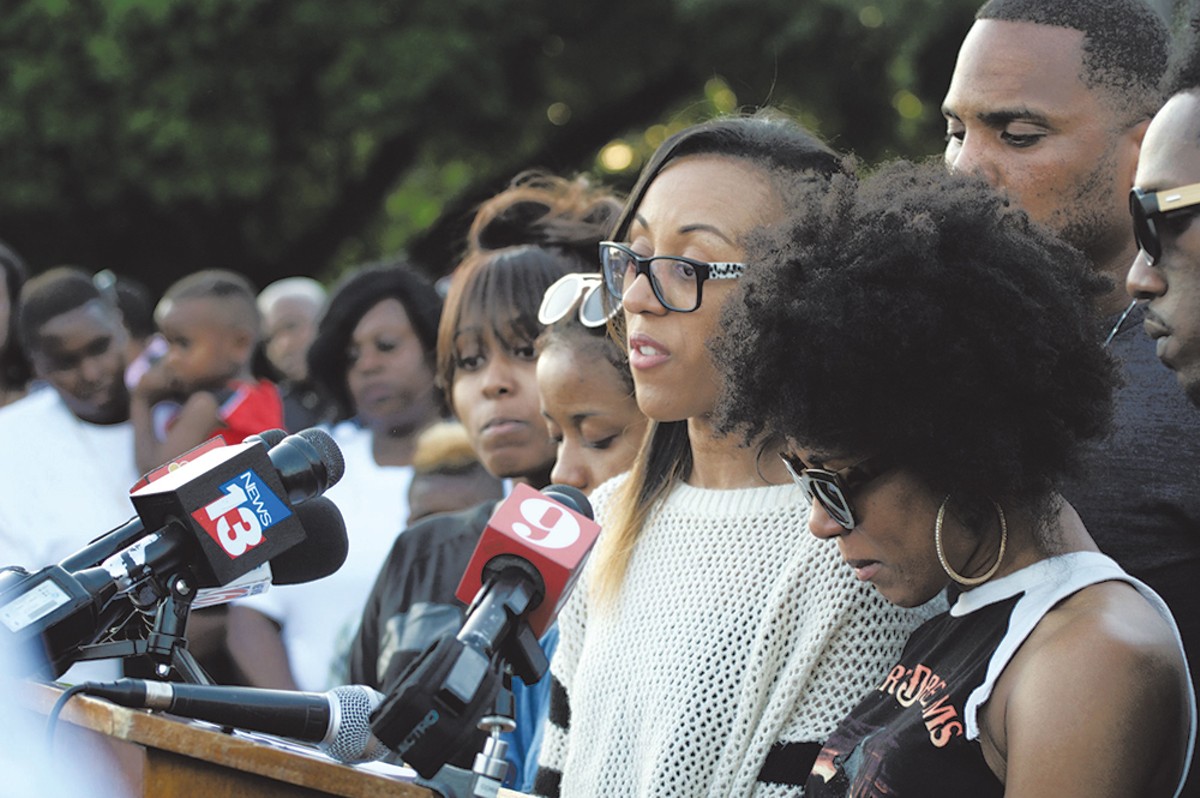 Gino Nicolas and his friends had no rose-tinted impressions about their neighborhood. The teenagers were all too familiar with the criminal violence and poverty playing out in the background of their lives in Parramore.

"I come from a place ... where the life span is shorter than my haircut," Nicolas, then 16, says in a video. "Where going to college is like winning the lottery."

But throughout the 2008 video made by the city's Parramore Kidz Zone program, there was also a sense of pride. Parramore was their community and the place where the people they loved the most lived. At the end of the video, the teenagers collectively repeated the phrase, "I come from Parramore."

And even after he left the neighborhood, made it all the way to Florida State University and graduated last year, after he came back to head President Obama's My Brother's Keeper initiative in Orlando to help other kids like himself, and until his dying day, Nicolas would repeat to people a similar mantra: "I am Parramore."

Nicolas, 24, was killed a week ago at the Landings at Carver Park apartment complex in Parramore in a drive-by shooting. The same shooting killed Tanya Skeen, 46, who was putting away groceries in her apartment when she was hit by a stray bullet, and injured four other men, according to the Orlando Police Department. The men were standing in front of the apartments when a vehicle drove by and the people inside started shooting with multiple handguns.

"At this time, the intended target of the shooting is unknown," OPD says. "There is no verified suspect vehicle description and no identified suspects at this time."

As police try to find out who cut Nicolas' life short, his family, friends and the community he worked with are grieving. Jurde Volcy says his cousin grew up in a typical Haitian home where his parents were strict and didn't let him leave the house unless he was going to the Parramore Kidz Zone or to play basketball.

When he became the Orlando coordinator of My Brother's Keeper, a program that targets opportunity gaps faced by young men of color, he would use his skills on the court for impromptu games with youth who were hanging out at the John H. Jackson Community Center. Volcy says Nicolas' parents didn't understand the scale of what he was doing until after his death. They found photos of him with Gov. Rick Scott and First Lady Michelle Obama, and discovered his plans to start a social media campaign to keep the kids connected to the program. Recently, he organized a trip to the Kennedy Space Center for a group of kids and was contacting guidance counselors to find at-risk youth.

Volcy says Nicolas was changing his speech and trading in his jeans for a more professional look that would inspire his neighborhood. Nicolas would tell Volcy he felt the pressure at his job, but was focused on creating connections to youth that would keep them away from gangs. Volcy doesn't understand his cousin's killing; he doesn't think anyone in Parramore wanted to harm Nicolas.

"They cut my boy short, far short of where he was trying to go," Volcy says. "We lost somebody fighting for change, who didn't leave where they were from, who changed himself so he could change his neighborhood. We're proud, but we'd rather have Gino than be proud at this point."

At an Orlando City Council meeting last week, commissioners listened as Lisa Early, director of the city's Families, Parks and Recreation Department, described Nicolas' life. Early says she met Nicolas when he was about 14 years old at Howard Middle School. In her years at the city, she's worked with kids like Nicolas who sometimes don't have the basic resources to be successful in school. Her son, Samuel Sinyangwe, is the same age as Nicolas and works as a data scientist with Campaign Zero, a national platform that presents comprehensive policies to reduce the number of people killed by police.

"I saw my kid go off to Stanford right when he graduated, and I would see kids in the neighborhood, where the struggle was so deep and the hurdles that get thrown at them was so enormous," she says. "My son went up with booster rockets on him and those kids have anchors. To see Gino move forward on this positive trajectory was hopeful, and to see him cut down at this point in his life when he was doing remarkable things, it's devastating. ... He was a hero, and to know that even he could succumb, it makes it hard for these kids to continue believing. But our job and our consistent message to them is to keep believing."

After Nicolas' death, some local leaders have tried to pinpoint it and other recent killings in the Parramore neighborhood on "black-on-black violence." But as Matthew Nichter, a historical sociologist and professor at Rollins College explains, violence in poorer neighborhoods stems from myriad factors, including housing segregation, mass incarceration, concentrated poverty, increased unemployment rates, dilapidated public housing and lower funding for neighborhood schools.

"Those are the conditions that breed violence," he says. "Instead of talking about the structural racism that causes this, we blame it on the culture, on people having the wrong mindset or attitude."

Withney Simon says he became friends with Nicolas when they were both in the city program. They remained in touch even after Simon moved to Illinois for college, and one time when Simon had no money to buy food, Nicolas, who was thousands of miles away, ordered a box of pizza to be delivered to Simon's home. Simon says he wants to continue Nicolas' work because he doesn't want his friend to have died in vain.

"I would never have thought of Gino dying," he says. "Not till God called him home. I'm sitting here and all I can picture is his face. I can't believe he's really gone."

Nicolas' funeral is 11 a.m. Saturday, April 30, at the Kingdom Church on Nowell Street.