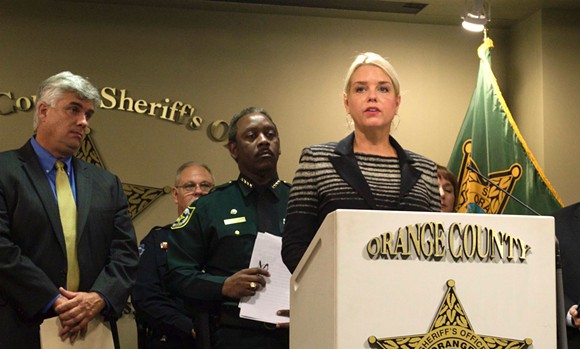 Bondi is looking into AshBritt, Inc., Ceres Environmental Services, Inc. and DRC Emergency Services. According to Bondi, the companies are not living up to pre-storm debris removal contracts with local governments.

"Sitting debris is a health and safety hazard and needs to be removed as soon as possible — but instead of doing their jobs and helping Floridians recover, apparently some contractors are delaying the work or requesting higher rates," said Bondi. "These subpoenas seek to answer questions about why many communities are continuing to struggle with the hazards of debris while having to contend with rate hikes."

The subpoenas Bondi filed are seeking documents that show the contractors are providing their services that follow the estimated times and rates for completion of debris removal. Bondi is also looking for documents that show if these rates have been increased.

The City of Apopka had a pre-storm contract with AshBritt, Inc., but Mayor Joe Kilsheimer says that no one from the company has shown up, the Orlando Sentinel reports.

Seminole County's contractor, Ceres Environmental Services, Inc., initially agreed to remove debris for $7.49 per cubic yard. That rate was later renegotiated to $15.48, with an estimate of 1 million cubic yards of debris needing to be collected.