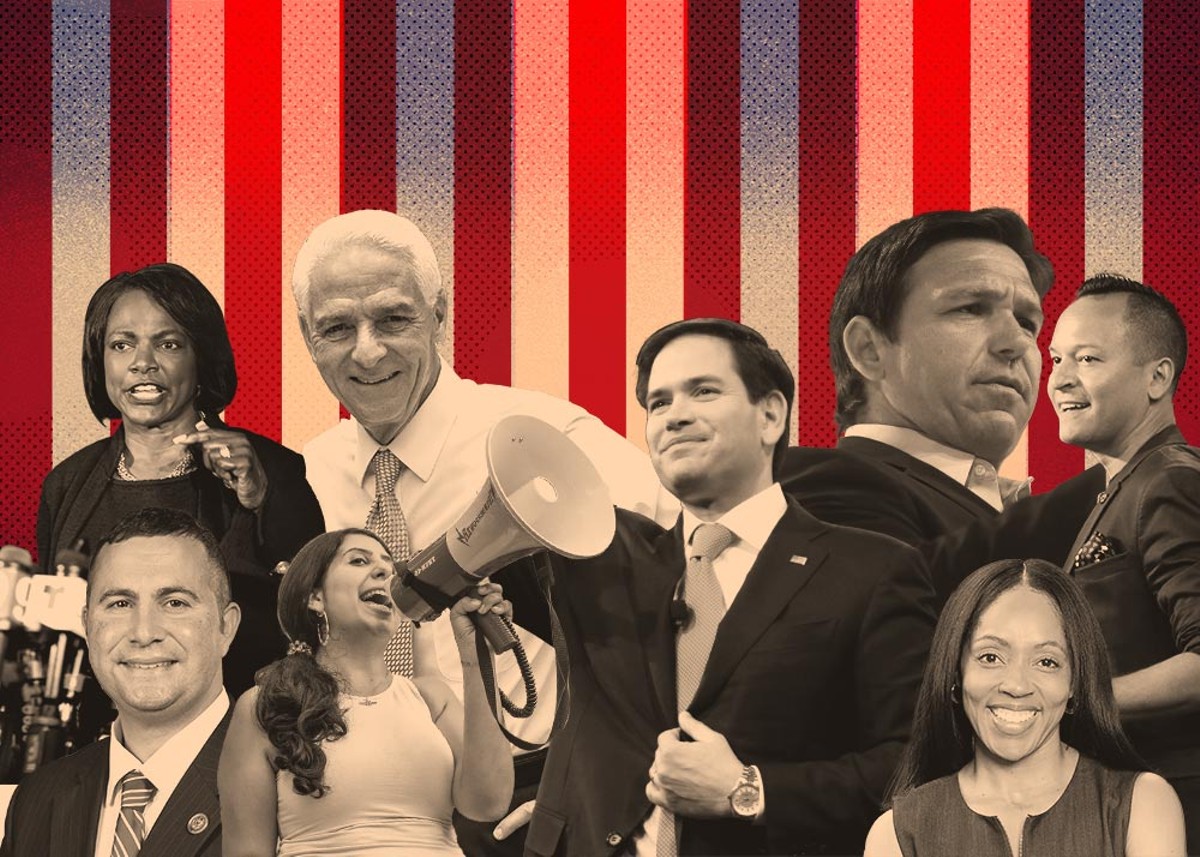 As Election Day looms, it's important to take a serious look into exactly who you're going to be seeing on your ballot Nov. 8. The entire country — world, even — is holding a magnifying glass to Florida's gubernatorial race pitting incumbent Ron DeSantis against former-Governor Charlie Crist. Ditto the Senate race between incumbent Marco Rubio and challenger Val Demings, thanks in part to the ginned-up outrage over Rubio's "ex-white supremacist" and Proud Boy canvasser getting a little roughed up on the job.

So you probably don't need to hear much from us regarding those top line races. In this current "interesting" version of our democracy, some people question the propriety of newspapers offering endorsements at all, and it's a question we seriously discussed within our editorial staff. However, the many personal requests we received for our recommendations, and the undeniable peril of democratic norms at the moment, made us decide to provide. So take us to the polls with you, if you're so inclined; we'd be proud to be your crib sheet.

No contest on this one. Even if you're not feeling the Cristmentum from this old-school Florida politico, DeSantis must be stopped before he does more damage to the state and its marginalized communities. He only won by a slim margin last time, and he's got one foot out the door; this smug fascist needs to go.

This is another gimme. Compared to the political hackery of Ashley Moody, Ayala becoming Florida's Attorney General would be a game-changer in the state. We've been impressed with Ayala since her time as Orange-Osceola State Attorney speaking truth to power against the state's application of the death penalty. In this election she's come out swinging against the "Don't Say Gay Bill," DeSantis' flawed redistricting map, the state's 15-week abortion ban, lax environmental protections and bad landlords. Lending her voice to the Cabinet is a must.

Our picks for other state cabinet positions:

As with the governor's race, this one's not even a question. It's a wonder Rubio is even still in office what with his wrongheaded votes (not to mention the tweets) and frequent absences. Rubio is an empty suit voting in lockstep with the radical right wing of the Republican party and Florida deserves better. Demings would go a long way toward patching up Florida's hopeless Senate representation as personified by Rubio and Rick Scott over the last few years. She's done the work as a U.S. representative and even served as an Impeachment Manager during proceedings against Trump. And though we wish she'd stop leaning into the cop stuff so hard, she's the only choice for this election.

There's been a lot written about how the so-called "gerontocracy" in higher office needs to go. Well, Florida: Now you've got your chance with firebrand Gen-Z candidate Maxwell Frost. Winning a crowded Democratic primary race for Val Demings' old seat, Frost's youthful energy and unabashed progressive views on everything from the environment to gun control are a breath of fresh air in Florida politics.

Republican incumbent Jason Brodeur's involvement in the "ghost candidate" scheme is reason enough for him to get the heave-ho this election. Luckily for Central Florida, Winter Park Democrat Goff-Marcil has over the years proven herself as an effective lawmaker with the ability to get things done in the state house, with commonsense positions on issues like the environment, reproductive freedom and gun legislation.

A certain segment of our online commentariat already thinks we're completely in the tank for Rep. Eskamani, so no surprise we're endorsing her for re-election to represent District 42. She's a unique force for positive change in Central Florida, and we'll leave it at that. Also, don't forget to vote for Carlos Guillermo Smith in District 37. He also works tirelessly for his constituents, and we've really been digging his pushback against DeSantis' victimization of LGBTQ and trans kids in the name of "policy."

No. 1 — Limitation on the Assessment of Real Property Used for Residential Purposes: No

No. 2 — Abolishing the Constitution Revision Commission: No

Even though two appeals court judges — not activist justices, surely! — ruled that this amendment should not be on the ballot, ballots have already been sent out with the ordinance on it. So F it, even if it does go down in flames due to court chicanery, vote Yes on this one hard to send a message to landlords, reticent legislators and city leaders that this needs to happen yesterday.