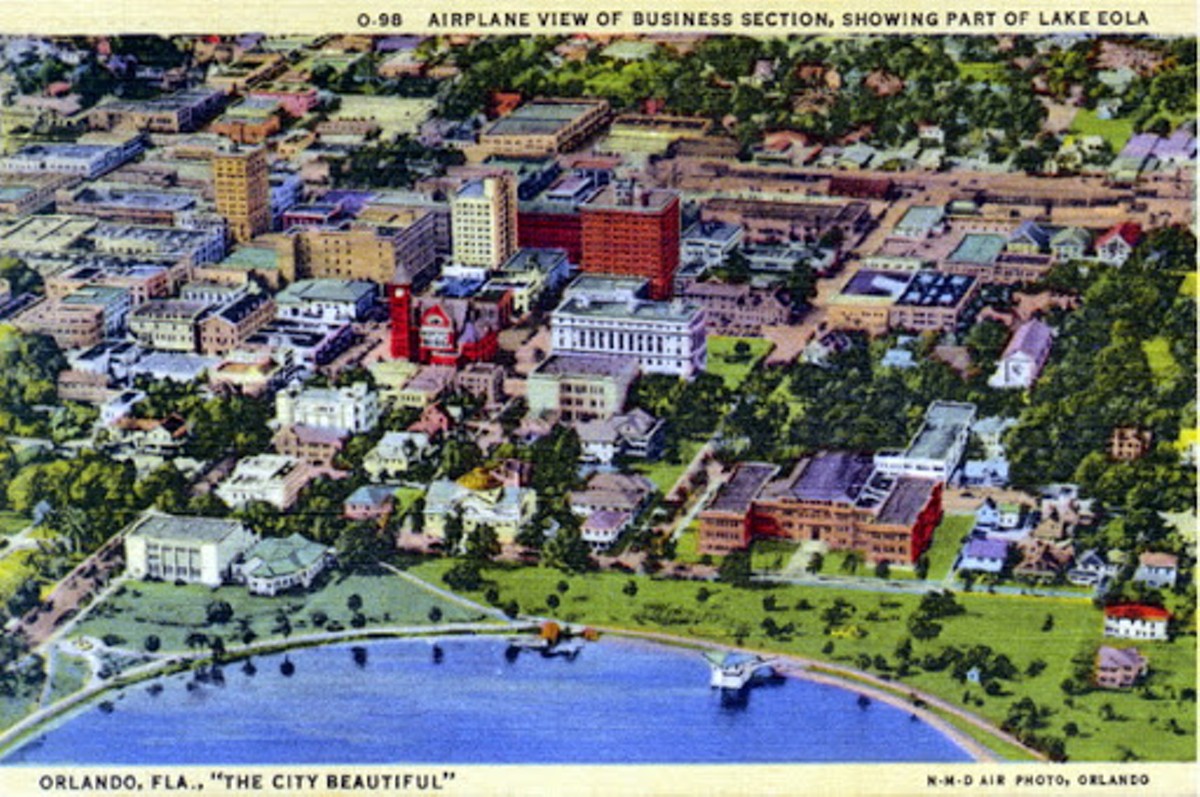 The Orlando Land Trust wants more, not less. Eugenia Sefcik and Lynn Long, founders of the organization formed last October to protect Lake Eola Park and city green space, welcome more downtown Orlando development and cheer the denser regional sprawl spurred by Disney. They want to accentuate what makes Orlando in demand and openly celebrate those benefiting from the real estate and business opportunities in our rapidly growing city.

That is, as long as it’s done responsibly, reserving green space along the way. Both Long and Sefcik come from families that have called Orlando home for five generations. They both remember when cows grazed no more than three blocks from Lake Eola Park.

“No one ever thought to protect green space,” says Long. “Then Disney hit. All of a sudden, there was all of this huge development.”

In 2015, when the city OK’d plans for a 28-story residential building overlooking the lake, Long, Sefcik and hundreds of other Orlando residents urged the city to rethink allowing such a tall building – and its many, traffic-impacting residents – right on the lake.

The planned tower wasn’t built, but Sefcik and Long were now on guard. They went to the city to talk about zoning and regulatory options but ultimately walked away, determined they would have to take action into their own hands. Long, a retired professor and marriage and family therapist, and Sefcik, who runs a business that helps companies find high-skilled workers, established the Orlando Land Trust to protect land around Lake Eola by buying it themselves and donating it to the city with a deed restriction designating use only for public parks.

To start with, the Orlando Land Trust came to an agreement with the owner of the Murrell Building at the corner of Rosalind Avenue and East Central Boulevard downtown, the one with the 7-Eleven, to buy the parcel for $3.5 million. The land is theirs if they can come up with the money by August 2021. The Land Trust is collecting donations and has raised $820,000 as of this writing.

“They are amazing. They went to [Orlando contractor Jim] Murrell and got a discount,” says Orlando City Commissioner Patty Sheehan, who donated $50,000, roughly half of her discretionary fund, to the purchase of the Murrell Building. “‘Little old ladies’?” No, you’re fierce women making stuff happen.”

That early victory was only the beginning for the Orlando Land Trust. Thinking of ways to protect and expand green space in the city has become a consuming passion for Sefcik and Long. The two, who barely knew each other before, talk constantly now.

“Now, we talk about 15 times a day … and night,” says Sefcik. “My husband said Lynn needs to rent a room at our house. I met her husband in October and I said ‘Hi, Stan, I’m the other woman.’”

“It’s a full-time volunteer job,” says Long, estimating that she puts in between 60 and 70 hours of land trust work a week.

If the Orlando Land Trust grabs ownership of the building on the southwest corner of Lake Eola Park, Sefcik and Long plan say the plan is to extend the green space and add a more open and inviting entrance into the park.

“Lake Eola is the centerpiece of Orlando, its heart and center; it always has been,” says Long. “When we were children, our parents brought us here to feed the ducks. We grew up here. We brought our children here, our grandchildren here.”

– This story appears in the March 4, 2020, print issue of Orlando Weekly. Stay on top of Central Florida news and views with our weekly newsletters.