Man caught having sex on Florida beach sentenced to 2.5 years in prison

Photo via Fox 13
Jose Caballero (L) and Elissa Alvarez
Jose Caballero, the man who was caught on film having public sex on the beach in Manatee County last July, was sentenced to 30 months in prison.

Caballero, who was filmed by a nearby grandmother having public sex, taking a nap and then having more public sex, was convicted in May of two counts of lewd and lascivious behavior, according to the Tampa Tribune.

It should also be noted that there were minors present, including a 4-year-old, when the act occurred. 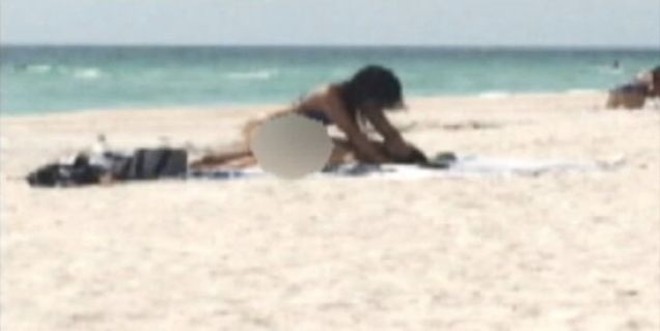 Photo via Fox 13
The woman in the video, Elissa Alvarez, was sentenced back in May to time already served. The incident took place at Bradenton Beach. Both are now required to register as sex offenders.