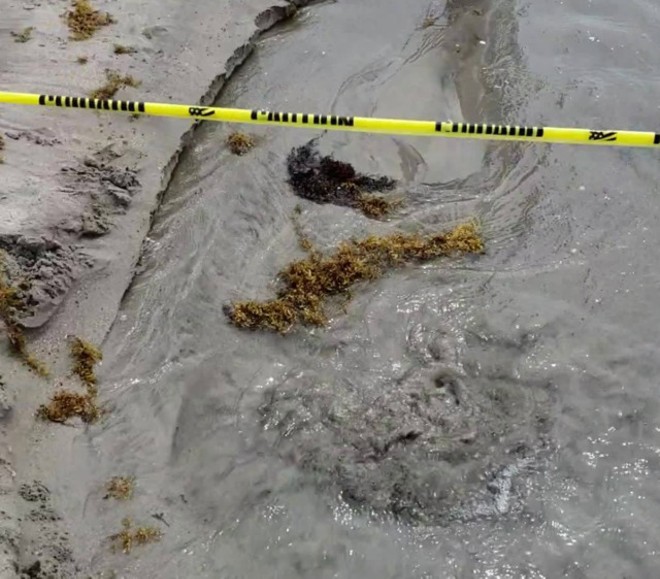 Screenshot via Jodi Jaroschak/Facebook
This hole really sucks.
A large, bubbling hole on a Florida beach has some parents and residents concerned. Last week, crowds gathered at Juno Beach for the Loggerhead Marinelife Center’s turtle release, but the main spotlight of the event was arguably an ominous beach hole.

WPBF-TV reported that hundreds of people, including families with small children, came out to Juno Beach to watch the turtle release. The excitement of a day at the beach turned to fear for some parents when they stumbled upon a gurgling hole near the water that appeared to be sucking seaweed and shells underground.

"I stuck my leg in, and without any pressure or any resistance from the sand beneath, the water and sand instantly sucked me in, up to the very top of my hip. I was able to pull back out, but I could feel the suction from beneath, both my kids were scared to death," mother Jodi Jaroschak told the station.

While locals told WPBF-TV they knew to avoid the hole, visitors to the area were alarmed at the lack of warning markers around the potential hazard.

In the wake of these complaints, Amanda Moore, senior manager of Integrated Marketing and Partnerships for the marine center, told weather.com that additional markings have been added to the area in an email.