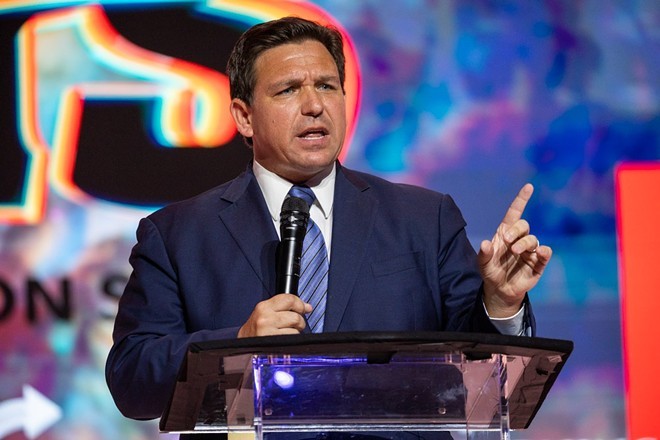 A prominent donor and ally of Florida Gov. Ron DeSantis was found dead in a parking lot in North Florida last week.

Jacksonville defense contractor Kent Stermon died of an apparent suicide outside of the Mayport post office on Thursday. Stermon owned the company Total Military Management and had donated more than $60,000 to DeSantis election funds.

Stermon's connections to DeSantis go well beyond political donations. When DeSantis was pushed out of his Jacksonville district by redistricting in 2016, he moved into a Stermon-owned condo that was within the boundaries of the new district to run for office. Stermon was appointed to the Board of Governors overseeing state universities by DeSantis.

The 50-year-old contractor was reportedly under investigation for sexual misconduct, according to Jacksonville Sheriff's Office sources that spoke to the Florida Times-Union.

Stermon was a big-time mover and shaker in First Coast politics. Under the tenure of former Jacksonville Sheriff Mike Williams, Stermon had an access card to JSO headquarters in spite of not serving as law enforcement. He used the card hundreds of times, including 87 times this year. The access swipes stopped just days before the swearing in of the current sheriff.  He publicly donated $140,000 to political causes and campaigns in the state.

“I am stepping about as far from politics as I can right now,” Stermon texted the publication. “My prognosis is positive and I just got discharged from hospital but I have a ton of work to do to get healthy.”