There is no immediate front-runner to succeed Diaz. 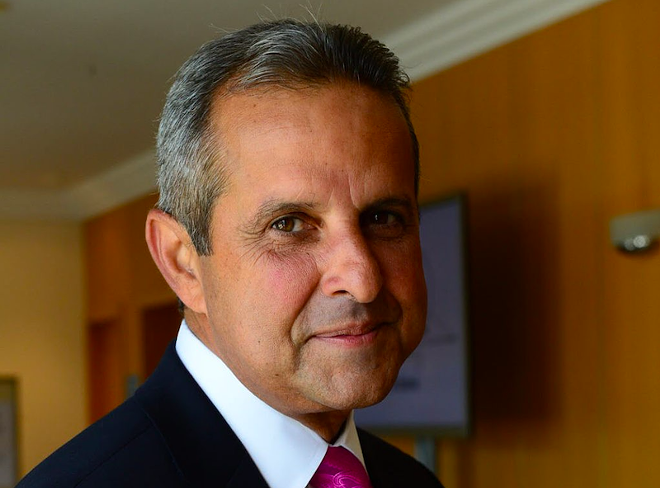 image courtesy Florida Democratic Party
Less than a week after the election, the People’s Progressive Caucus of Miami-Dade also issued a statement calling on Manny Diaz to resign.

Two months after the Florida Democratic Party suffered one of its worst elections in modern history, party chair Manny Diaz announced on Monday that he was resigning from office.

“After much reflection, I regret to inform you that I have chosen to retire as FDP Chair, effective immediately,” Diaz wrote in a five-page letter addressed to Democratic executive committee chairs and other Florida Democrats on Monday afternoon. “It has been a pleasure and honor to work with you, and, rest assured, I will continue to fight with you to get Democrats elected.”

In the 2022 mid-term election, Democrats lost every statewide race on the ballot. They also lost several major legislative races as well, with their representation now whittled down to just 35 members in the 120-member Florida House and 12 in the 40-member Senate, giving Republicans a “supermajority” status in both chambers.

The dismal turnout affected down-ballot races as well, with county commissions in places such as Pinellas and Hillsborough moving from blue to red.

The election was so decisive for Republicans that most state and national commentators now consider the once top “swing-state” in the nation a solid red state, with Ron DeSantis winning reelection by 19 percentage points over Charlie Crist and Sen. Marco Rubio defeating Val Demings by nearly 17 points.

In his letter, Diaz denies that Florida is now a red state.

“However, we cannot win elections if we continue to rely on voter registration to drive turnout, build field operations only around elections, and expect to get our vote out without engaging voters where they live; listening to them and earning their trust- helping everyday people with their everyday problems,” he writes.

Diaz also says that he had hoped to address these issues and build a united Democratic Party.

“Instead, I found obstacles to securing the resources and a long standing, systemic and deeply entrenched culture resistant to change; one where individual agendas are more important than team; where self-interest dominates and bureaucracies focus on self-preservation.”

Throughout his letter, Diaz notes the challenges he faced as party chair, noting that “willing volunteers have become nearly extinct in Florida since (former President Barack) Obama’s last campaign in 2012.”

“Volunteer recruitment was not a priority,” he notes. “There was no energy or sense of community or urgency. Recruiting, training and building volunteers seemed to be an afterthought. Large events and recruitment efforts, traditional tools for capturing volunteers, did not exist. We have plenty of social media activists, not roll-up-your-sleeves volunteers. We communicate virtually, not personally.”

Diaz also writes specifically about his disappointment about how his hands were tied going into a Jacksonville city council election in 2021.

He also grew weary of arguments about ideology.

“Many continue to lose sight of our mission- to win elections not arguments. High ideals are important, but mean little without the power to put them into practice,” he writes.

Calls for Diaz to go began even before last November’s election from some Democrats. Thomas Kennedy, a member of the Democratic National Committee from Miami-Dade County, told Politico 10 days before the election that he thought that Diaz had failed the party on a number of fronts and should step down the day after the election.

Less than a week after the election, the People’s Progressive Caucus of Miami-Dade also issued a statement calling on Diaz to resign.

“We believe there are many factors that led to Florida Democrats’ losses, but we cannot ignore the leadership of the Florida Democratic Party played a large role in our midterm election results,” the People’s Progressive Caucus of Miami-Dade wrote in a statement on Nov. 14. “As Democrats, we believe in justice and accountability, and must hold our own accountable, and must hold our own accountable for the sake of the Party.”

But despite those calls for his ouster, Diaz said four days after the election debacle that he wasn’t going anywhere, writing in a statement that he would “refuse to give up when the going gets tough.”

Diaz was at the helm when the Florida Republican Party officially overtook the Democrats in party registration for the first time ever in November 2021. There were 305,950 more registered Republicans than Democrats as of last November’s election.

There were certainly factors beyond his control. Following Donald Trump’s election by 3 percentage points over Joe Biden in the 2020 election, a number of organizations that historically have made financial contributions to Democrats opted to sit out the 2022 midterm. On Election Day the FDP issued a statement showing how spending from outside groups and PACs went from $58 million in 2018 to less than $2 million in 2022.

There has been a notable lack of stability with the party chair position for the Democrats in recent years. Diaz succeeded Terrie Rizzo, who opted not to run for reelection following her term after the 2020 election. She had led the FDP for nearly three years, taking over in 2017 from Stephen Bittel.

Bittel lasted less than a year in charge of the FDP. He stepped down in the fall of 2017 after a report surfaced accusing him of sexually inappropriate comments and behavior toward a number of women.

There is no immediate front-runner to succeed Diaz.

Undoubtedly there are local party chairs and committeemen and committeewomen who may now also contemplate a candidacy. Among those members could include Hillsborough County Chair Ione Townsend and recently elected Leon County Chair Ryan Ray.