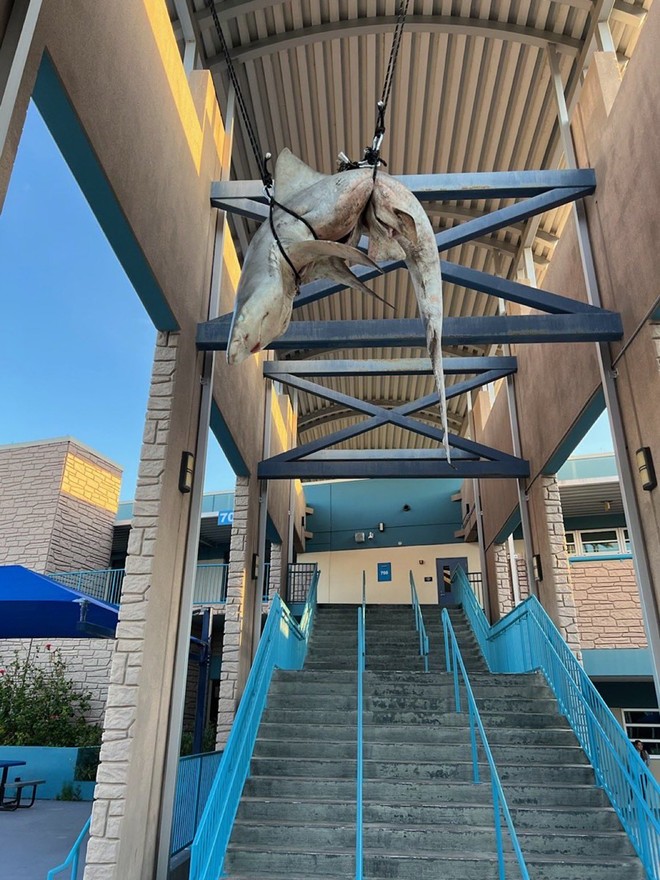 St. Johns County School District
A dead shark was hung from the rafters of a Florida high school in what appears to be a senior prank.

Five students were identified on surveillance video hoisting the shark, according to reports from News4Jax. The prank is currently under investigation by the FWC as well as the local sheriff's office.

“It’s kind of gruesome. I’ll be honest. That’s a pretty big shark too,” junior Julian Chandlee told the Jacksonville outlet. “It’s in the main courtyard. There are some steps that go up to the main hall, and that’s right over the steps, so it’s in a pretty major spot.”

By Matthew Moyer and McKenna Schueler