A Florida man was arrested for assaulting his roommate with pizza 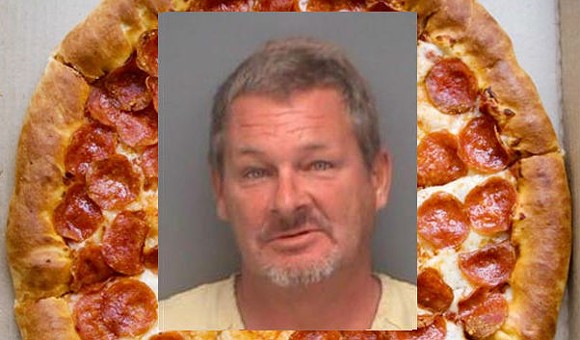 Daniel Allen Plunkett, Treasure Island resident and man with little to no respect for Italian American cuisine, was arrested for throwing a slice of pizza at his roommate.

The incident occurred last Wednesday, June 3rd, when a shirtless Plunkett got into a pizza-related argument with his roommate, Brenda Fiejdasz, and hurled a slice in her direction. According to the Tampa Tribune, the slice was hot and landed on her left hand. Also, some sauce got on her shoulder.

Plunket claims Fiejdasz also threw pizza, but ultimately the 50-year-old pizza tosser was arrested for simple battery and violating his felony probation for driving under the influence.

It is worth noting that the official complaint did mention that Plunket's shirtless body was covered in sauce.