'Spirit Halloween: The Movie': Christopher Lloyd tries his best to have fun, but the 'Spirit' is weak 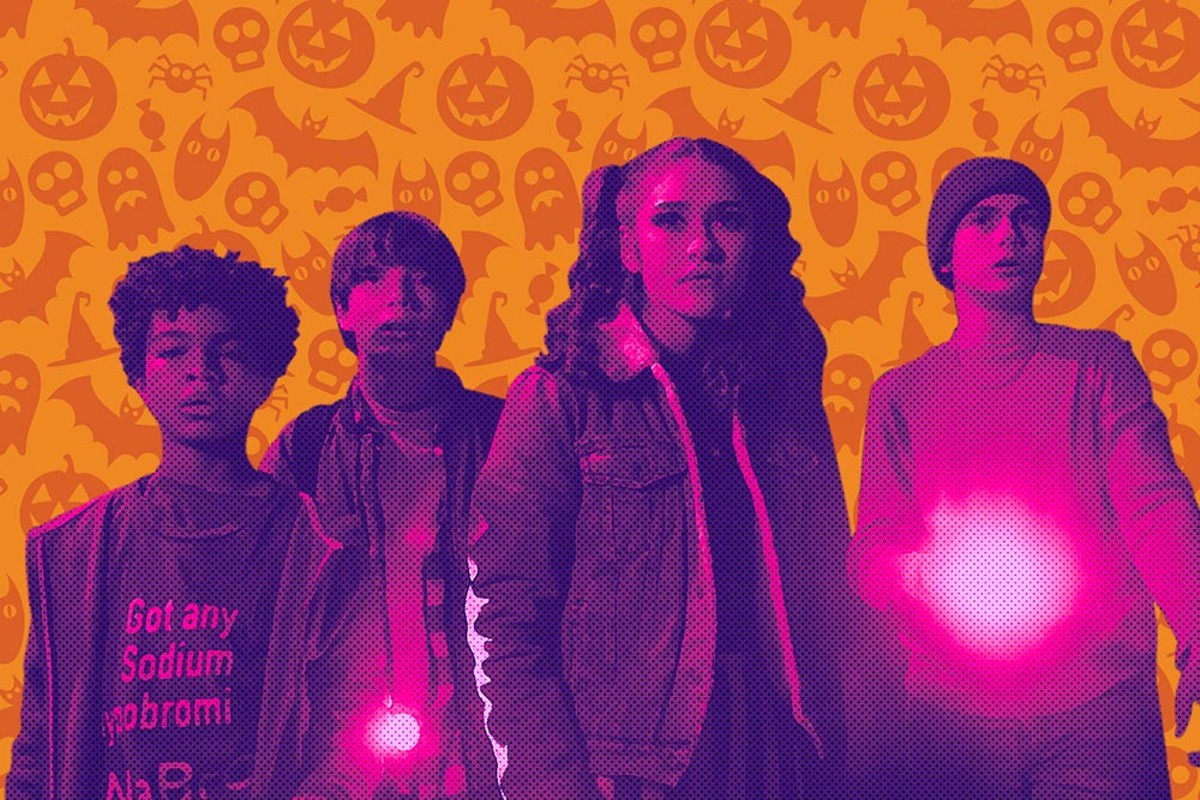 photo illustration by Daniel Rodriguez
SPIRIT HALLOWEEN:
THE MOVIE (PG-13)
available to rent on
Amazon Prime, Google Play,
Redbox VOD and others
2 stars (out of 5)

I was hoping I'd be able to champion Spirit Halloween: The Movie. As somebody who has worked in a Spirit store — later in life than I'd like to admit — I have a natural interest in any story that shows tweens hiding out in one of the ubiquitous pop-up shops on Halloween night, only to be hunted there by a vengeful ghost that wants to consume their souls. Seasonal retail, amirite?

Upping the ante, the store in the movie is clearly located in a former Toys R Us, just like ours was. On the day of our load-in, we even found some graffiti scrawled on the back wall warning us that the place was — wait for it — haunted. Honestly, the title of this flick might just as well have been my employee ID number.

Sadly, our team never ended up witnessing any actual paranormal activity, and the film doesn't deliver very many more thrills either. All we get are some very perfunctory scenes of possessed animatronics shaking themselves semi-menacingly at kids who know they aren't going to snuff it, because they're in a PG-13 picture. I've seen more genuine pandemonium when a display fell on somebody. And speaking on behalf of the company, I think the filmmakers missed an opportunity by not superimposing the SKU number and suggested retail price of each item on the screen as it went flying by. You know, like in Fight Club.

Not only is the action tepid, it only takes up the last act of the movie. The rest of the running time is occupied by whiny dithering over juvenile social dilemmas that are hoary in the extreme. When is a kid too old to trick-or-treat? Can a youngster who's still missing his deceased dad make peace with his mom's new husband? How does a guy on the brink of puberty make a an older girl notice him? It's ripped-from-the-headlines stuff — if the headlines you're talking about appeared in a 1974 issue of GRIT, America's Family Newspaper.

I've seen more genuine pandemonium when a store display fell on somebody.

As you may have surmised, when they aren't dodging rubber scythes, our heroes all get to learn valuable lessons about life. Somebody should tell them that, as learning experiences go, nothing beats reaching your 50s and realizing you can get away with murder on the job because your 20-something boss has assumed anyone your age who's working in a Spirit Halloween store must be learning-impaired. Suddenly, you're Kevin from The Office, and Holly is moving that carton of "Evil Midweek Cutie" costumes across the floor her own dead self. BUT I DIGRESS.

In the film's favor, it looks fine, suckering you early with its surface professionalism. That illusion evaporates, however, once you've met the youthful cast, whose talents can charitably be described as "varying." (One poor dear's diction is so persistently incomprehensible that he seems to be auditioning for a prequel to Pootie Tang.) The adults, meanwhile, don't get much to do. In the almost peripheral role of the evil specter in question, Christopher Lloyd tries his best to have fun, resigned to the knowledge that his career has become the artistic equivalent of a Cameo video sent as a gag gift.

The only bits of SH:TM that resonated with me fully were some fleeting shots of the store's long-haired slacker of an assistant manager, whom we see lazily unplugging the displays at the end of one business day and opening up the shop the next morning. That depiction brought back pleasant memories of one of our own assistant managers, who liked to tell the story of the time he had been thrown out of Spooky Empire for making goo-goo eyes at Christina Ricci while he was on 'shrooms. Now there's a movie I'd like to see.