SOUTH OF THE BORDER

"There is an energy in Korean filmmaking that springs from the many social changes that have taken place in Korea over the past couple decades," says Darcy Paquet, author of the upcoming book New Korean Cinema and founder of KoreanFilm.org. "Korea has changed so much in so short a time, and this turmoil and dynamism is reflected in the films."

American films dominate the screens in most corners of the world, even the "big" film countries like France, but in South Korea, it's the homegrown industry, known as Chungmuro, that takes precedence at the multiplex. In the last decade, box office shares for Korean films have hovered around 50 percent or higher, going as high as 64 percent in 2006. "Even in 2008, which was a very bad year, Korean cinema took over 40 percent of the market," says Paquet. In comparison, European films were responsible for around 25 percent of Europe's market in the last few years.

The innate fascination with moving pictures has been alive in Korea as long as there has been cinema. The first films were shown in the 1890s, before there was a North and South. In the '20s, a still-unified Korea would burst into song together at the end of Arirang, one of the many lost pre-war Korean films, to protest Japanese annexation of their land.

The effects of Korea's split into the communist North and the capitalist South at the end of the Second World War are still developing today, but the strangest film-related advance was the plot — let's use the word allegedly — by Kim Jong Il to kidnap South Korean director Shin Sang-ok and his wife to create a North Korean film industry. Shin gave the world the Godzilla rip-off Pulgasari before he and his wife escaped to America … where he gave us a few Three Ninjas sequels.

Until the mid-1990s, films were heavily censored, first by the Japanese and then by a succession of domestic dictatorships under the Motion Picture Law. By 1996, when most of the avenues for government interference were removed, there was a building wave of budding filmmakers who had the need to scream to the world through cinema, as did the French New Wave in the 1960s and New Hollywood in the 1970s.

History is something of a preoccupation for the Korean film industry, with no topic essayed as much as the North-South split and, to some extent, American involvement in the split, as seen in JSA and Welcome to Dongmakgol. One of the most brutal events, the May 18, 1980, uprising in Gwangju against the military dictator Chun Doo-hwan, is another cornerstone event. It serves as the anchor point for Peppermint Candy and A Petal. The coda of the film May 18 states "207 deaths, 2,392 wounded, and 987 missing people."

But lately these old standards seem to be stale material in and outside of Korea. Where a few years earlier Im Sang-soo found success (and American distribution) with The President's Last Bang, about the assassination of Korean President Park Chung-hee by his own head of intelligence, Im's Gwangju film, The Old Garden, received lukewarm reviews and was ignored at festival time.

It's not a lack of compelling material to spin new and interesting tales, but a lack of financial vision and willingness, according to Mark Russell, author of Pop Goes Korea: Behind the Revolution in Movies, Music, and Internet Culture and the blog Korea Pop Wars. "There are so many great stories still waiting to be told," he says. "Like in most places around the world, the bean-counters gradually took control and pounded much of the life out of the industry." 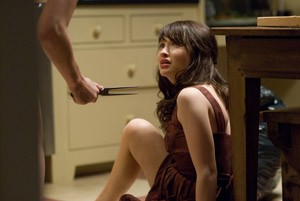 Chungmuro's existence was brought along slowly throughout the years with the help of a "screen quota" system. Implemented in the '60s, the system limited the number of days foreign (American, for example) films could be screened in Korean theaters, thus encouraging local cinema. Korean films had to be shown for 146 days out of the year. The rest of the time American films, or those of any other country, could be shown.

The U.S., however, wasn't happy about being given limited product placement, and in 2005 President Bush called on South Korea to slash the quota in half, thus giving the U.S. double the theatrical possibility in the country. Rolled into a broader trade agreement with the United States, the quota system for homegrown Korean film was dutifully cut to 73 days per year in 2006, sparking protests from many in the industry, including Oldboy director Park Chan-wook and star Choi Min-sik, who vowed not to appear in films again if it passed. It did, and he hasn't. Rob Portman, a trade representative for the U.S., said at the time that the deal would "help level the playing field and increase movie choices for Koreans."

"It was little more than a placebo," says Russell, asserting that the quota kept Chungmuro from taking a much-needed look in the mirror.

"What's more striking is when you compare the Korean lineup at the first or second Pusan International Film Festival `with today's lineups`," he says. "Right now, most of Korea's top filmmakers are the same guys from eight to 10 years ago."

"Some quota supporters claimed that the reduction of the homegrown quota would lead to a downturn in investment, but when you actually talk to investors it doesn't seem to be a significant factor for them," says Paquet.

It is the cult films that drive Chungmuro's popularity abroad, however. "Western film fans were on the lookout for the next big thing," says Russell. "Hong Kong had had its moment in the sun in the early 1990s, but that had passed as the industry there went into decline and the top talent were poached by Hollywood."

The "extreme" films, like Lady Vengeance and The Isle, the horror flicks Into the Mirror and Memento Mori, and sardonic-sweet romantic comedies like Please Teach Me English, in which the more violent the girl is, the lovelier she seems, make up the face of the Korean wave in the West, and it's been duly noted by profit-seekers.

And so we've become poachers again, but this time it's less successful. Jun Ji-hyun, coiner of the ever-popular Korean love note, "Do you wanna die?" (the catchphrase from her hit film My Sassy Girl) found no success here, and the remake of Girl starring Elisha Cuthbert went straight to DVD.

There are remakes of Oldboy (Steven Spielberg and Will Smith are in talks as we speak) and The Host (Pirates of the Caribbean director Gore Verbinski will produce) on deck to add to Mirrors and The Lake House, but they are stuck in development hell.

With any luck, they'll stay there.