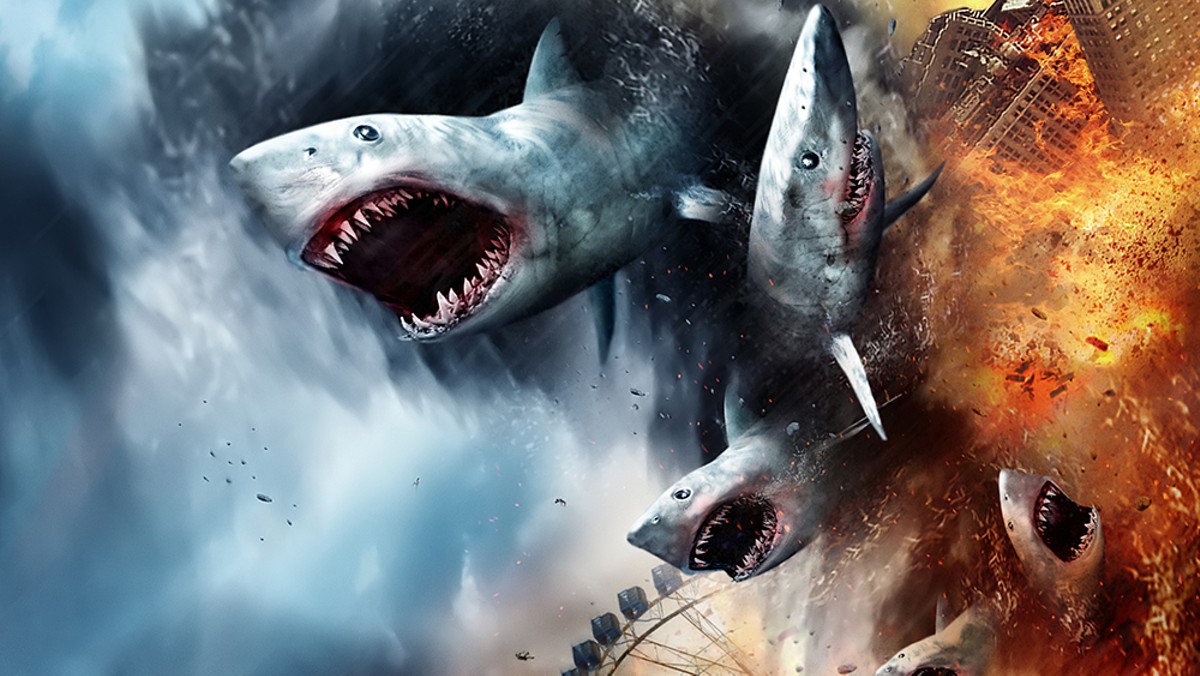 For those craving classic cinema, the title of the latest Sharknado movie – Oh Hell No! – seems appropriate. But for economically minded advocates of Florida film production, the new television movie is more a case of "yes, please!"

Sharknado 3, airing July 22 on SyFy, was shot partially in Orlando, over eight days in February. It filmed at Universal Studios, and therefore didn't have quite the economic impact of Disney's Tomorrowland, which filmed in many local spots. But it was still warmly welcomed, particularly in light of the Florida Legislature's failure to pass tax incentives for film production.

The first Sharknado aired in 2013, and despite its similarity to other "Z-movies" that the Asylum production company had made for SyFy, it managed to rise above the rest, thanks to its campy appeal. And when the second installment, in 2014, partially abandoned the laughably bad dramatic formula and turned toward spoof, it smashed the channel's viewership record, drawing an audience of 3.9 million. It was only a matter of time before a third one was planned, and according to director Anthony C. Ferrante, Orlando was the logical choice for both the setting and shooting location.

"The first two movies, we exploited New York and L.A.," Ferrante says. "We wanted to do a Washington, D.C., thing for [this film's] opening, then we wanted to get them, like, over the whole East Coast to give them a longer journey, and we thought Orlando would be a great place because it offered a lot of great things. And we also had the synergy of the [Universal Studios] park because SyFy is owned by NBC Universal.

"We were told we'd be able to shoot at the parks and utilize all the stuff, with set pieces galore," Ferrante says, adding that the backlot doubled for the nation's capital in at least one scene. "There's so much that this place offers, and it's also different [from the other films]. We went from sunny California to cold New York to tropical Orlando.

"[Orlando has been] so production-friendly, [which is important] because these Sharknado movies are shot very quickly. We have 18 days to [shoot]. We're shooting half of it here and half of it in L.A., with some in Washington ... and by June [four months later], we [had] to deliver" the completed film.

In Sharknado 3, Tara Reid (April), Ian Ziering (Fin) and Florida's own Cassie Scerbo (Nova) are again battling storms of sharks but are joined by a host of newcomers who threaten to raise the camp value to heretofore unimagined levels. There's David Hasselhoff as Fin's dad, Bo Derek as April's mom, Mark Cuban and Ann Coulter as U.S. president and vice president, Penn and Teller, Jerry Springer, Cindy Margolis, Michele Bachmann, Anthony Weiner, Kathie Lee Gifford and even locals such as Michael Winslow and NSYNC's Chris Kirkpatrick. And then there's the plot – penned again by Thunder Levin – which involves a shark storm so powerful that only a trip into space will stop it.

So does all this ridiculousness happen by accident or is it carefully calculated? Though the answer is probably a bit of both, Asylum's recent success seems more a product of dumb luck.

I was granted exclusive access to the set during filming, and though the entire crew was more than accommodating – with actor Chad Ochocinco jokingly offering to smoke weed with me – the process was not exactly the height of professionalism thanks to the rushed schedule, limited budget and last-minute planning. For instance, when I spoke with Ferrante during shooting, he still wasn't sure of his locations. And the directions shouted to Ziering – in a production-facilities room doubling as a NASA control center – seemed to sum up the silliness: "[You're] getting prepped for a last-minute space flight! The world is about to end!"

Despite those eccentricities – and a crew strike during filming in Los Angeles – Asylum has stumbled upon a business formula that works. In the process, they've created the most profitable original series in SyFy's history. And that's good news for the local crew and catering staff, who were thankful for jobs.

Orlando's Steven Shea was among the grateful. Although the main production crew was from Los Angeles, Asylum used about a dozen locals like Shea for minor production jobs.

"When the rumor popped up that they were going to be shooting in town, I was excited," Shea says. "I basically had a couple of people I knew that ended up getting my name in front of the right people. And I got hired on to manage and produce the EPK – electronic press kit – which is basically like the behind-the-scenes [video] of the shooting here in Florida. ... It was one of the best productions I've worked on in the state."

Jen Vargas, who serves on Film Florida's marketing committee and on the Florida board of Women in Film and Television, shares Shea's enthusiasm for this production but is disheartened by the Legislature's inaction.

"This is the third consecutive year where Florida's Legislature has not included funding for our film, TV, commercial and digital-media industries," she says. "It's disappointing and disheartening for all of us. With other states such as Georgia and Louisiana consistently thriving with business [because of tax incentives], it's quite difficult for me personally to understand why Florida can't do the same. 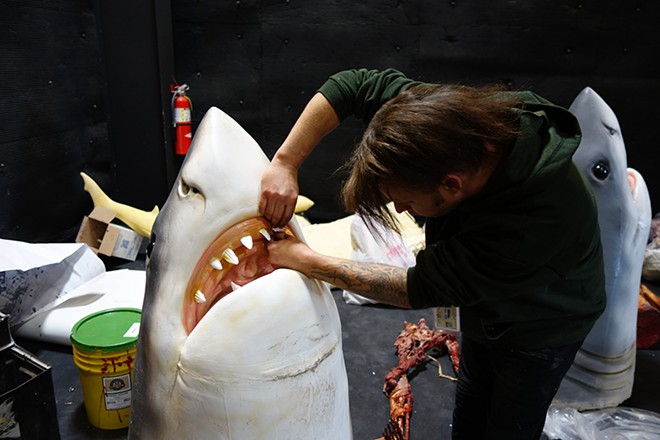 "According to Film Florida, for every dollar the state invests in our tax-credit program, upwards of $5 is spent here at home. A production could spend, on average, $125,000 per day, [but without the tax incentives] there's no financial advantage to shoot here," Vargas says. "Local filmmakers and production personnel have been actively taking work out of state, even relocating, for the last couple of years."

Shea, who was voted Best Local Filmmaker in last year's Orlando Weekly Best of Orlando readers poll, is among the departing. "[My family and I] are planning on leaving, planning on taking off to Los Angeles," he says, adding that more than 20 of his filmmaking friends have left in the last six months, most bound for Georgia. "It's not conducive to [a filmmaking career] to stay here. There's just not enough work to go around."

But it's not all bad news. At least we get to see the City Beautiful partially destroyed this week by a torrential downpour of enormous, toothy fish. Hey, maybe the sharks can target the Tallahassee lawmakers in Sharknado 4.