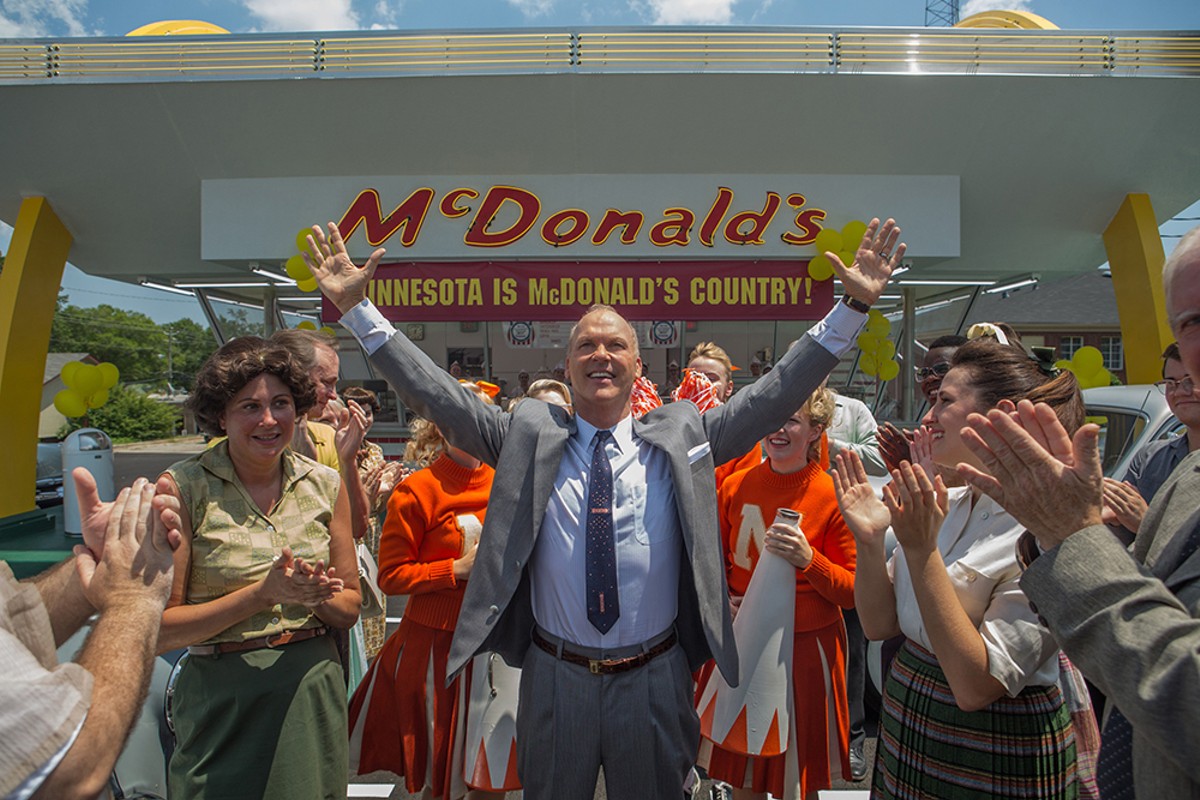 The Founder Poor Michael Keaton. For the last two years, he's had to scurry his ass up to the stage as a movie he was involved in snagged the Academy Award for Best Picture while his own performance in it went unrewarded. Maybe he'll have better luck with The Founder, which gives him a showcase role as Ray Kroc, the man who made McDonald's the household name it is today. Initial word is that the movie is neither a glowing tribute nor a righteous excoriation, so how you yourself react to it is probably going to depend upon how you feel about moral ambiguity (and McFlurries). The movie was bounced all around the 2016 release slate, and even opened in Australia and New Zealand two months before its U.S. rollout. Hopefully, that's not a sign of lack of commitment on the studio's part, or Keaton could once again end Oscar night holding something other than a statue. You know, like a McFlurry. (PG-13)

Split Remember when we used to refer to dissociative identity disorder as "split personality" or even "schizophrenia"? That was back when M. Night Shyamalan movies used to open in the summer. Now, the January doldrums are the chosen home for all the latest Night terrors – like this latest one, in which a man with 24 different personalities kidnaps and threatens three young women. So it's Sybil crossed with Ariel Castro? Poor taste, right? Actually, the movie is based on the true story of Billy Milligan, the first person to beat a murder rap thanks to a diagnosis of schizophrenia. I mean split personality. I mean dissociative identity disorder. Damn, there I go again! And it's not even summer. (PG-13)

The Crash In the near future, a bunch of white-collar criminals are recruited to save the country from an impending cyberattack. (The betting starts here that the culprit is a 400-pound guy sitting on his bed.) Executive producer and star Frank Grillo spent a year working on Wall Street before going into acting, which should lend at least 12 months' worth of verisimilitude. Still, the AV Club called the movie "a poor man's version of itself" – a line that deserves an Academy Award for Sickest Burn. (R)

Elle It just won the Golden Globe for Best Foreign-Language Film and Best Actress in a Drama. So why did Paul Verhoeven's Elle get dumped in Orlando with only three days' notice? Maybe because, while its animating incident is a brutal rape, it was also described by the Hollywood Reporter as a "hilarious comedy." Yep, that's a tough needle to thread, all right. And I'm sure similar considerations were behind newly honored star Isabelle Huppert's name being misspelled in the last-minute promo email we received. I mean, it couldn't just be that everybody hates the French or something. (R)