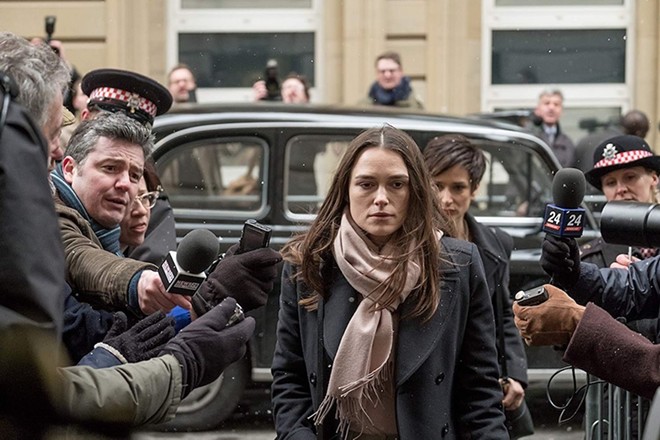 In 1989, under Margaret Thatcher, the United Kingdom amended its Official Secrets Act to make it easier for the government to convict people who leak security information. This revision left many subsequent whistleblowers twisting in the wind.

Fourteen years later, during the buildup to the Iraq War, an employee of Britain’s Government Communications Headquarters (GCHQ) put the revised act to the test. When asked to assist the U.S. National Security Agency (NSA) in its illegal effort to gather information on United Nations members in an attempt to blackmail them into voting for the war, Katharine Gun refused. Instead, she shared the top-secret plan with anti-war advocates, who gave it to a journalist at London’s Observer newspaper.

What happened next was widely reported in 2003, but, sadly, it’s been largely forgotten thanks in part to the drumbeat of history and the endless parade of new international nightmares. This begs the question: Why release a movie about this now? 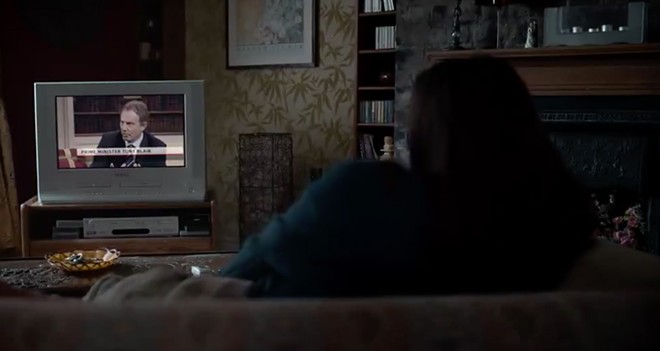 Well, it’s not like the producers didn’t try to make Official Secrets earlier. More than three years ago, the project began with everyone from Harrison Ford to Anthony Hopkins to Gillian Anderson attached. In 2018, the production was reorganized under writer-director Gavin Hood (Ender’s Game, Eye in the Sky) and actors Keira Knightley as Gun, Matt Smith (Doctor Who) as Observer journalist Martin Bright and Ralph Fiennes as Gun’s lawyer.

The wait was worth it, and, ironically, the film works better now because the events are less fresh. Indeed, if you know the outcome, Hood’s political drama-thriller might seem predictable. And in the first half, before things kicks into high gear, one is struck by the conventional bio-pic feel, which is fueled by real footage of George W. Bush, Tony Blair and Colin Powell. But then the script – co-written by Gregory and Sara Bernstein, and based on a book by Thomas and Marcia Mitchell – moves away from anti-war tropes and All the President’s Men mimicry into tightly paced, personal interactions and compelling humanism. It again proves that breaking the law is often the most moral choice. And that lesson is timeless.

“I work for the British people. I gather intelligence so that the government can protect the British people,” Gun tells her interrogators. “I don’t object to being asked to collect information that could help prevent a terror attack. What I object to is being asked to gather intelligence to help fix a vote at the UN and deceive the world into going to war.” 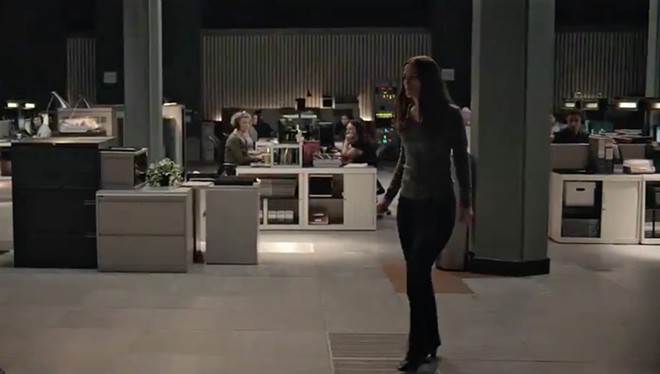 Smith, Fiennes and the rest of the supporting cast contribute nicely to the carefully balanced ensemble. Shaun Dooley (Gentleman Jack), as Gun’s interrogator, is particularly memorable for his laser-focused intensity. But it’s Knightley who lights her usual fire under everything. From Pride & Prejudice to Atonement to Anna Karenina to The Imitation Game, Knightley has shown not just that she’s one of the greatest actors of her generation, but that she is one of the best at picking projects. And even if you’re one of the few stalwarts who still thinks the Iraq War was worth the agonizingly high toll in lives, treasure and geo-political brouhaha, you will root for Gun because of Knightley’s astonishing ability to connect to her audience and her fellow actors.

Ten years after the story broke, Bright reflected on his journalistic coup by interviewing Gun. Fearing her heroic act had been forgotten, she lamented, “It’s not even a footnote in the history of Iraq.”

Thanks to this film, it’s now a chapter.