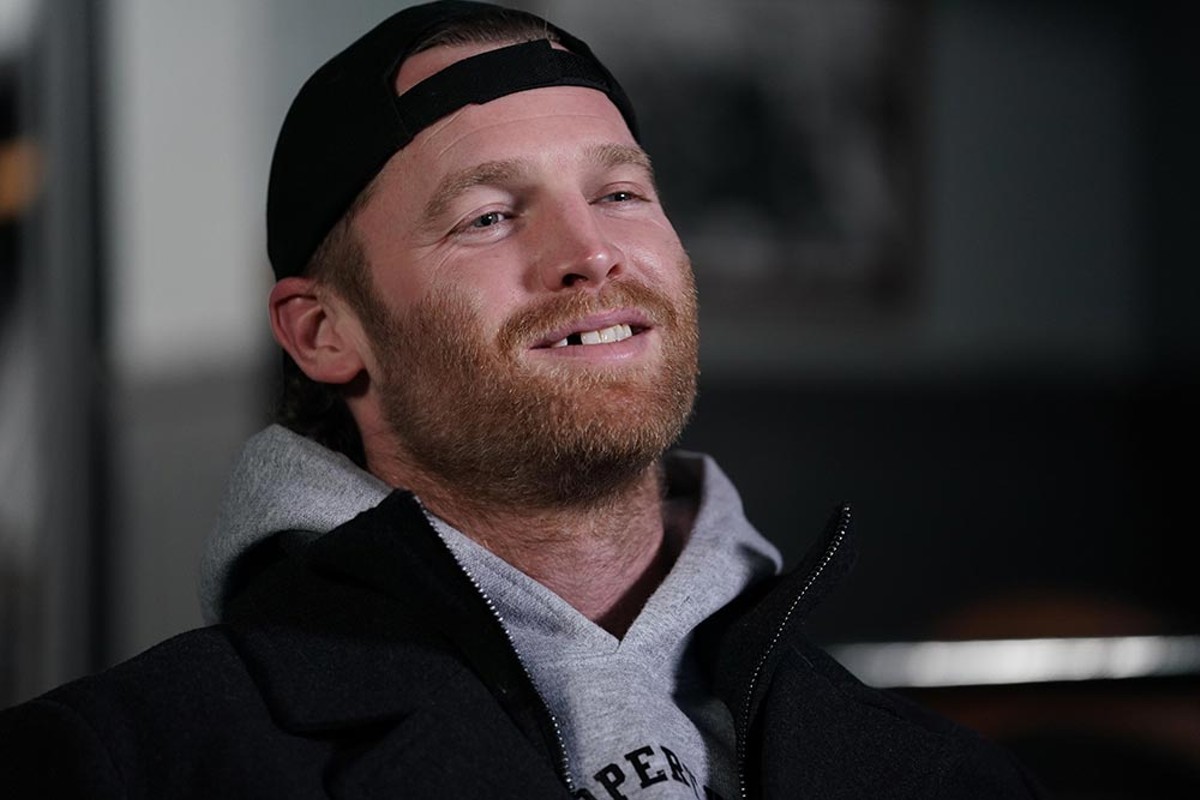 Somebody Feed Phil — In Season 5, Phil Rosenthal samples the native delicacies of exotic locations like Oaxaca, Helsinki and both Portlands. The Oaxaca episode was previewed at the recent Netflix Is a Joke Festival — yes, the same one where Dave Chappelle got attacked on stage. What are you trying to do there, Phil? Become the next Anthony Bourdain? (Netflix)

A Banquet — Scottish filmmaker Ruth Paxton makes her contribution to the body-horror genre with the story of a widowed mother whose teenage daughter stops eating after exposure to a supernatural force. Or, as we call them on this side of the pond, "influencers." (Shudder)

Look at Me: XXXTentacion — Was the Plantation-born rapper and poster child for depression really trying to turn his life around when he was shot and killed in a 2018 robbery? Or would he have just gone on viciously beating girlfriends as he was alleged to have done in life? Personally, I'd like to think it's the former. The latter is just too ... well, depressing. (Hulu)

My Little Pony: Make Your Mark — This 44-minute feature serves as an appetizer for a full series that's coming in September, continuing the adventures of new-generation equine heroes Sunny Starscout, Izzy Moonbow, Hitch Trailblazer, Pipp Petals and Zipp Storm. Honestly, I'm pretty sure those are all guys who used to sell me X at Firestone. (Netflix)

That Damn Michael Che — The second season of the SNL stalwart's faux-autobiographical sketch show begins with an episode poking fun at so-called cancel culture, which Che recently told The New York Times he doesn't believe exists. If God had a sense of humor, the series would be canceled immediately. (HBO Max)

Tig 'n Seek Season 4 — In Season 3, 8-year-old Tiggy and his cat Gweeseek matched wits with a thief, stepped up to fend off an alien attack and went camping. Whatever's going to happen this time, I can't imagine it being any more of a challenge. Because holy crap do I hate camping. (HBO Max)

Iain Stirling: Failing Upwards — The Scottish comic takes a break from hurling voice-over quips on Love Island to perform a set of his own stand-up material. If that Ozzy Man guy hadn't been so busy lately spewing verbal lava all over the Johnny Depp trial, maybe this could have been him instead. (Amazon Prime)

Kick Like Tayla — The title of this doc is intentionally bittersweet, because not only is 25-year-old Tayla Harris a superstar of Australian soccer, but she's also become a figurehead in the fight against online harassment. See, when she's in the midst of an amazing kick, you can sometimes almost see her goods, which seems to amuse some desktop primates no end. The definition of sexism is when you're preoccupied with this kind of stuff but you don't recognize "bend it like Beckham" as a world-class double entendre. (Amazon Prime)

Star Wars: Obi-Wan Kenobi — Here's a real Jedi mind trick: Disney has found a way to sell you a series spun off from those three Star Wars movies you absolutely hated. (No, the other three.) But search your feelings, and you'll realize you've always needed to know what happened between the time Anakin Skywalker became Darth Vader and the moment Luke developed an unhealthy interest in power converters. Plus, Ewan McGregor is back in the title role, and you remember what a raw deal he got the first time. Oh, and Hayden Christensen is returning too, but this is not the selling point you're looking for. (Disney+)

Shoresy — The popular supporting character from Letterkenny gets his own series, in which he becomes a player for Sudbury's AAA hockey team. This will be the first time Shoresy is seen in full face, which is an honor that was never bestowed upon Home Improvement's Wilson, Cheers' Vera, Frasier's Maris, or hell, even Carlton Your Doorman. Just try not to think about what a wash-out Happy Days' Jenny Piccalo was when we finally saw her. (I'm still livid about that!) (Hulu) 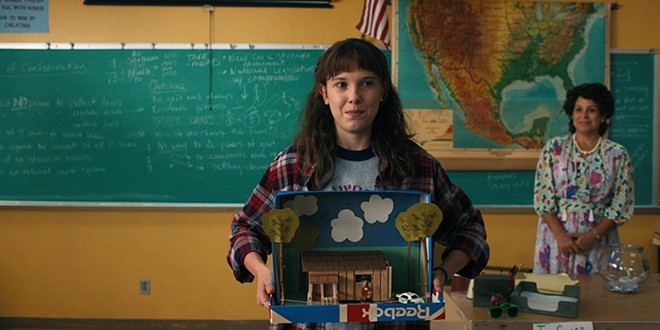 Stranger Things 4 Volume 1 — We haven't visited the Upside Down since the real world itself got turned upside down, so Eleven and her pals are making up for their three-year absence with a season that's said to be bigger and more expansive than any we've seen yet. So big and expansive, in fact, that it had to be split into two volumes. Volume I promises such fan-friendly treats as the return of Sheriff Hopper, who seemed to have been disintegrated in Episode 25 but is revealed to actually be a captive of Russia. Hey, there are worse ways to stay alive. Just ask Rand Paul. (Netflix)

We Feed People — It kind of puts me on edge when the title of a National Geographic documentary about international relief efforts sounds like something you'd find on a Kanamit's bookshelf. But director Ron Howard swears his film is a profile of chef José Andrés and the World Central Kitchen, who provide food to victims of disaster — and not a stealth recruitment flick for hungry extraterrestrials. I'll believe it this time, because it's Opie. That brother of his, Clint, however ... now there's a space alien if ever I've seen one! (Disney+) 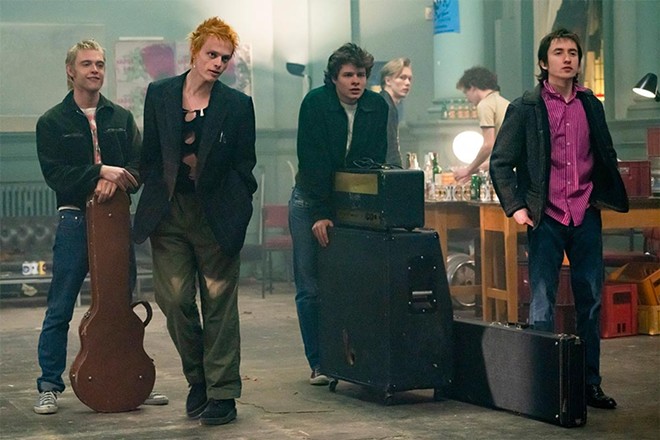 Pistol — Johnny Lydon was totally invested in the Sex Pistols being a democracy until he realized "majority rule" might not always benefit him. So now, brought to you with the full endorsement and authorization of Steve Jones, Paul Cook and Glen Matlock (see what I did there?), here's the story of four outwardly hopeless yobbos who found a way to change the world of music forever. And one of them who decided that what he really liked was selling butter. (FX on Hulu)