Did we need yet another film version of Louisa May Alcott's classic novel Little Women, which has been adapted for the big screen and for TV at least 20 times? Turns out the answer is a resounding "Hell, yes!"

Writer-director Greta Gerwig has given us an absolute treasure of a movie, one that is, for a wonder, hugely faithful to the book in the broad sweep yet also skeptical of it in just the right way. Gerwig tells a tale we all know so well with a change of emphasis here, a small twist there, not merely for the sake of something new or to "update" it but to engage in a conversation with the book. This is a 21st-century-feminist interrogation of an 1860s book that recognizes the cultural pressures that Alcott was under, as a woman and as a writer, even as she wrote about bucking expectations ... and the pressures that Gerwig, as a filmmaker, and the girls and women in her modern audience are subject to as well.

Gerwig's interpretation is timely and timeless, traditional and modern, which seems like the best reason to have bothered with a new film version of it at all.

Ingeniously, Gerwig mixes up the timeline of the journey of the March sisters of Concord, Massachusetts, as they grow into womanhood during and just after the Civil War. This works partly as a smart way to give priority to the more dramatic bits – here's the youngest, Amy (Florence Pugh), already on her exciting European grand tour right at the beginning of the story! But mostly it serves Gerwig's purpose of looking askance where the themes need some rebalancing that Alcott is unlikely to have had any problem with. So literary tomboy Jo (Saoirse Ronan) is already in New York as the film opens, talking with a newspaper editor (Tracy Letts) about publishing her short stories, and their conversation – his grudging admiration for her writing, her grudging willingness to accept his editorial guidance – sets the tone for everything to come: sly, layered in winking awareness that this movie is constructing itself for entertaining consumption within certain narrative confines and tropes, just as Alcott was doing with her fiction.

Yet there's nothing dry in Gerwig's reading between Alcott's lines. Quite the contrary: This is a film electric with the task of bringing the March sisters (also featuring Emma Watson as Meg and Eliza Scanlen as Beth) to living, breathing life in ways that feel so very fresh. The meta that Gerwig delightfully finds will, I think, satisfy purists who will brook no deviation from the book as well as those of us who might yearn for a story that can be more progressive than Alcott was able to publicly be. The result is a movie that is timely and timeless, traditional and modern; it's a very welcome reappreciation and interpretation of Alcott and her novel. Which seems like the best reason to have bothered with a new movie version of it at all.

That perfect-for-right now feeling is only deepened by some fine performances: Chris Cooper as the Marches' neighbor Mr. Laurence moved me to tears in the quiet moment in which he listens to Beth play his long-neglected piano; Laura Dern as Marmee did the same at a difficult mother's moment. Laurie, the neighbor boy who becomes like a brother to the Marches, is more of a jerk than we're used to seeing, which feels like a cheeky tweak to Timothée Chalamet's Sensitive Young Man persona by both the actor and Gerwig. Ronan beautifully finds a path among Jo's passion and temper and intellect that, in the tenor of her performance alone, is a testament to the conflicting directions in which young women – even today – are pulled. And the jumping around in time means we get to see how extraordinarily Pugh lets her Amy mature from spoiled brat to sophisticated and wise young woman with frequent side-by-side comparisons.

I'd love to now throw every classic novel about women at Greta Gerwig and see what she makes of them all. I bet she'd do something amazing with Wuthering Heights or, I dunno, Little House on the Prairie. Someone make that happen sharpish. 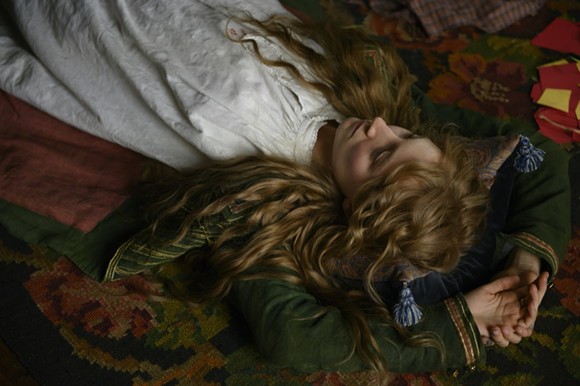