‘Great British Bake Off’ star Nadiya Hussain gets a spinoff; Lakeith Stanfield smolders in ‘Judas and the Black Messiah’ 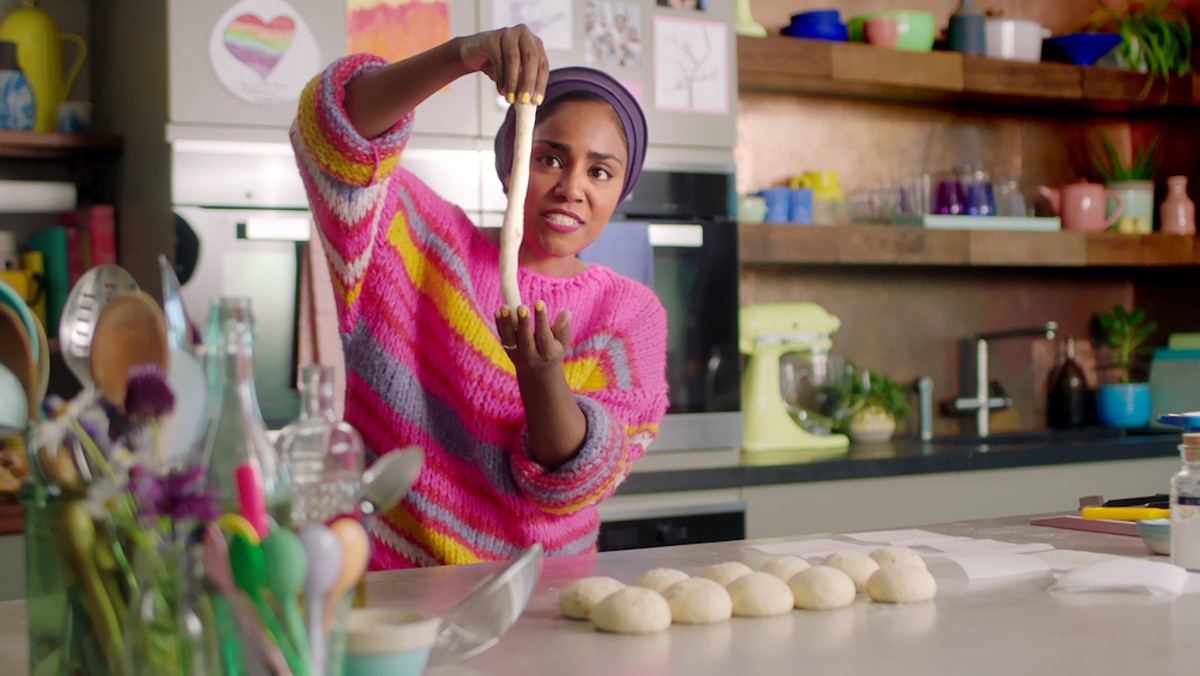 Crime Scene: The Vanishing at the Cecil Hotel — Acclaimed documentarian Joe Berlinger presents a new series about notorious American locales. Season 1 takes us to the titular hotel, the site of everything from homicides to abductions. Worse yet: no 2-in-1 shampoo in the rooms! (Netflix)

After Midnight — This original horror flick invites us to ponder which is worse: your spouse leaving you unexpectedly or an inhuman monster invading your property. "Sounds like an even trade," say married couples everywhere. (Shudder)

Red Dot — A Swedish husband and wife have to address the cracks in their relationship while fleeing deranged hunters. Boy, does the streaming world know how to do Valentine's week or what? (Netflix)

Squared Love — A Polish journalist falls in love with a schoolteacher who's masquerading as a model. And when a rabbi walks into a bar, the joke really gets going! (Netflix)

Buried by the Bernards — Go behind the scenes of a family funeral home in a reality series that's full of ... maggots? No, silly! Warmth and laughs! (Netflix)

Hate by Dani Rovira — The Spanish stand-up comic runs down all the things he doesn't like. In a sop to the COVID era, "airline food" has been replaced by "a permanently compromised immune system." (Netflix)

Inside Pixar: Portraits — Enjoy mini-biographies of the diverse team that keeps the studio humming. Among the many fascinating revelations: "Brad Bird" is what John Lasseter called his penis! (Disney+)

Joe Bob Put a Spell on You — Two romance-themed horror features are brought your way by the one redneck in America's who isn't facing charges for treason. (Yet!) (Shudder)

Marvel's Behind the Mask — Get to know the creative geniuses who built the world's favorite comics brand. (Now that the coast is clear and we can admit Stan Lee had help.) (Disney+)

The Map of Tiny Perfect Things — In the umpteenth retread of Groundhog Day, a teenage boy and girl get to stop and smell the roses when they have to live the same day over and over again. Hey, kids: NOW YOU KNOW WHAT MIDDLE AGE IS LIKE. (Amazon Prime)

To All the Boys: Always and Forever — The final installment in the teen romcom trilogy sees lovers Lara Jean and Peter confronting the challenges of adult romance. Boy, wait until they learn about polyamory! (Netflix)

The Crew — Kevin James is back in a new sitcom about NASCAR. Because you have sinned. (Netflix)

Animals on the Loose: A You vs. Wild Movie — This interactive children's film has young viewers helping Bear Grylls track down refugees from an animal sanctuary. Don't look now, kids, but what's John Lasseter doing to that caribou? (Netflix)