The reimagined ride opens next year 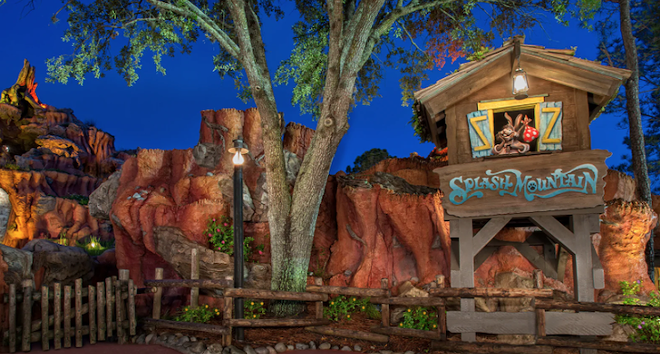 In operation since 1992, Splash Mountain has more recently garnered increasing complaints due to its ties to the controversial film Song of the South. Objections like those included in this Change.org petition have noted the 1946 film's racist stereotypes and idyllic depictions of plantation life.

Disney World announced in 2020 that it would reimagine the long-running ride and reopen it as Tiana's Bayou Adventure in 2024. The new ride, based onThe Princess and the Frog, which features Disney's first Black princess, will pick up soon after the events of the film. Set in 1920s New Orleans, Tiana has created Tiana's Foods, a co-op built into the mountain (reimagined as a salt dome). The immersive ride will feature zydeco music and a slew of animatronic creatures preparing to host a musical celebration.

Some fans tried to fight the change, with no success. California's Disneyland is also set to transform its own Splash Mountain, though a closure date has yet to be announced.