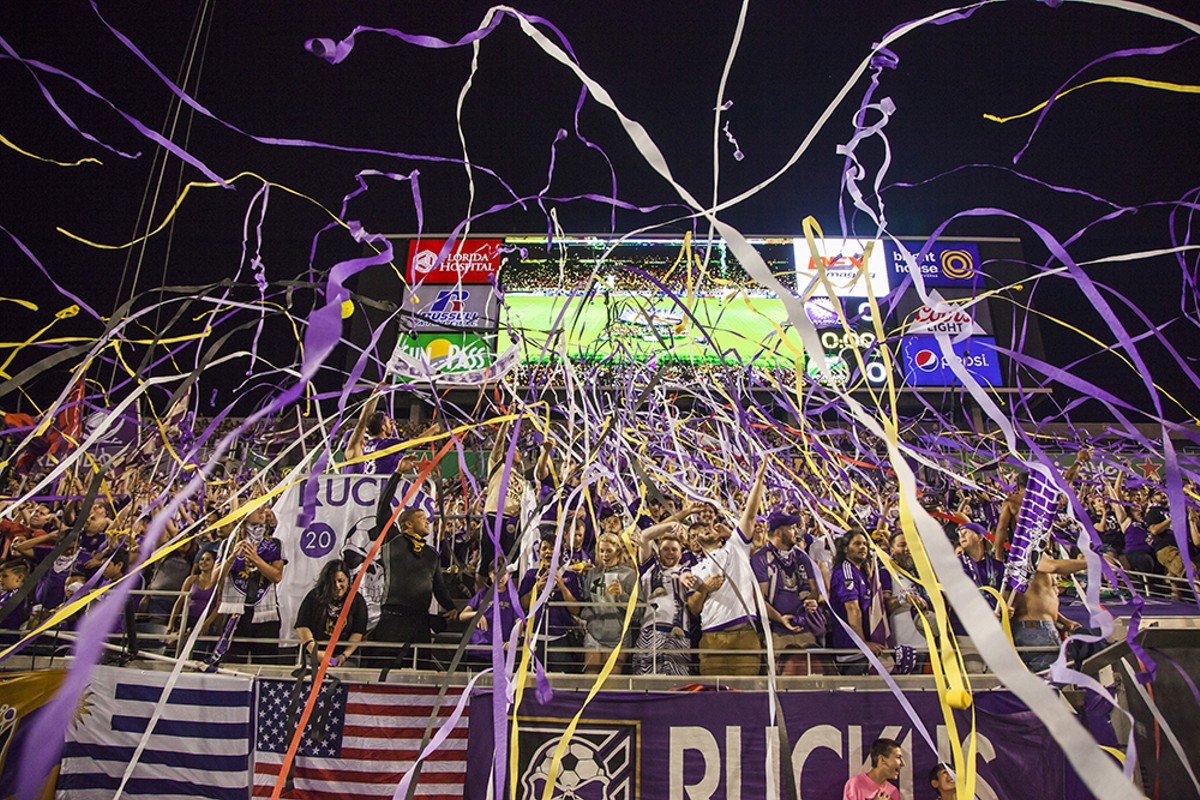 Have you been living under a rock? The Orlando City Soccer Club (nicknamed the Lions) is the City Beautiful's Major League Soccer franchise. The Orlando Pride is their female counterpart, added to the family just this year.

OK, should I know any of the players?

Kaká – he's kind of a big deal and also the team's captain. He's like our own Brazilian Beckham. Then there's Alex Morgan, star forward of the Pride. She's an Olympic gold medalist and FIFA Women's World Cup champion. Just sayin'.

They play at the Citrus Bowl, right?

Yeah, for now, except it's called the Camping World Stadium as of April because money. But the team's own stadium is being built as we speak; they hope to move in next year.

Should I bother driving there?

Maybe not all the way. Sure, there's stadium parking that can be pre-purchased via TicketMaster. But your best bet is to park anywhere downtown and take the free Lynx Lymmo service to and from the stadium.

Totally. Parking lots 7, 10 and 11 open six hours ahead of MLS games and are designated party zones. Feel free to join in with Orlando City Soccer Club's two official supporters groups, Iron Lion Firm and the Ruckus, who will most likely be the first to arrive. Outside the stadium, food trucks and live music keep the party going right up to kickoff.

Soccer fans are a breed of their own, and ours are considered some of the loudest in the league. Expect the crowd to be chanting, singing, yelling, waving flags and beating on drums, while a black-and-white ball is passed incessantly back and forth on the pitch and the action is punctuated by players making dramatic dives and feigning injury.

What should I wear?

Purple and gold. Pick up some Orlando City gear at the team shop, online or even at Publix if you're super-lazy. Or just sport the colors, if you've got them in your closet – and don't forget comfortable shoes, a hat and sunglasses, or you'll be sorry.

Is there anything I should bring to the game?

Pretty much only your ticket and a go-with-the-flow attitude. You'll need both.

What shouldn't I bring?

Pretty much everything else. Prohibited items include, but are not limited to, musical instruments (unless prior permission granted), outside food or beverages, alcohol, weapons, drugs, flares, smoke bombs, backpacks, laser pointers, tablets (leave that iPad at home), skateboards, umbrellas, and a bunch more: check the Gameday Code of Conduct at orlandocitysc.com if you're unsure.

But what if I need something?

Anything you could want in terms of refreshments and souvenirs is available in the stands. (Why hello, loaded nachos and mango-rita.) Go City!