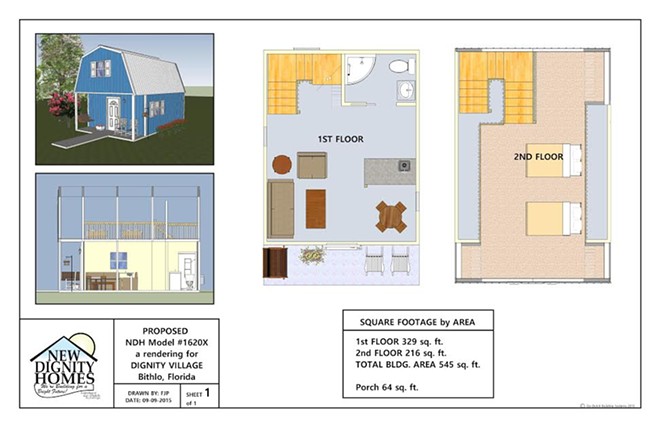 Tim McKinney, CEO of local nonprofit organization United Global Outreach, has plans underway to give the homeless the thing they need most – not soup kitchens or shelters, but homes.

McKinney, who spearheaded the Transformation Village in Bithlo that has brought resources, a school and (most importantly) hope to the little town east of Orlando that has been all but an afterthought for Orange County government, has plans to build what he's calling the Dignity Village to Bithlo. The project will focus on creating a group of 545 square-foot homes with 64-square-foot porches where people who can't afford typical rents in the area.

We have questions out to Tim McKinney to find out how many tiny homes are planned for Bithlo, and we're waiting for a response. But according to a story published in May in the Orlando Sentinel, the initial phase of the "Dignity Village" is supposed to have 43 houses, and rent would be approximately 30 percent of a tenant's income.