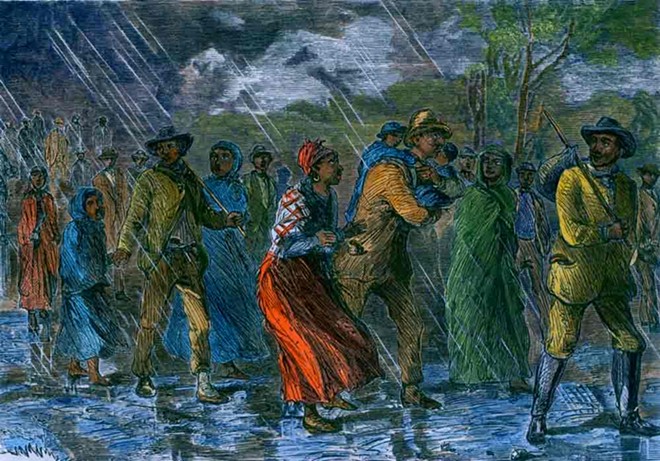 The moment the U.S. Supreme Court’s right-wing bloc washed its hands of the Texas law that made private citizens abortion bounty hunters, it was only a matter of time until other Republican states tried to one-up them.

Missouri has proudly taken the lead. Last week, its legislature debated a bill that would ban all abortion — not just those more than six weeks after conception, as in Texas — through the same “private enforcement” scheme. But there’s another twist.

While most women who were denied abortions because of Texas’ law ordered abortion pills or went to a neighboring state, Missouri’s bill would allow bounty hunters to sue anyone who helps a Missouri resident obtain an abortion anywhere.

Missouri’s law is, of course, blatantly unconstitutional. And not merely for the reasons Texas’ law is — or should be — unconstitutional. It’s also that Missouri has no authority to regulate what transpires outside of its territorial boundaries. The notion that someone (not necessarily a Missouri resident) can sue an internet service provider for hosting a website in Illinois or California or anywhere else “that encourages or facilitates efforts to obtain elective abortions” is, or should be, absurd.

Then again, the Supreme Court’s conservatives haven’t been entirely beholden to precedent lately. And, technically, the Fugitive Slave Act was never declared unconstitutional.

That’s not Missouri lawmakers’ only “innovation” in their quest to control the uterus. Representative Brian Seitz’s HB 2810 makes it a felony to traffic “abortion-inducing devices or drugs” — and the most serious felony, with as high as a 30-year sentence, is reserved for doing so if those devices or drugs are used to abort a fetus older than 10 gestational weeks or an ectopic pregnancy.

You read that last part correctly.

Ectopic pregnancies — when the fetus implants outside of the uterus — are always nonviable and often harmful, even fatal, to the mother. Seitz has no idea what an ectopic pregnancy is, and he’s writing laws to prevent women from getting medical care to treat it.

Unsurprisingly, his bill is based on other scientific fallacies. In a hearing last week, he argued that abortion medications can “actually kill a woman.” When a journalist pointed out that, in real life, those meds are safer than Tylenol and 14 times safer than childbirth, Seitz responded, “I’m not a doctor.”

In this same spirit, Idaho Republicans declared transgender youth an “emergency” and not only made it a felony to provide minors with gender-affirming health care — puberty blockers, hormone therapy, etc. — but also made it a felony for parents to take their children across state lines for treatment. Both crimes are punishable by life imprisonment.

Again, in more normal judicial times, such legislation would immediately be laughed out of federal court. But these times are not normal.

Texas was no slouch in the anti-trans department, either. At the governor’s direction, the state’s child welfare agents were investigating parents who provided their children with gender-affirming care as abusers — until a state judge shut that down last week. The state has promised to appeal, and it seems more likely than not that the legislature will intervene if a higher court doesn’t.

Across the country this year, Republicans have proposed nearly 30 bills that seek to prevent transgender children from accessing health care. Eleven states have banned transgender girls from participating in school sports. Republicans in Tennessee and Wisconsin have introduced legislation to pre-empt local anti-discrimination protections.

Then there’s Florida’s grossly homophobic “Don’t Say Gay” bill, which seeks to eradicate any mention of sexual orientation or gender identity from the state’s elementary classrooms and allowing parents to sue if they believe little Johnny was forced to endure an “age-inappropriate” discussion about The Gays. (Here again, enforcement by bounty hunter.)

When Disney’s CEO belatedly weighed in against the bill, Gov. Ron DeSantis’ spokeswoman dismissed the entertainment behemoth as a “woke corporation” and insinuated via tweet that critics of the bill are pedophiles grooming children for sex.

DeSantis banked $50,000 from Disney, while the state GOP brought in more than $900,000 during the 2020 cycle. (Having helped bigots take control of the state, Disney has now paused its political donations.)

There are a few common themes in these examples. One is the constant search for new culture-war territory — another way to define themselves in opposition to the “wokes” and own the libs — which is the closest thing the post-Trump GOP has to an agenda.

The other is control: leveraging power to impose white, Christian, heteronormative values on a society whose people — especially young people — are rejecting them. In that sense, the Fugitive Slave Act was little different. Southern states asserted the primacy of their beliefs over others’ freedoms and — by threatening secession — bent the rest of the country to their will.

We haven’t gotten to secession. But Republicans are trying to privilege their beliefs over the rights of others.