The $15 million comes from a large pharmacy settlement. 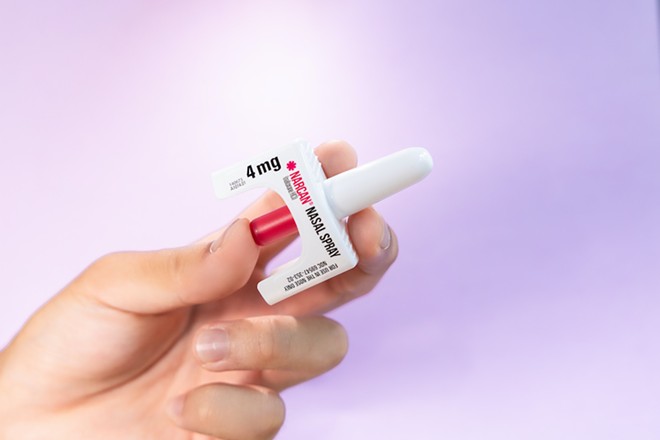 Adobe
Kloxxado delivers twice as much naloxone as Narcan, also in a nasal spray.

Central Florida recently received $15 million as part of a settlement in a lawsuit filed against pharmacy chains like CVS and Walgreens for their role in the opioid addiction crisis. And already some of those funds have found their way to local programs and organizations seeking to prevent and mitigate drug overdoses.

In Orlando, the nonprofit Project Opioid is going directly to bars, restaurants and nightspots downtown both to educate these establishments on overdose prevention and training — and to provide them with Kloxxado, if they so choose.

Kloxxado is a more powerful form of the Narcan nasal spray currently used to treat victims of an opioid overdose. Narcan delivers a metered dose of 4 milligrams of naloxone, whereas Kloxxado delivers 8mg.

As synthetic opiates (especially fentanyl) became too potent for a single dose of Narcan, Kloxxado is a timely new tool. The FDA-approved spray can be used to safely treat overdoses, without any medical training.

Project Opioid will be distributing Kloxxado doses to businesses in downtown Orlando over the next several months. The distribution is part of the Downtown Overdose Reversal and Intervention Program, which aims to mitigate opioid addiction and overdoses in the area.

“Downtown is the epicenter for our nightlife, and unfortunately the same can often be said of our drug scene,” said Project Opioid founder Andrae Bailey in a press statement.

Over 5,000 units of this drug were given to Project Opioid by Hikma Pharmaceuticals, according to the Orlando Sentinel.