"A star has been blotted out, but only briefly."

It's hard to believe we've been in a world without Billy Manes for 10 days now.

It doesn't seem like a possibility, but for those who don't already know: Billy Manes, writer, activist and longtime columnist for Orlando Weekly, passed away just after 4 p.m. on Friday, July 21, at the age of 45.

Manes' impact on Orlando Weekly – and Orlando – is difficult to overstate. Though he started in classified ad sales, Manes made a rare leap into editorial. His prescient "B-List" column took on minor celebrities in a way now universal throughout the web; it segued into the nightlife column "Blister," which in turn gave way to his cutting front-of-the-book local political column, "Happytown."

When Billy ran for mayor of Orlando during a special election in 2005, he became the first openly gay mayoral candidate in Orlando history. Though the special election was canceled, "Billy Manes for Mayor" bumper stickers and T-shirts are still a prized commodity for many an Orlandoan. Two of the searing cover stories (among so many) that he produced are, in his inimitable style, very personal ones: "Mantrimony," his 2007 chronicle on assembling all the legal paperwork that would add up to a marriage for himself and his partner Alan in Florida pre-Obergefell, and "'Til death do us part," in which he detailed Alan's suicide and the ways in which the lack of marriage equality complicate gay lives after a partner's death.

Manes left Orlando Weekly to take on the role of editor-in-chief of the LGBT-focused Watermark on June 22, 2015. After the mass shooting at the gay nightclub Pulse on June 12, 2016, Manes became the voice of a grieving community, appearing on MSNBC and NPR. On the one-year mark of the tragedy, Manes reflected in a Watermark column that Orlando achieved the remarkable feat of pulling different people in the city together after Pulse.

"This was no time to hide behind your couch cushions and cry at the television broadcasts," he wrote. "This was a time of people connecting – arm and arm, blood to blood – in the manner that societies do when tragedy strikes." 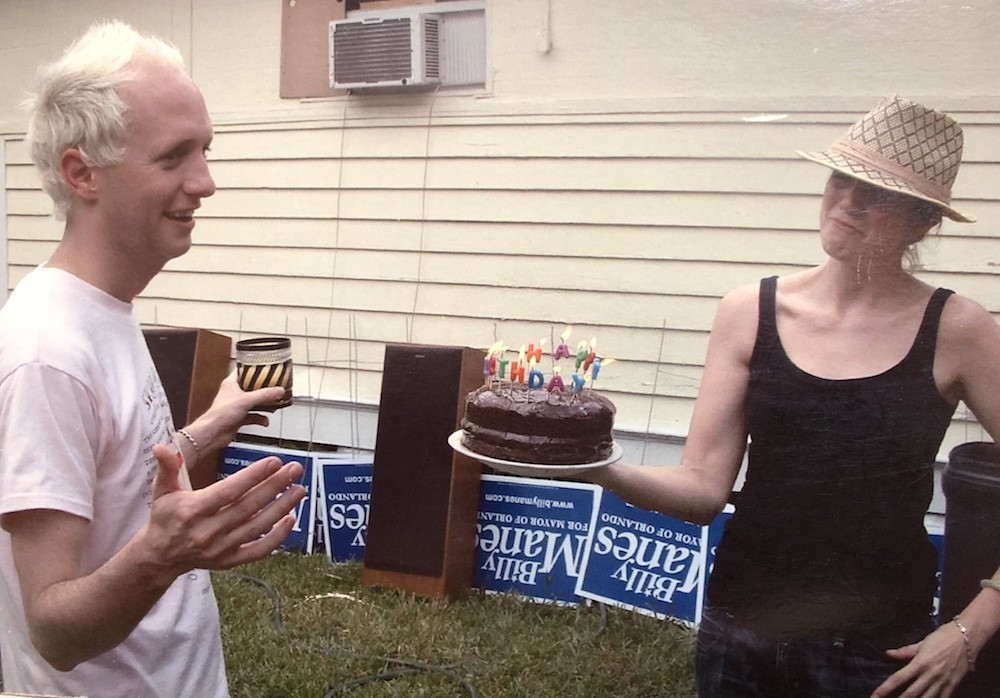 Now I'm left without my oldest friend in Orlando. When I started at Orlando Weekly as copy editor in 2003, Billy was already ensconced here as a fabulous columnist. As I despaired over untangling his sentences and deciphering his trademark verbings, he got curious about just who this Chicagoan messing with his words was. So he invited me to brunch. At that brunch I met Billy, Dave Plotkin (my other longest-term friend here) and my boyfriend of 13 years. So I owe Billy plenty – not just for my happiness, but for all the things he taught me. How to honor the author's voice while smoothing out their grammar. All sorts of British pop-music magazine slang ("graft?") and Southernisms I'd never heard ("bow up?"). How to make yourself get off the couch and go even when you don't want to. How to defeat the haters by hiding absolutely nothing. And never to leave the house without putting on one fabulous piece.

After Billy parted ways with Watermark last month, I hatched a plot to get him to come back to Orlando Weekly, in some capacity. I couldn't believe we might be so lucky as to work together again. But I never got to discuss it with him in real detail; he went into the hospital before we had a chance to talk about it, and he never came out. For that I will be eternally sorry, but I'm so very grateful I spoke to him twice in the days before he stopped being able to talk. His voice echoes in my head.

As I put the final touches on this piece, the news is full of two things: the defeat of the "skinny repeal" (oh how Billy would have loved that moniker) and the upcoming total solar eclipse. Maybe it's a common impulse in the wake of loss to see connections everywhere to the one you've lost, but I can't help seeing both of these as emblematic of Billy. Health care? Justice is served, for the moment, but we'll have to keep fighting hard. And the eclipse? A star has been blotted out, but only briefly – the light lives on and will shine on us again.

There's not enough paper and ink in the world to print remembrances, tributes and words of love from everyone who loves Billy. So, because Orlando Weekly was his work home for almost two decades, here are some memories from people who worked with him. If you'd like to make a gesture in memoriam, his husband asks that contributions be made to the causes closest to his heart: the Pride Fund to End Gun Violence, Planned Parenthood of Southwest and Central Florida, and Organize Florida.

Jessica Bryce Young is editor in chief of Orlando Weekly.